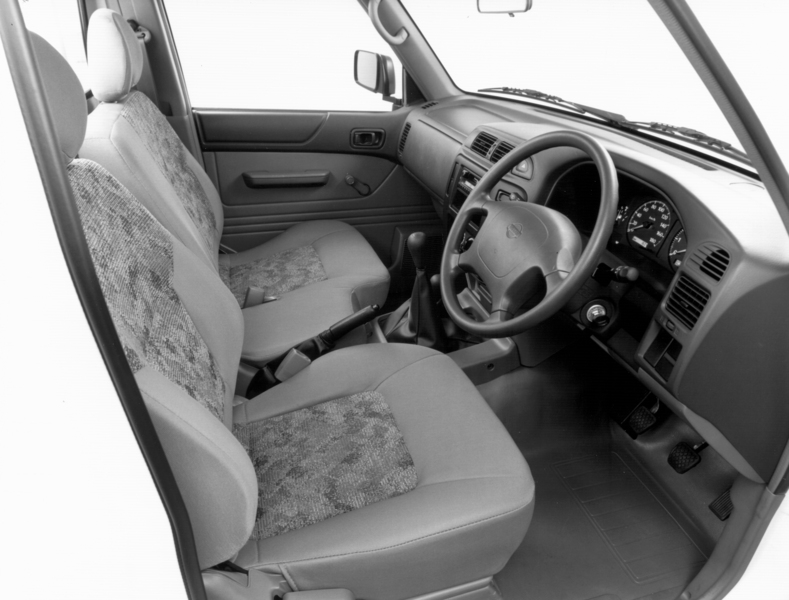 This was the debut of Nissan's 4.2-litre inline six-cylinder turbocharged diesel engine. Initially available only in the workhorse models, it was introduced into the ST wagon in June 1999
1999 was a big year for Nissan. In April, Nissan expanded the GU Patrol 4WD lineup with the launch of Cab Chassis models, available with a choice of turbocharged or naturally aspirated 4.2-litre diesel models and coil or leaf sprung suspensions.

This was the debut of Nissan's 4.2-litre inline six-cylinder turbocharged diesel engine. Initially available only in the workhorse models, it was introduced into the ST wagon in June 1999.

The cab chassis models were available in two specification levels -- the base model DX or more upmarket ST -- both available with either turbocharged or naturally aspirated 4.2-litre diesel engine. ST models fitted with the turbodiesel engine were only available with all round coil suspension, but other models could be ordered with either coil or leaf sprung suspension.

There were five GU Cab Chassis models; two DX 4.2-litre naturally aspirated models - one with leaf, one with coil suspension.Three 4.2-litre Turbo models were offered - two in DX specification and one in the ST. The DX Turbo models were available with choice of coil or leaf suspension. 1999 pricing saw the entry level 4.2L DX model at $44,690, and the range topping coil ST Turbo model priced at $50,680.

Patrol's engine lineup was boosted by the introduction of the new large-capacity 4.2-litre turbocharged diesel powerplant. Delivering 114kW of power at 3600rpm and 330Nm of torque at 2000rpm, the new engine was developed in response to local demands both for towing and other commercial applications.

Nissan's 1999 GU Patrol Cab Chassis ST model was available only with all round coil springs and the 4.2-litre turbodiesel powerplant. The entry level DX model could be ordered with either a naturally aspirated or turbo diesel engine and with leaf or coil spring rear suspension. An innovation that Nissan introduced was that the GU Patrol Cab Chassis leaf sprung models actually came with coil front springs for improved ride comfort and a smaller 12.5 metre turning circle.

At the front, Patrol used long travel three link coils with heavy duty leading arms and an anti-roll bar. The coil-sprung rear suspension featured five link coils with trailing arms and an anti-roll bar. Both front and rear shock absorbers were double acting telescopic and were located behind the coil springs for protection. Strut valving and coil tension was retuned specifically for Cab Chassis models.

The Cab Chassis models could handle the roughest off road conditions - even when fully loaded - with a long wheel travel of 220mm of stroke at the front and 240mm at the rear, contributing to this performance. Cab Chassis models had a wading depth of 700mm, a 30 degree approach angle and 33.5 degree departure angle for all coil models, whilst leaf sprung rear ends were 30.8 degrees. The ramp angle for all models was 27 degrees.

All coil models came with four wheel-ventilated disc brakes with dual-piston calipers and semi-metallic pads. Front rotors were 306 x 32mm and the rears 316 x 18mm. All leaf spring models adopted drum rear brakes. Front/rear brake balance was handled by a linkage-type LSV valve to maintain braking performance regardless of the load being carried.

Patrol Cab Chassis models offered part time 4WD, with 2WD for normal road conditions. With front hubs locked, selection between 2WD and 4WD High range could be made while on the move. The chain-driven transfer case had a non-backlash mechanism, which comprised a sub-gear with one more tooth than the outer gear, which was tensioned by a dish spring to maintain chain tension. In 2WD the power path carried directly through the transfer case in a straight line.When 4WD was engaged, power was split so that the chain drive to the offset forward shaft was engaged via the chain.

Inside the cabin, the layout of the transmission and 4WD levers was identical to wagon models. A larger clutch was fitted to turbodiesel models, which delivered lighter pedal pressure. Like the Patrol wagons, improved double-cone synchronisers on second and third gears provided easier shifting in the heavily used ranges. First, second and fifth gears were shot treated and bearings reinforced for improved durability and reduced noise and wear. The gearbox casing was also strengthened for all GU models.

Driveline smoothness was enhanced by the addition of a diaphragm damper between the clutch servo and clutch pedal to reduce transmitted noise and pedal vibration.

The 1999 range of Nissan Cab Chassis models adopted the softer, more rounded styling of the Patrol wagons. This provided an imposing frontal form, with Nissan family front grille and beefy bonnet profile. The headlights were shaped to distinguish this Patrol from its predecessors and competitor's vehicles. Headlights were halogen, with improved strength and broadened beam spread -- 36 degrees over the superseded QG Patrol models.

The integrated front bumper highlighted the Patrol's wide stance and high ground clearance. Side-on, the Patrol has a high waistline, and large windows enhanced the roomy feeling of the cabin. Frameless one-piece doors contributed to the smooth profile appearance and were double sealed to reduce dust intrusion and noise.

A key objective of the new Cab Chassis Patrol was to provide customers with increased cabin space. Compared to the outgoing GQ Patrol, the GU had increased headroom by raising the roof and using a moulded roof lining, and greater depth by moving the rear wall of the cabin back 80mm. Other critical measurements were also improved with increased legroom, seat location, cabin width and a small transmission hump. 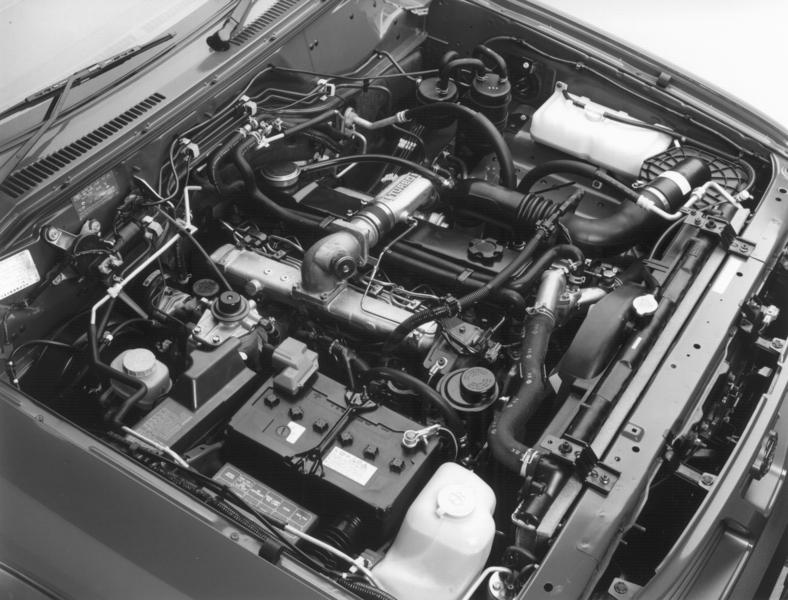 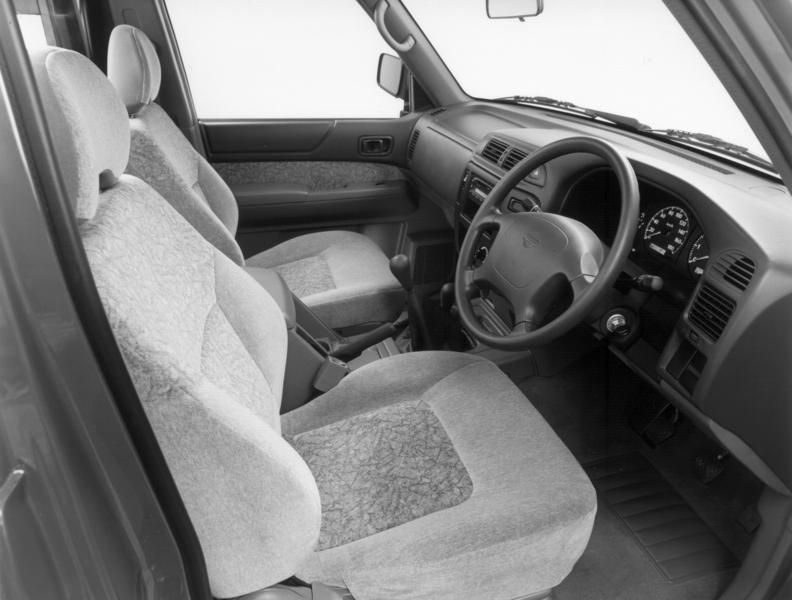