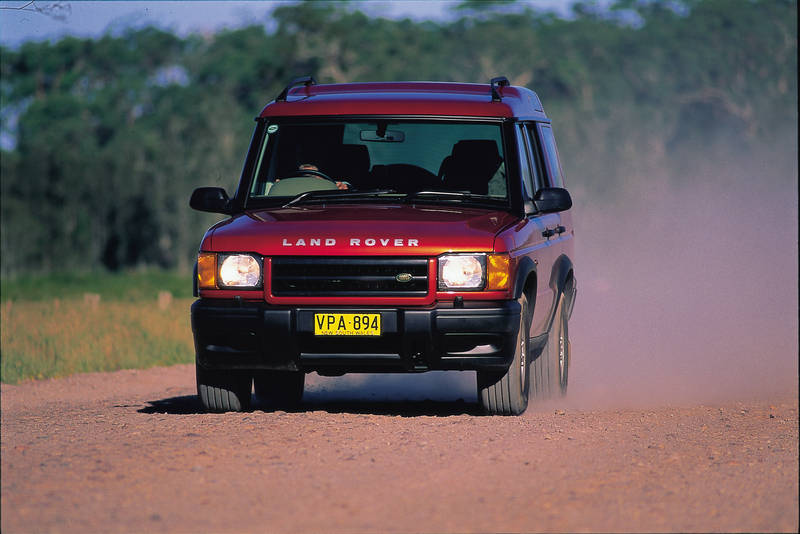 First unveiled to the public at the Frankfurt Motor Show in September 1989, it was the first new vehicle from Land Rover since the launch of the Range Rover back in 1970
With hindsight, it was undeniably a key model that went on to become a powerhouse global vehicle.

First unveiled to the public at the Frankfurt Motor Show in September 1989, it was the first new vehicle from Land Rover since the launch of the Range Rover back in 1970.

With the exception of the Range Rover, in the eighties Land Rover did not have a 4WD capable of challenging the Japanese manufacturers in terms of versatility, car-like comforts and all-round on/off road ability. The Land Rover County was a tired model compared with the well appointed Toyota LandCruiser, Nissan Patrol and Mitsubishi Pajero.

The tried and tested (and very successful) formula that had served Land Rover well for 40 years was no longer working. Sales were declining in favour of more contemporary 4WDs that were being used for 'soft' four-wheel driving, while Land Rover production costs were too high, and production techniques antiquated.

For the company to prosper the necessity for change was recognised and new managing director Tony Gilmore instituted a raft of changes to the way the company had traditionally done business. One of the key strategies was to push the Range Rover further upmarket, and to designate the workhouse models as the 'Defender' to separate their identity. Between the two extremes a new lifestyle/leisure market 4x4 was to be developed.

The concept behind the Discovery was bold: to marry the best from the upmarket Range Rover with the proven workhorse toughness of the Land Rover range. Would the attempt backfire? Would traditional markets be offended? For Land Rover there was a lot at stake.

Land Rover was synonymous with four-wheel drives and the Discovery signaled a dramatic new direction for the company. They sought to create a vehicle with two-wheel drive appeal, a vehicle that provided the level of creature comforts previously reserved for a normal car. Land Rover set about creating a new vehicle which offered sophistication as well as rugged off-road appeal. A Range Rover-like vehicle, but affordable to the masses! The result was the Discovery: a contemporary Land Rover, which once again rewrote the ground rules for new four-wheel drives.

Launch of the Discovery

First revealed in September 1989, the Discovery won immediate acclaim. It was launched in Australia at the Melbourne Motor Show in March 1991.

It was competitively priced below the government's luxury tax limit of $45,056.

The Discovery was only available in three-door V8 petrol configuration with five-speed manual transmission, yet even as a single-model vehicle was soon to make a major impact on the local scene.

It was initially introduced as a three-door estate wagon with a large one-piece rear door. The new body design incorporated a stepped roof in steel, welded to the monocoque body for strength and rigidity. All other body panels were constructed from high strength aluminium for longevity and reduced weight.

The body incorporated a large glass area for excellent visibility and interior spaciousness. Toughened tinted glass was fitted to all windows, and the windscreen was laminated. Fixed glass was applied to the alpine lights -- rounded 'ceiling' windows reminiscent of a much earlier Land Rover.

The fully integrated design of the interior was a major feature of the new vehicle. The interior fabric and colours were matched in Sonar Blue to "enhance Discovery's youthful image". There were textured passenger grab handles, door pulls, gear lever, transfer box gear lever and steering wheel. The Discovery was fully carpeted, including the cargo area.

A Clarion radio/cassette player was fitted with two door-mounted speakers and a retractable wing-mounted aerial. There were two interior lights, courtesy light operation on all doors, cloth inserts to doors, swivel ashtrays mounted in each door, moulded door pulls and armrests, four face level vents and six air vents, heater ducting to the rear, and a centre console-mounted oddment bin.

Replacing twin inward facing rear seats were optional storage bins for the cargo area, which were ideal for tools, recovery gear or other items often difficult to house. With rear seats installed, they could be folded into the lower bodyside trim beneath the window level.

Air-conditioning was optional and a higher specification stereo system was available. Other options were an electric pack, including power front windows, central locking, headlight power wash and electric adjustment of external door mirrors, which also contained heated elements for de-icing. A roof rack was also optional.

The Discovery was built on a rigid box-section chassis constructed from 2mm 14 gauge steel which was galvanised and electrophoretically corrosion-proofed for longevity. It was based on a 110-inch wheelbase. The front suspension featured linear rated coil springs, using double acting coaxial shock absorbers. The rear suspension used progressive rate coil springs. Power steering was standard, as was servo-assisted disc brakes front and rear. It was fitted with 205 x 16 Goodyear Wrangler dual purpose tubeless radial tyres. Colours consisted of white, red and charcoal. There were four micatallic finishes.

The Discovery was launched with a choice of petrol or diesel engines.

The diesel engine was not available at launch, arriving in 1992, along with a five-door model in two specification levels. 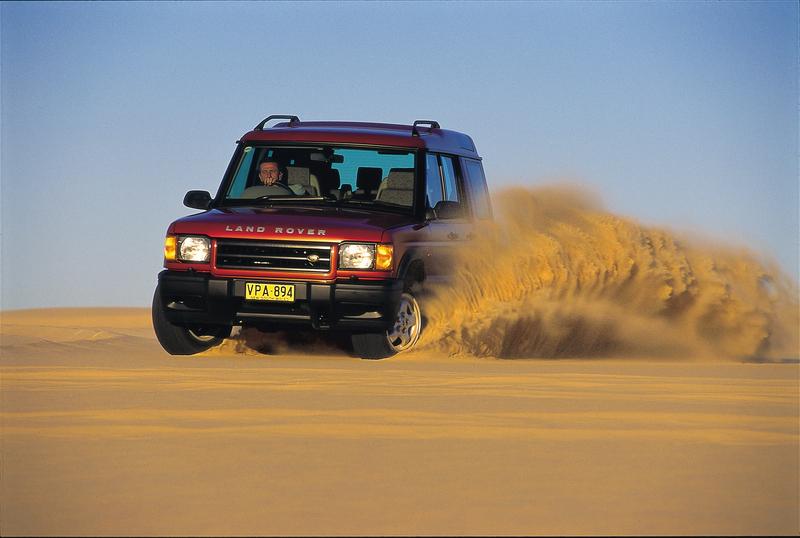 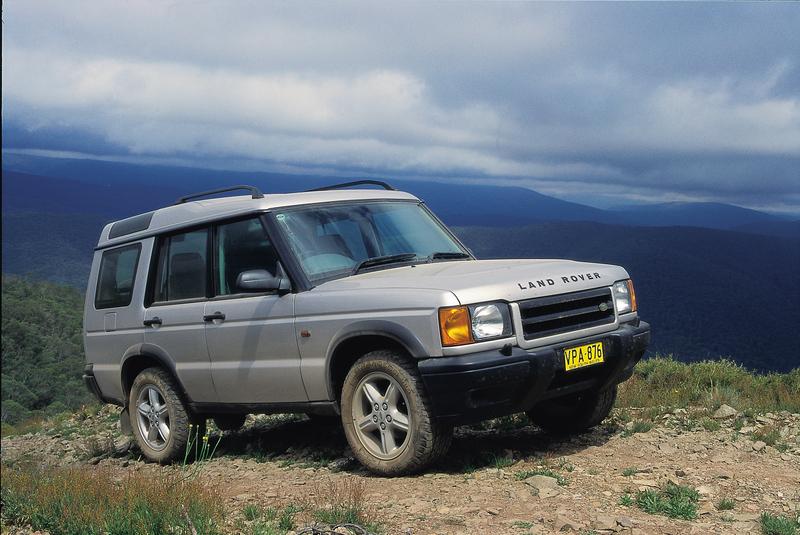 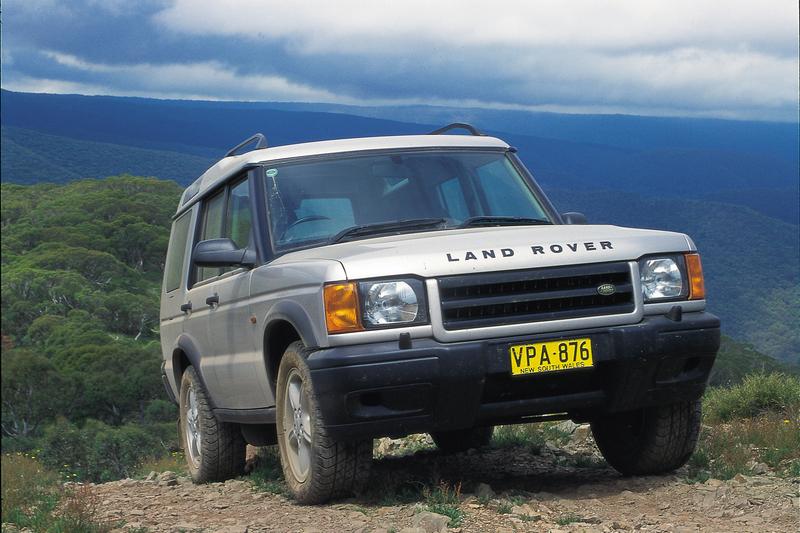 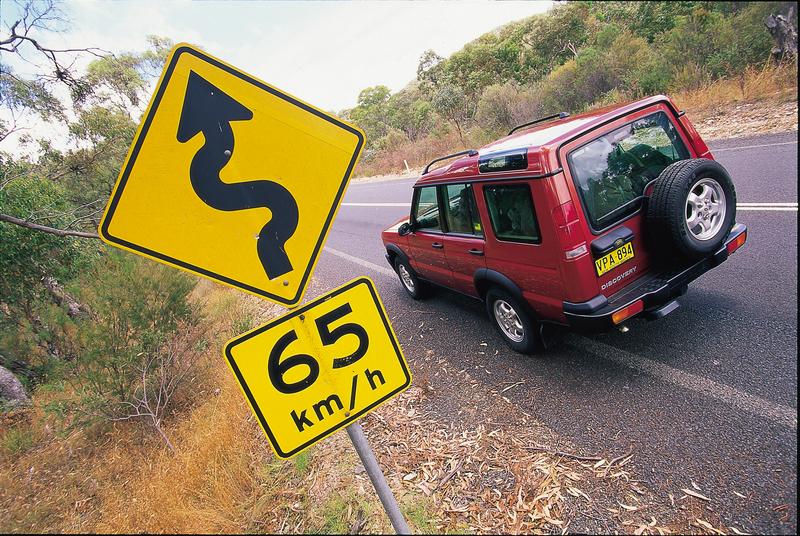