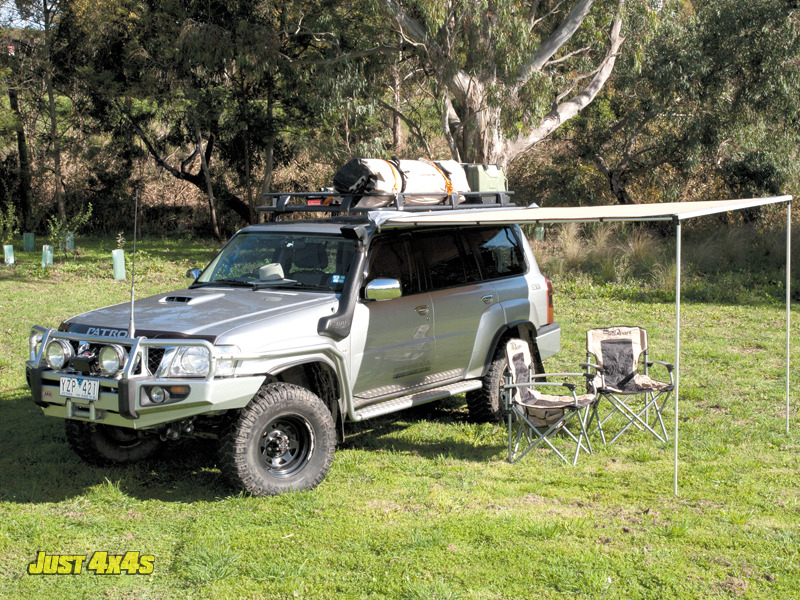 As the man in charge of the JUST AUTO group, it should come as little surprise that Ash Hunter is an auto enthusiast, with an interest in all fields covered by the niche market classified publications and websites that come under the JUST AUTO brand, including JUST 4x4s.

With a small, but diverse collection of vehicles that cover all the JUST AUTO titles, Ash certainly lives by the motto of 'practise what you preach'. While the handful of classic cars and motorcycles, along with a couple of "work in progress" Chevrolet trucks, are tinkered with when time allows, it's the vehicle pictured - a 2010 Nissan GU Patrol ST wagon - that gets the most use.

"I bought it in early 2011," Ash explained. "It already had a few items fitted, but I've added plenty more since."

No stranger to 4x4s, Ash has owned a few over the years, and while one notable marque (we won't name which one!) let him down in the wilds of western Tassie, this one hasn't missed a beat. With the 3.0 TD Patrol, what started as a vehicle for occasional getaways has become a key part of delivering some quality family time, and enjoying the Aussie outdoors while doing so.

"We head out on weekenders about once a month," Ash said. "And when the JUST AUTO schedules allow, we do a longer trip of about one to three weeks, a couple of times a year."

Bodywork
As you can see for yourself, this vehicle has had some use, with a few battle scars to prove it, but Ash doesn't mind that: this vehicle was bought to be used. With serious off-road touring in mind, the first major additions were the colour-coded ARB front and rear bars. The front bar is a Deluxe unit that comes with integrated fog lights, and has had a 9500lb Warn winch added, along with a pair of IPF 900XS HID driving lights. The rear ARB bar, also a Deluxe unit, has a swing-out spare wheel cover, reversing/camp light and provision for a tow bar.

In addition to the front and rear bars, colour-coded brush rails have also been added, with checkerplate side steps making for easier entry and exit from the vehicle, especially for small children. Combined, the bars have proven their worth on a number of adventures, and Ash reckons they've already paid for themselves in terms of vehicle damage they've prevented.

On top, the full-length ARB roof rack has been invaluable for carrying all the gear that Ash and three kids need for a long-term getaway. On shorter trips, the rack carries bed rolls, a couple of storage bins, camp chairs, hi-lift jack and shovel, but it's loaded to the gunwales for the longer trips.

"With three girls, we're running at critical mass as it is. Any more kids and we might have to start strapping them to the roof rack!" Ash laughed.

Further storage options come via the built-in Outback rear drawers with a fridge slide that was on the Patrol when Ash purchased it. A cargo barrier with separator and shelf keeps everything out of the passenger area, while further storage comes courtesy of the MSA bag that's slung off the spare wheel. "On the track, it carries ropes, snatch straps and recovery gear," Ash explained, "in camp, it serves as the default rubbish bin."

Lift and Stretch
Mechanically, the Patrol's 3.0-litre turbo diesel 4 cylinder engine has been largely untouched, but the Old Man Emu 2-inch suspension lift kit allows rough trails to be tackled with more confidence, as do the ARB diff lockers front and rear. Ash explained that the Safari snorkel has been another worthy addition, as has the ARB on-board air compressor.

"We've done the South Australian coast, Flinders Ranges, Victoria's Otways, along with the High Country in Victoria and New South Wales," Ash explained, adding that the trails chosen and regions explored have become more challenging as more specific gear has been added and his confidence in the Patrol's off-road abilities grows.

With the amount of electrical goodies added, and the need for power requirements in camp, the Patrol has a dual battery system, which is managed by a REDARC charger and dual battery isolator. A REDARC 108W amorphous folding solar panel also gets put to use on site to stretch the battery life and provide additional power requirements.

Safety and Comfort
With the family's safety being number one, Ash has ensured that the Patrol carries all the safety gear required to ensure that if anything does go wrong, the chances of being rescued are greatly improved.

A HEMA 7-inch satnav system keeps the family on track, with a secondary 5-inch unit serving as back-up. A UHF radio and antenna broaden the communications options when off the beaten track, while an Iridium satellite phone has also been added. However, Ash says the two most essential additions have been the pair of personal locator beacons, which are carried on every trip: one to keep with the vehicle, the other to take along when trekking away from camp.

Fitted into the aforementioned Outback fridge slide is an Engel unit, while the 'low-tech' addition of a set of front and rear canvas seat covers keep the Patrol's trim safe from messy kids - and parents!

On site, the 2.5mt x 2.5mt ARB side awning is a more recent addition that Ash says has been a real hit with the kids, especially when the side walls and floor are added. In addition to this, a custom-made bathroom tent provides some privacy and attaches to the vehicle for security.


What's next?
While the family have explored most of the south east of Australia, Ash confesses that the next trip is likely to be the most challenging.

"We're heading to WA later this year to go exploring, so we may look at upgrading the cooling system and a few engine mods to handle the conditions."

A camper trailer has also been given some consideration, but as the 3.0 lacks a bit of towing grunt compared to the 4.2 Patrol, Ash added that this may not happen.

"With the kids growing up so fast, it's easy to miss out on their development and spending time with them," Ash said. "These trips have been a great way to make sure they spend some time with me, but more importantly, that I spend time with them. The Patrol has been a big part of that." 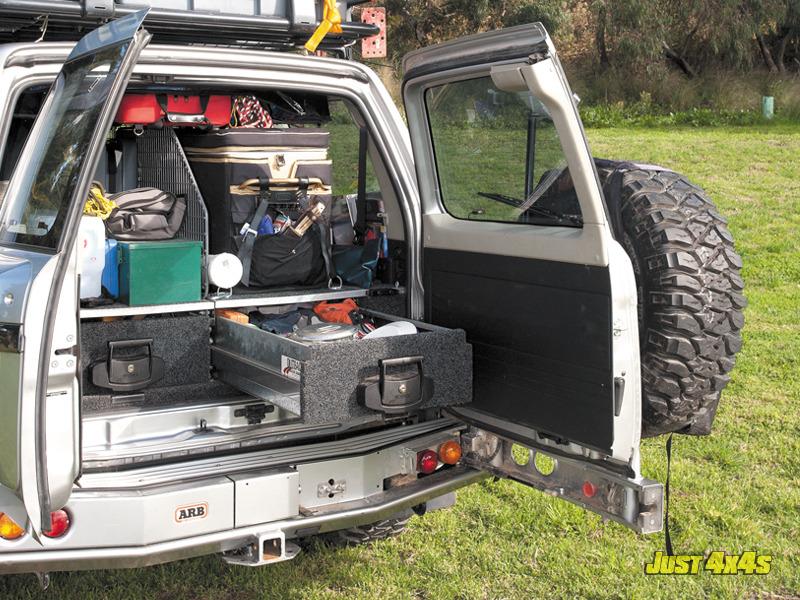 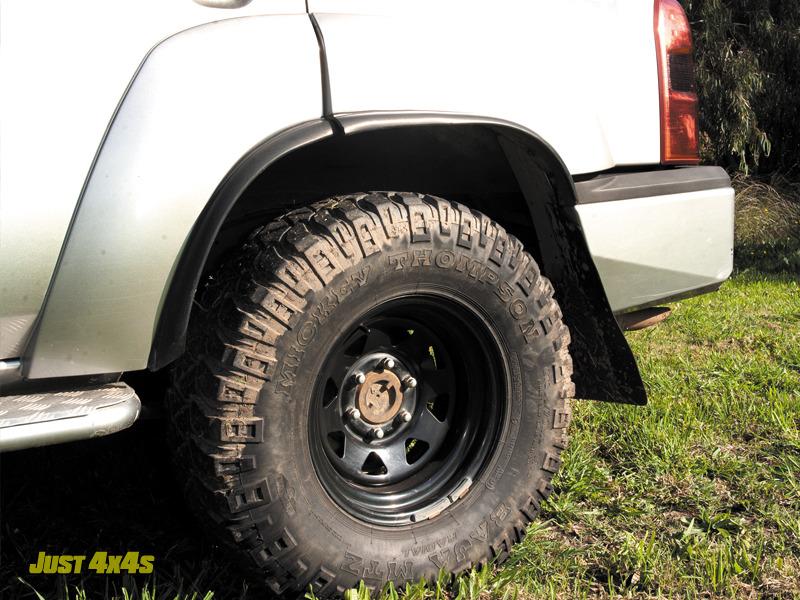 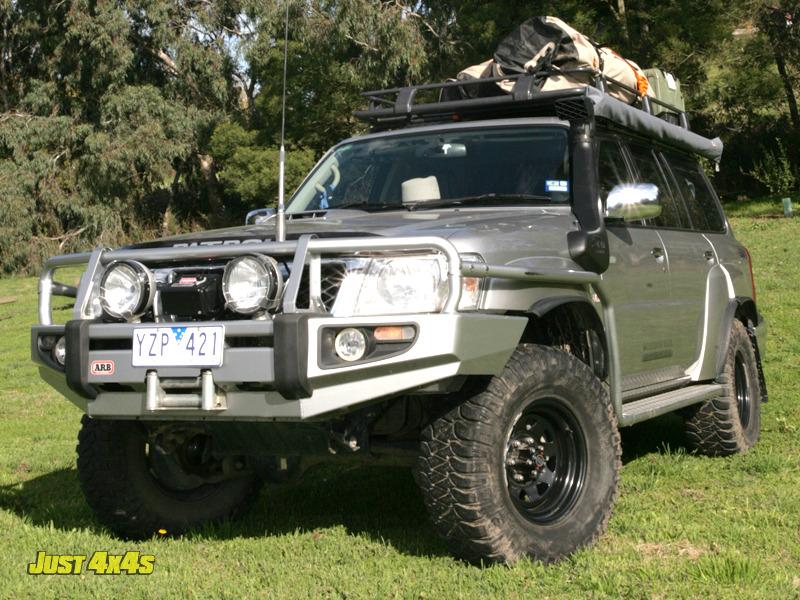 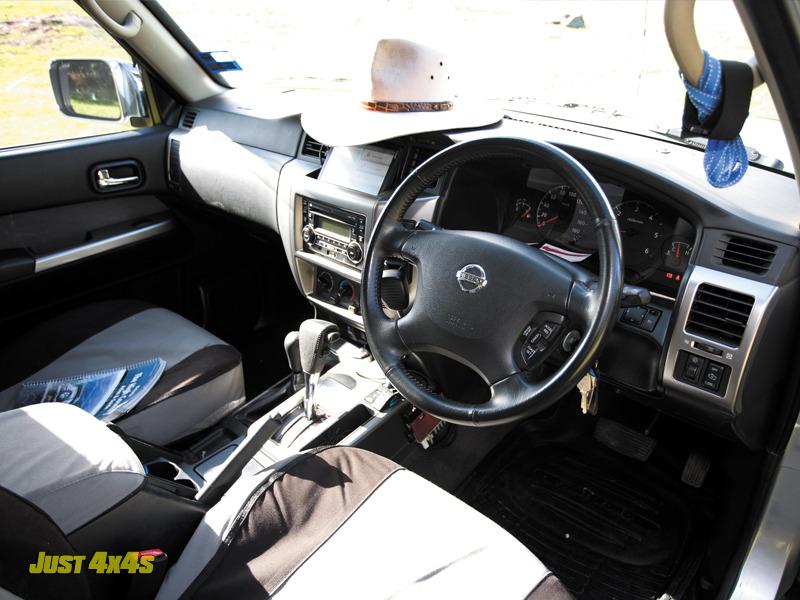 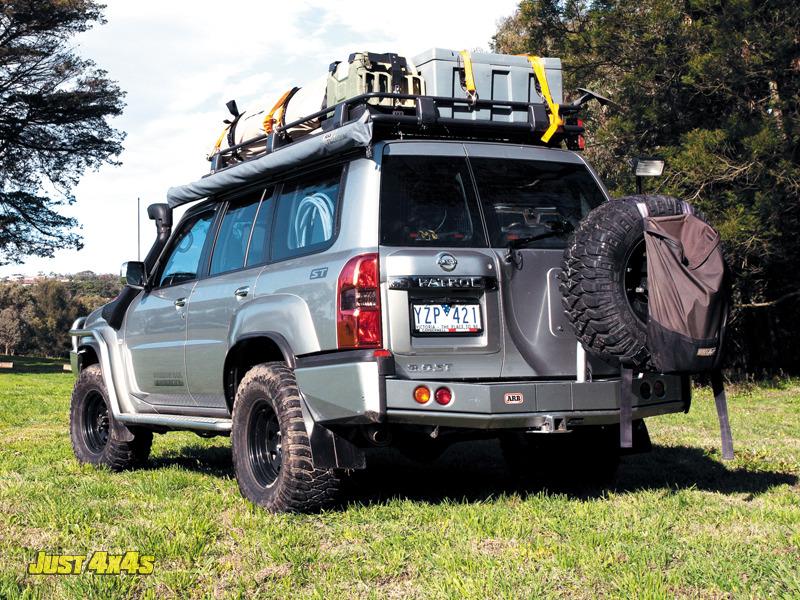