When choosing a new Survivor 4x4 project car to follow the 1000Nm Toyota LandCruiser 70 Series they built a couple of years ago, Blusteele Clutch looked no further than one of the country’s best-selling dual-cab utes, the Ford Ranger. And the 3.2-litre five-cylinder diesel turbo engine is one of tens of thousands doing service in Australia – including in the Japanese Mazda BT-50 which shared the same platform before its newest generation shared with Isuzu. 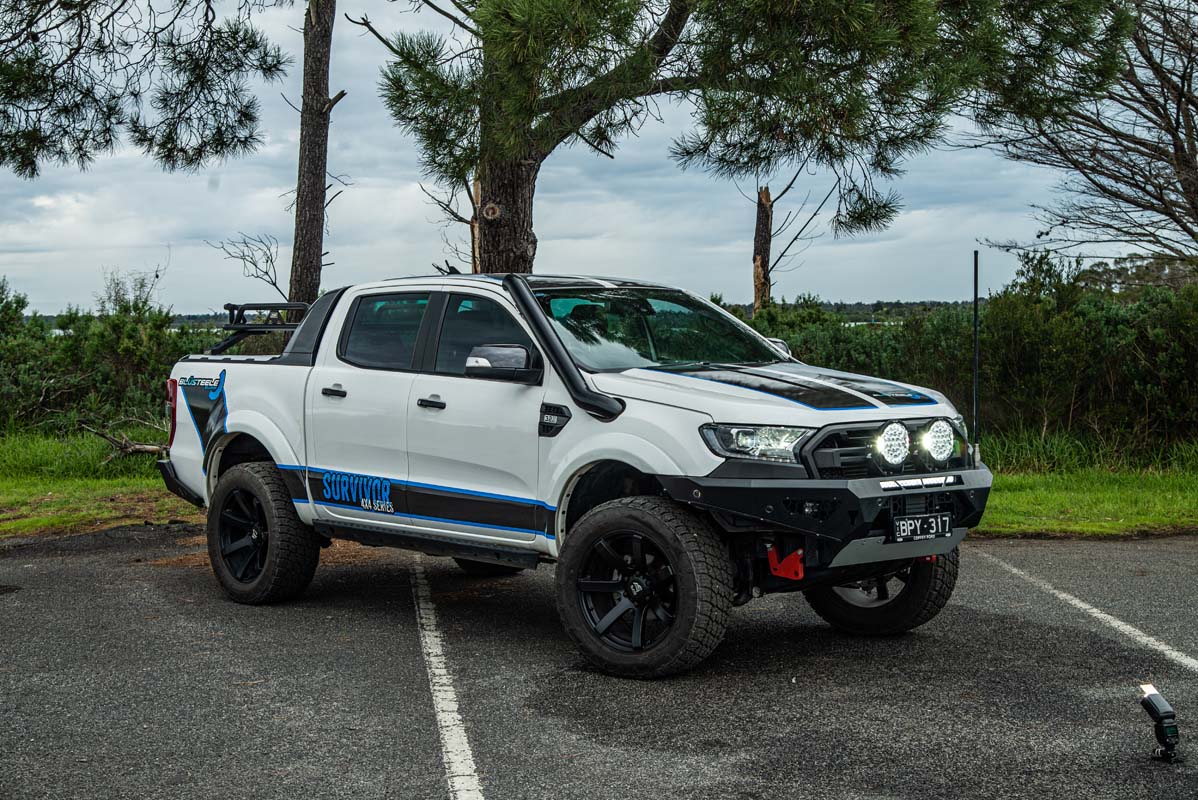 Sitting proudly in the new project Survivor is, of course, a six-speed manual transmission. Blusteele Clutch is an aftermarket performance clutch specialist providing bespoke, high-quality engineered clutches and kits for everything from 1000Nm-plus LandCruisers to V8 Holden Commodores. But its 4x4 series focuses on a popular market where modifying to find more grunt from what are mild-performing diesel engines is commonplace. Of course, with more power comes more chances of breaking or wearing out parts quicker – particularly the clutch. 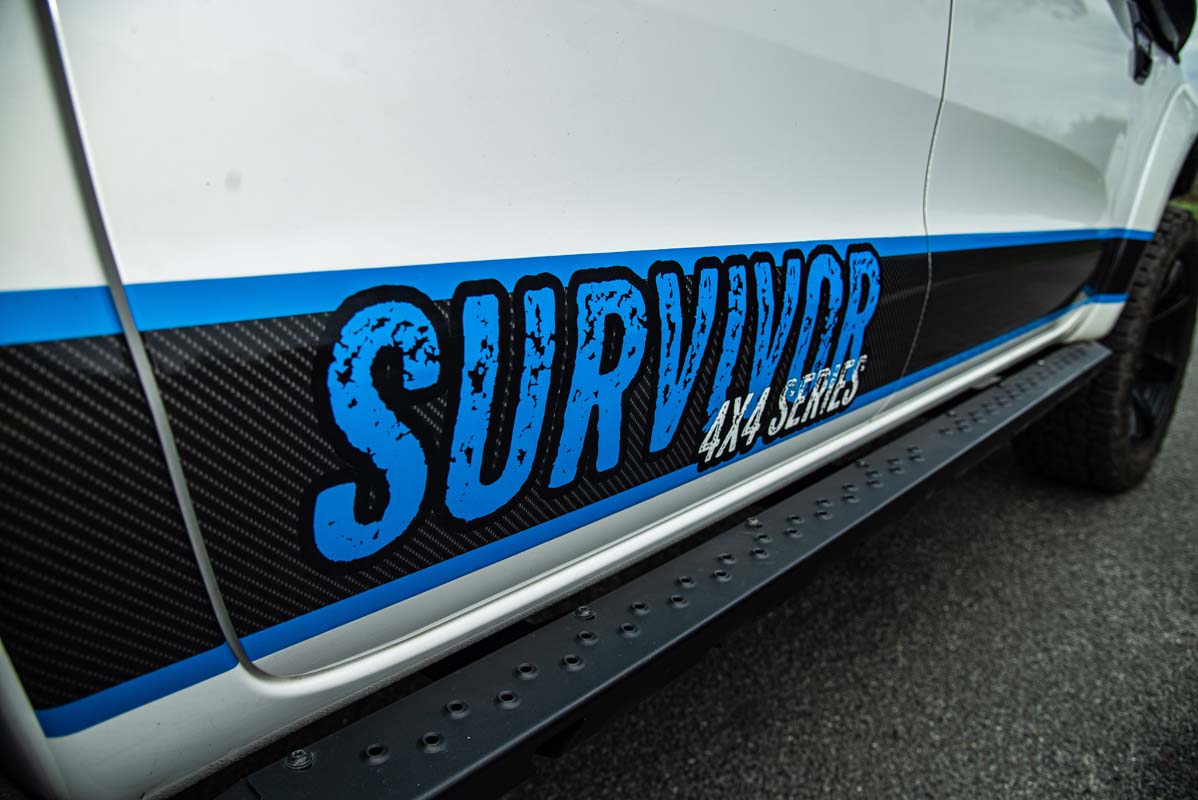 This Ranger project is based on a 2021 Wildtrack purchased around the corner from Blusteele’s Dandenong-based factory at Coffey Ford. The ’21 Wildtrack housed what was a standard five-pot engine. In factory tune it produces 147kW of power at 3000rpm and 470Nm of torque at 1750–2500rpm. After some well-selected modifications, however, the power and torque output saw 65 and 77 per cent increases on the dyno over factory spec – not bad at all!

With such huge increases in output - well past what the manufacturer expects the standard clutch to handle - the Survivor Series Heavy Duty Clutch Kit and Blüsteele Claw Groover billet flywheel had to be used.

"Our idea with the modified Survivor Series Ranger we built is that the aftermarket workshops will get the most power out of this thing, so we can really test our clutch,” says Chris Rippon, director of Blusteele Clutch. 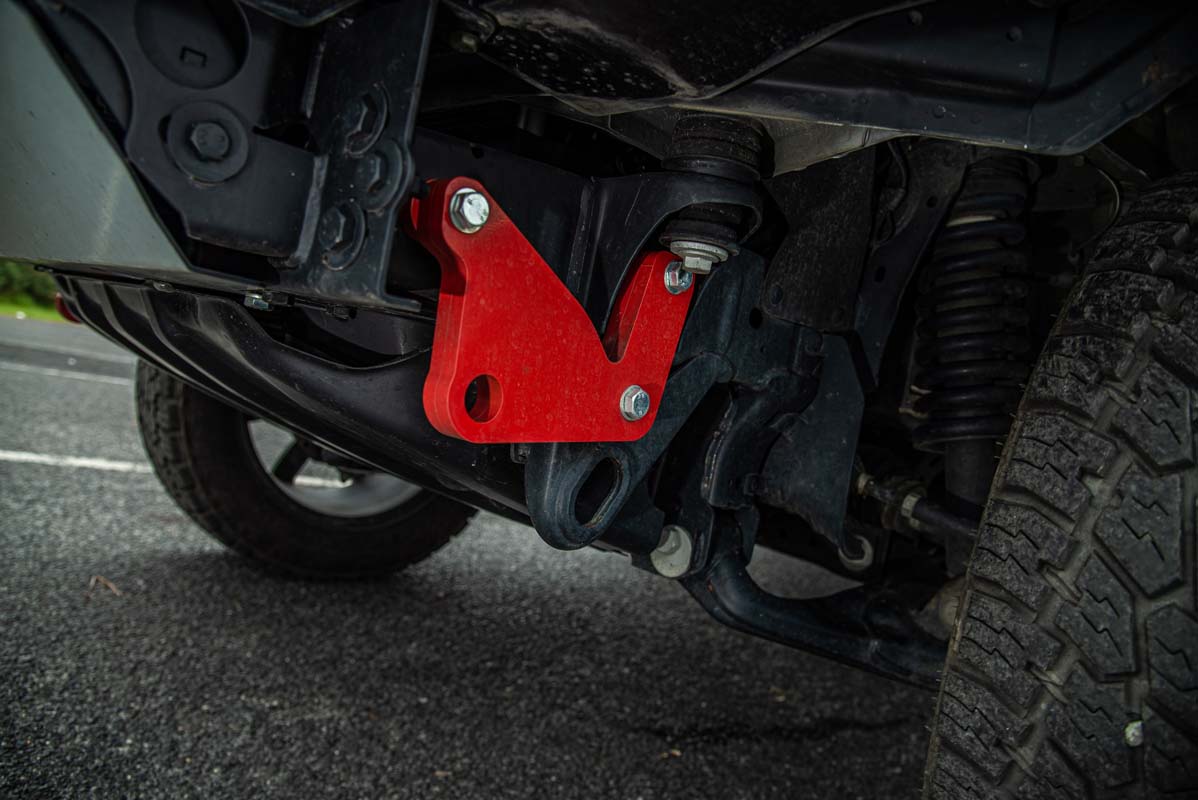 “When a manufacturer makes a clutch for a vehicle they usually make it so it will only handle a little more power before it fails - so the clutch is the first point of weakness if something needs to break. But if an owner increases the power output by 77 per cent, well the manufacturer never expects the drivetrain to need to handle that, and that’s when you need to go with a heavy-duty clutch.” 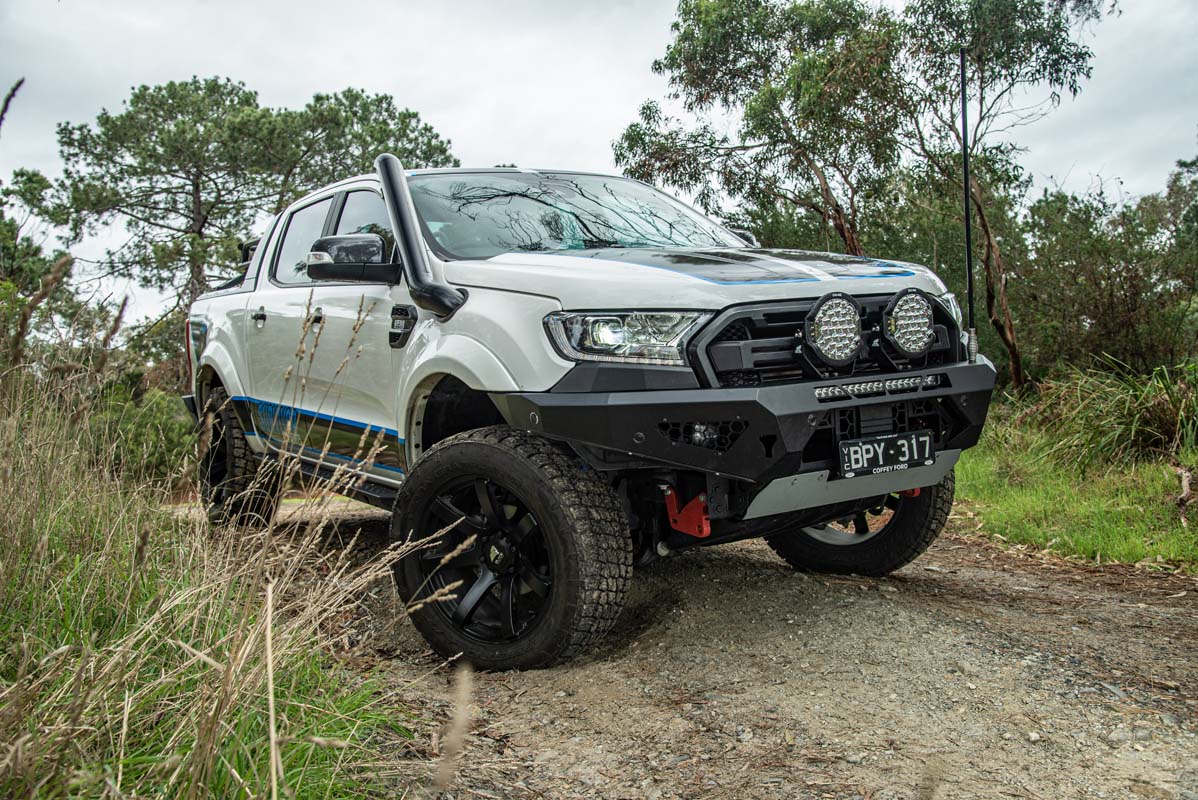 Chris hands us a box with the clutch kit and billet flywheel which weighs a tonne for all of the right reasons – high-quality engineering and precision fabrication ensures that the heavy duty clutch is properly matched to handle the task.

The actual modifications on the Ranger which led to such large increases in output include Dynomotive adding an upgraded Garrett turbocharger, piping in a new Garrett intercooler, an aftermarket oil catch can breather kit, and tuning the engine with a Unichip Uni-X ECU upgrade.

“Driving the car now, third and fourth gear have a lot of grunt. Give it a little bit of throttle and you can feel the beautiful torque curve, and between 1500-4000rpm when it comes on it pushes you back steadily. It’s fantastic when you tow, as you just don’t even notice it's there," Chris says.

"The other week, I took a 17-foot expander off-road caravan to Jamieson and in sixth gear you could just maintain a steady pace, even on an incline, despite almost three tonnes out the back.” 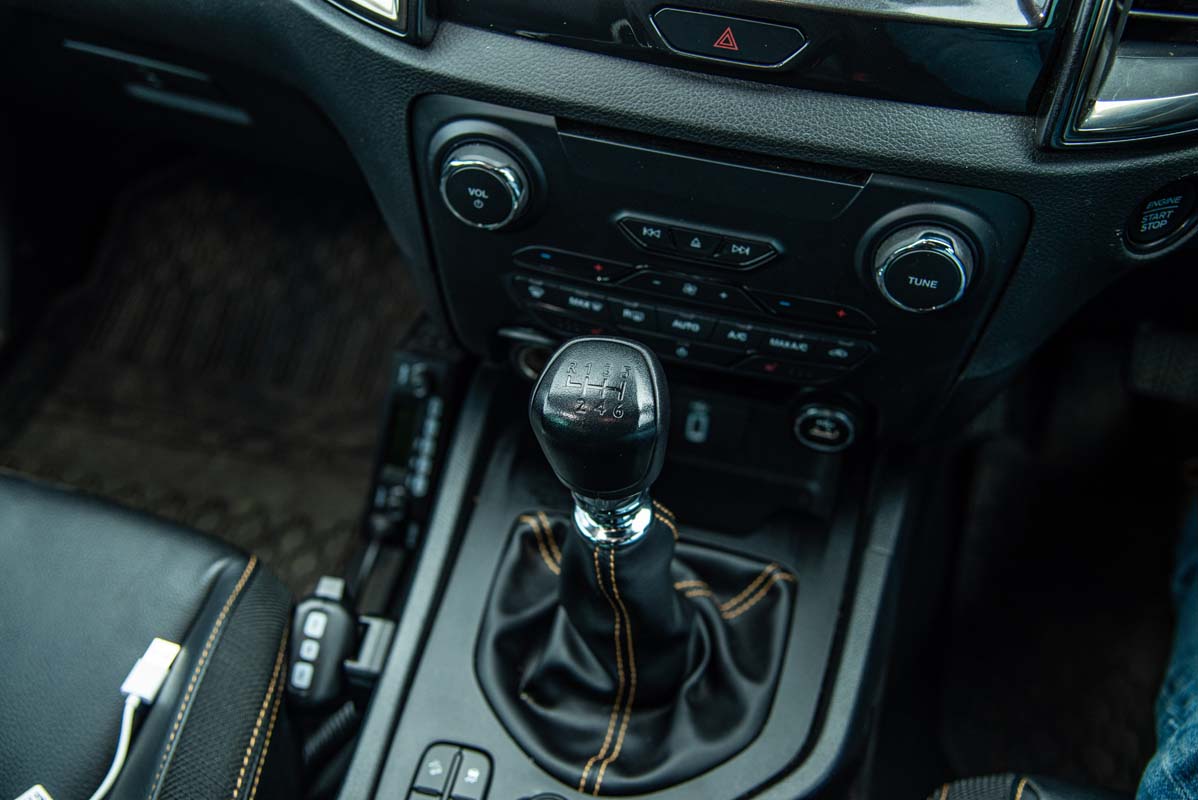 In our own drive of the Survivor Ford Ranger, there is an obvious improvement across the board in driveability and pulling power. It’s substantial, although it’s also easy to approach and the smoothness in application ensures it never feels unwieldy – it’s like a factory mega upgrade to the five-cylinder that some would say it always needed.

Near Blusteele’s factory in the industrial heart of Dandenong, there is plenty of stop-start traffic, so the smooth and nicely weighted feel of the clutch is apparent. It’s not particularly heavy, but you do get a sense of exactly where it is when using the pedal. Along with a nice clutch feel is no doubt that the acceleration has improved over factory spec. 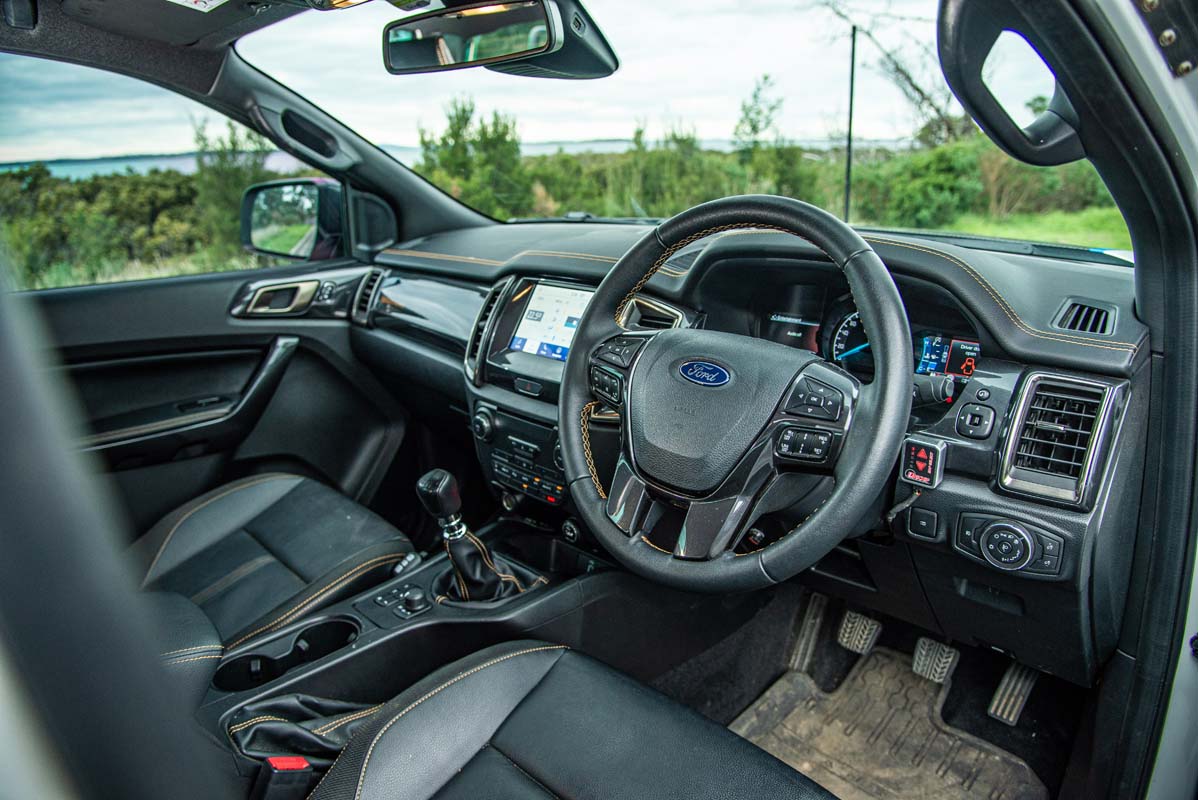 There is also a lot of sidewalk attention for this Ranger, which has been fitted with an array of aftermarket improvements that make it stand out, including larger tyres which add strain for the clutch to deal with.

For Blusteele’s Ranger build, some of the additions include a unique ‘predator’ bullbar from Off Road Animal with recovery points. This matches more fabrications by Off Road Animal including a rear bar and tow kit, rock sliders along the side, an integrated light bar and Kick Arse spot lights. In the tub is a custom rack, and the whole thing rolls on 20-inch Blade Series alloys with 285/55 all-terrain rubber. Finally, the visual package is wrapped up with custom vinyl graphics by Cam at CRG Designs. 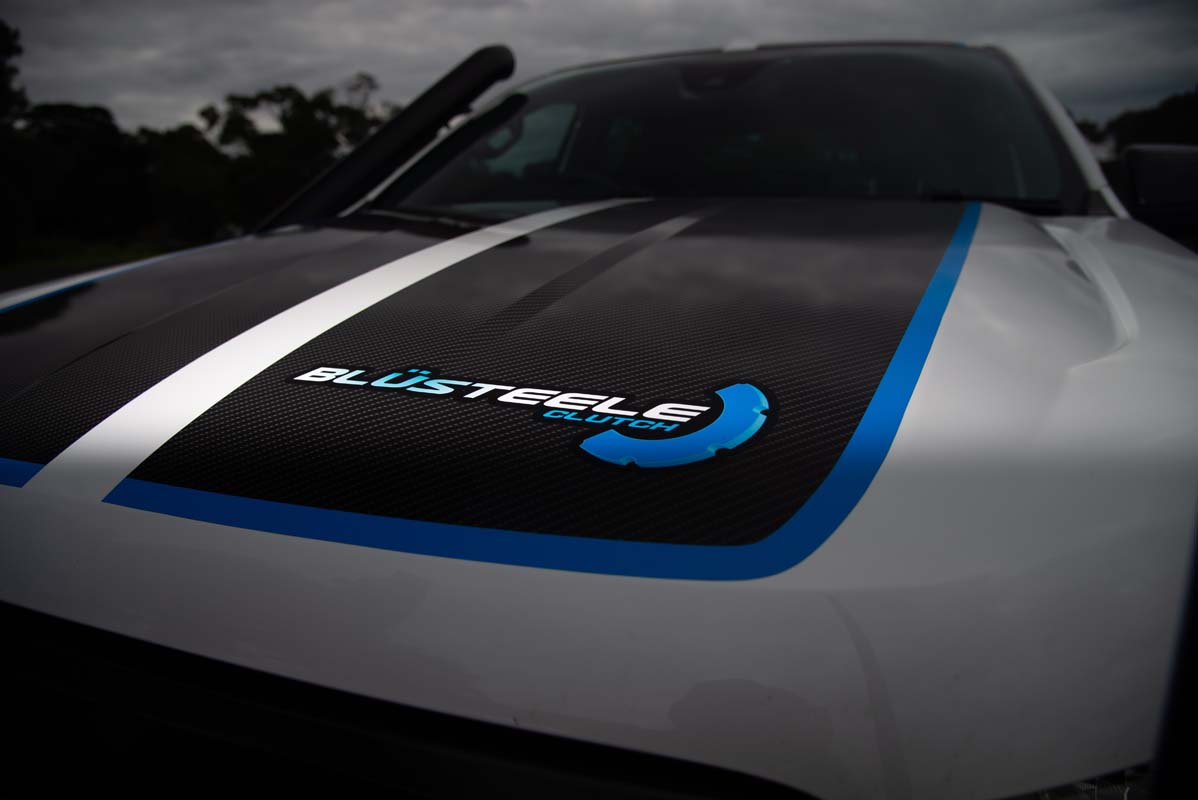 What we haven’t mentioned is the four-inch stainless steel mandrel-bent snorkel finished in black. It’s not particularly loud when the windows are up, but crack the driver’s side glass and the 3.2-litre engine’s induction sound features a rich whistle from the Garrett turbo and bellowing air moving around. Despite the lack of an exhaust upgrade, this Ford Ranger sounds tough. Hitting the freeway, we pop the window back up and feel the smooth, incredibly silky torque curve take us up through third and fourth gear. Even in sixth it pulls willingly and we’d love to know how it tows – although we can only imagine it’d be a great tow rig. 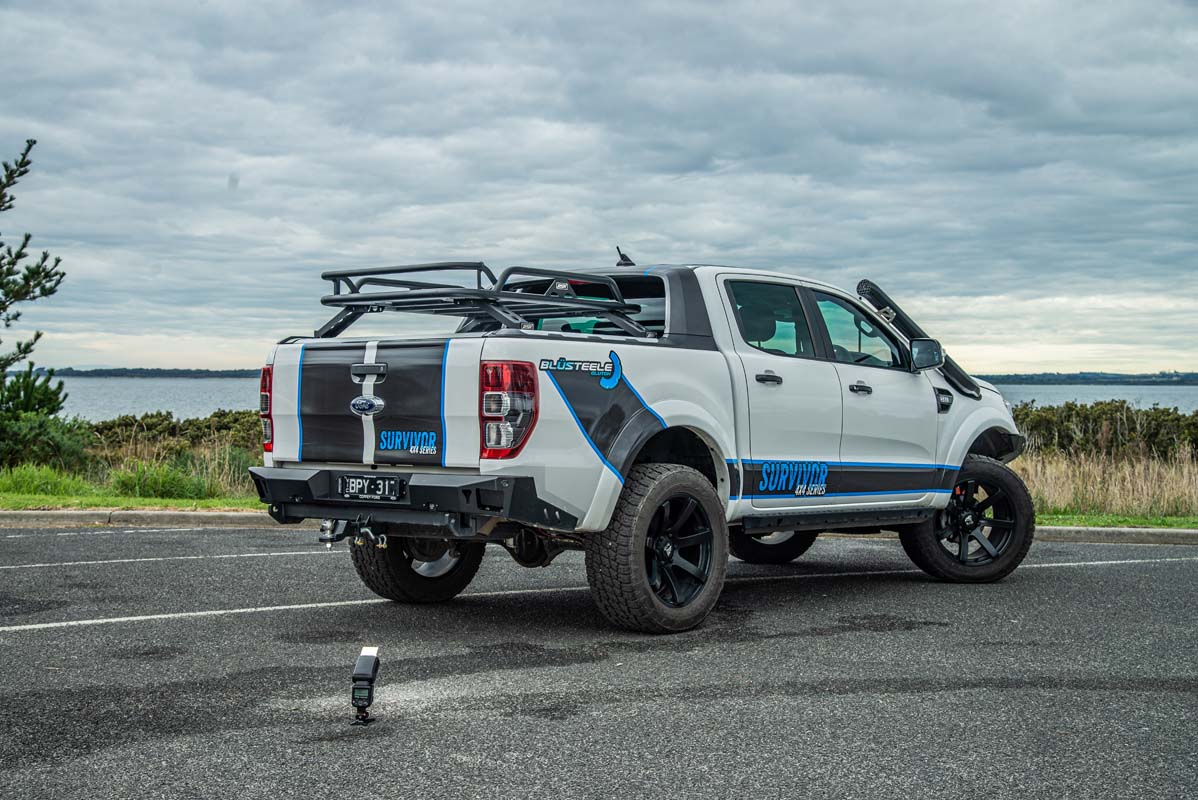 However, there’s another trick up the Survivor 4x4 Ranger's sleeve, with air bags on the rear helping to keep the two-inch lifted suspension level and riding smooth. Heading out onto rougher roads there’s no change in the Ranger’s demeanor and steep inclines are dispatched easily. With so much more torque on hand, there’s less need to change gears and more than enough grunt to get out of some loose holes or power through Victoria’s muddy trails this time of year.

For all that the big torque and power improvements bring to the Ranger, it is the clutch that’s the unsung hero. It handles the extra shove flawlessly during our extended drive and improves feel over the factory setup. One neat design inclusion on the Blusteele heavy-duty clutch kit is the self-adjusting cover, which is exactly how Ford designed it from the factory, but something not all manufacturers bother to do.

The Blusteele Clutch upgrade is available in the Survivor Series Heavy Duty Clutch Kit, and this can be combined with the optional Blusteele Claw Groover Billet Flywheel - so a customer could upgrade to the Survivor clutch and not upgrade the flywheel. However, the optional flywheel is a billet flywheel produced from chromoly and it also has cooling grooves in it so it dissipates the heat much better. Unlike a cast flywheel, the chromoly billet flywheel starts out as one piece of steel. It also includes the tone wheel so the sensor can see it’s rotating.

The kit comes with other upgrades over the factory clutch, too, as the standard bolts are 10mm and Blusteele has upgraded those to 13mm high tensile bolts on the actual cover itself. Another significant feature on the clutch disc is the use of materials from LuK, a specialist European clutch supplier.

The kit comes with everything needed, including an alignment tool and an encapsulated spigot bearing, which is quite particular. 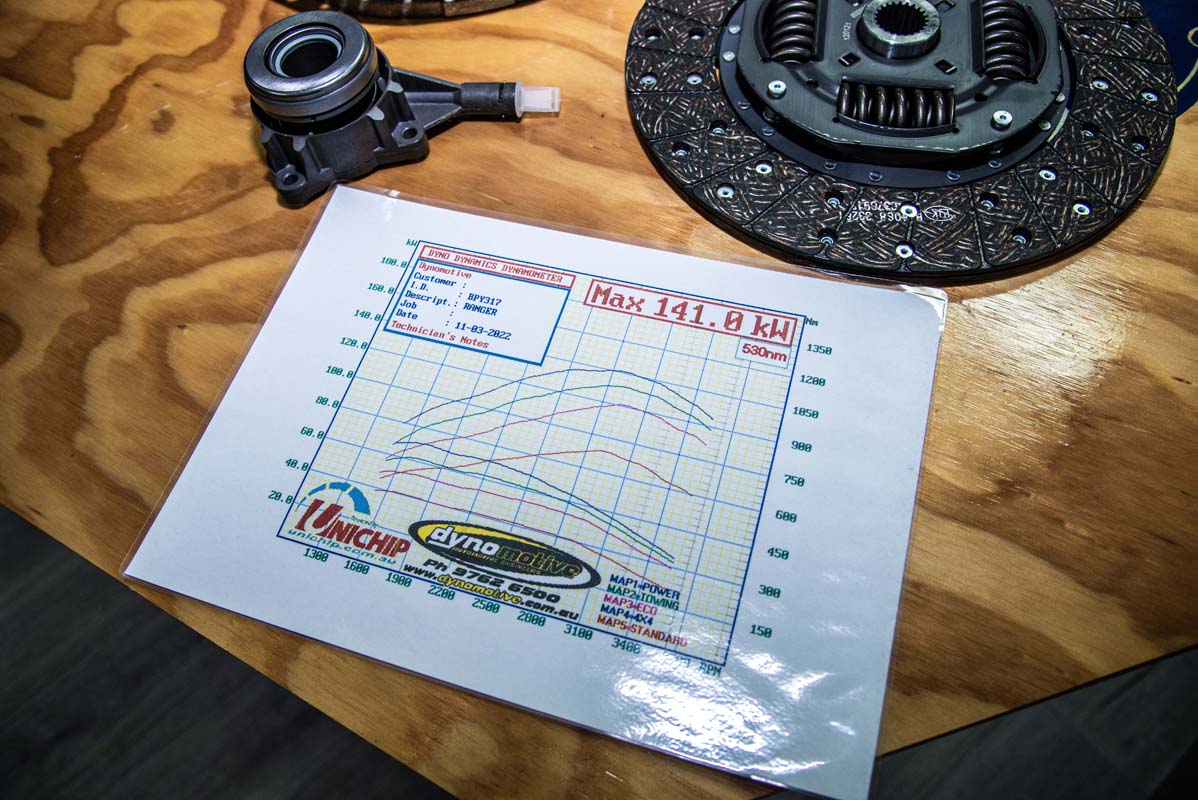 For those into DIY – and even experienced pros – the Ford Ranger runs a concentric slave cylinder, so the setup is much different to the LandCruiser for instance, which has a conventional thrust bearing. Blusteele Clutch’s Ranger kit has the thrust bearing and slave cylinder all in one – which isn’t uncommon on newer vehicles these days. But these things can give problems with fitting because of the way the original manufacturer designed it. In particular, the thing to know is not to play around and operate it before putting it in, as it will cause a problem that you can’t see until everything is put back together…quite a pain to deal with. Chris has made a video about this which is on YouTube and helps explain what to do (and what not to do). 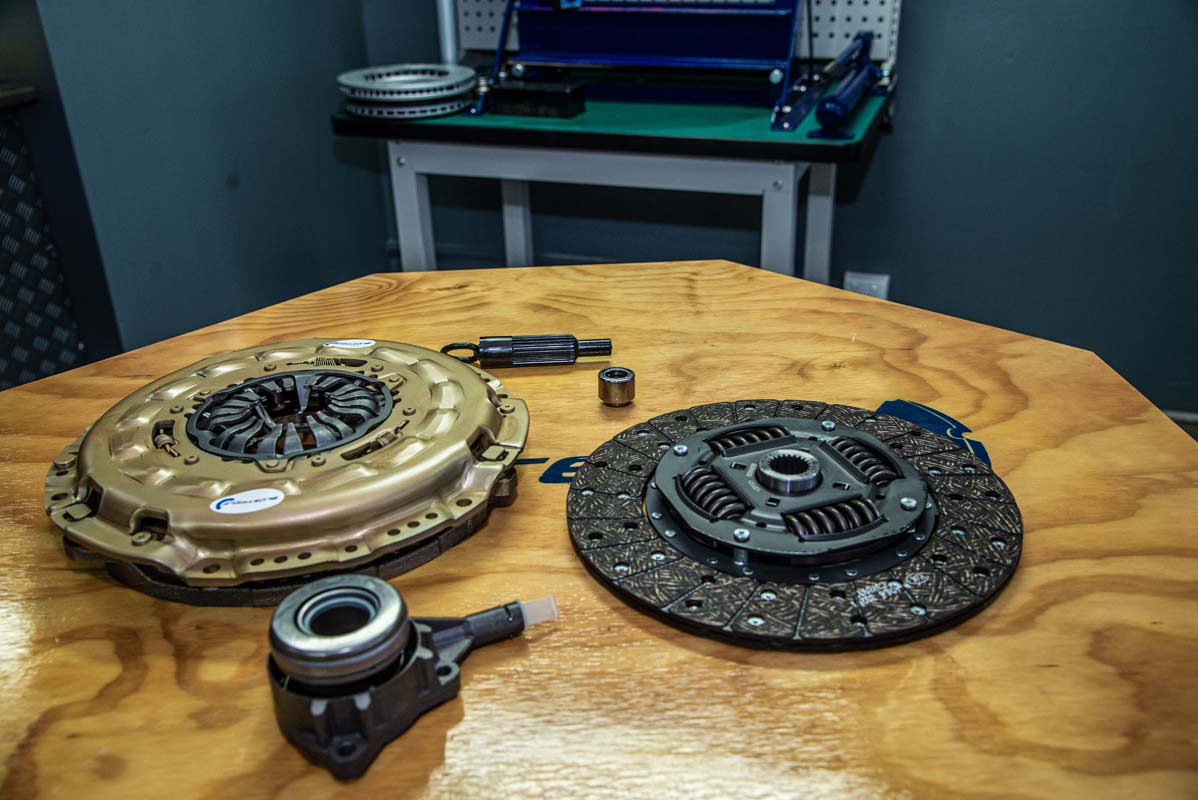 As an off-the-shelf and seemingly bullet-proof product for upgrading or factory replacement, the Survivor Series 4×4 clutch kit from Blusteele is one of the most competent and well-rounded options we’ve tested, both in quality and application.

As for what’s next, Chris has a few more projects in the pipeline, including a monstrous 1200Nm from the latest build which we’ll be covering in an upcoming issue, and that will show just how incredibly tough the Blusteele Clutch kits are (if that isn’t already clear!).