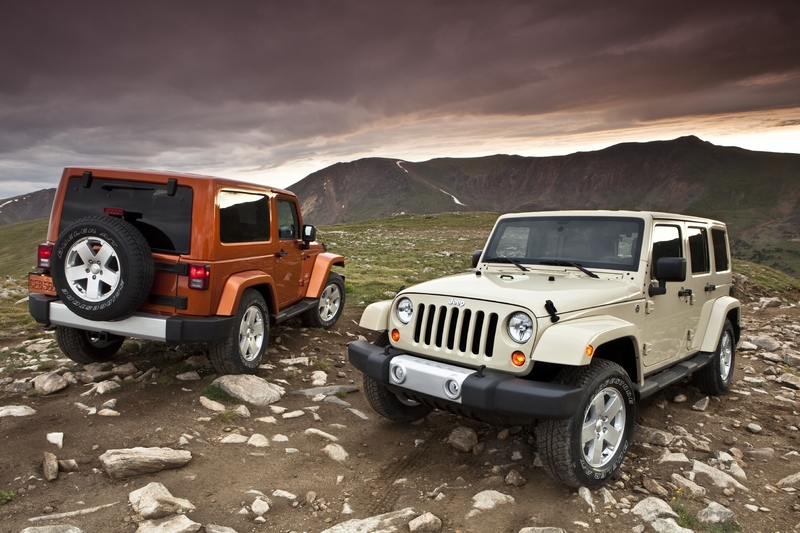 For most of us however, we have outlived a 2-door model and have extra demands, such as kids to accommodate and all the paraphernalia that goes with it when we head bush
When it comes to genuine 4x4 ability in a vehicle that won't break the bank, the choices are few. If I were a single guy my first choice would be a Jeep Wrangler Rubicon. With diff locks front and rear this Jeep is off the shelf magic, ready to rock and roll on the toughest tracks you can throw at it.

For most of us however, we have outlived a 2-door model and have extra demands, such as kids to accommodate and all the paraphernalia that goes with it when we head bush. Enter the Jeep Wrangler Unlimited. This was a huge experiment for Jeep when it was first introduced, but the concept of a four-door Wrangler has taken off and is now a vehicle that deserves consideration by those with a family, but still wanting a vehicle that won't let them down in the scrub.

This year Jeep is celebrating its 70th anniversary, and while the outrageously superb new Jeep Grand Cherokee has stolen most of the spotlight, Jeep has also quietly provided some welcome upgrades to the Wrangler family.
The 2011 Wrangler retains its military inspired no-nonsense styling, but increasingly the interior is catching up with the 21st century expectations.

Just as Land Rover wrestles with the twin concepts of maintaining links with its first Series 1 machines in the Defender, and updating to today's standards, Jeep similarly have the problem with Wrangler of how to maintain that icon appearance that still features traditional styling hues such as rounded headlights and seven slate grille that run back through its lineage to the original Willys Jeep. Change is inevitable, but once again Jeep have managed it, and maintained the balance between heritage and a 2011 market!

Under the bonnet
For 2011 Jeep have carried over the 3.8L V6 petrol engine, or customers can opt for the upgraded 2.8-litre CRD turbo diesel which, at 147kW @ 3,600rpm, has gained an extra 17kW of power whilst delivering combined cycle fuel economy of just 7.1-litre/100km when mated to the 6-speed manual transmission.

Further enhancing the manual diesel models economy, new Start-Stop technology is standard. This shuts down the engine when the vehicle is in neutral and the clutch released then restarts when the clutch is depressed. Now compliant with Euro V emission standards and featuring a diesel particulate filter (DPF) as standard, this CRD powerplant is also available with the same 5-speed automatic transmission found on the 2011 Jeep Grand Cherokee, to deliver an impressive 460Nm of torque at 2,000 rpm.

Inside story
For 2011 the Wrangler receives an all new interior, which admittedly doesn't look a lot unlike that which it replaces. It remains practical and bold and certainly is a step up from its predecessors. There is a new dashboard with redesigned instrument panel, large circular air vents, revised switches and dials and a 'since 1941' badge embedded in the passenger grab handle. There is a new lockable centre console, large door storage bins, a smallish glovebox and cup holders.
There are better quality materials throughout, all with a gray low sheen soft feel, improved seat fabric and upgraded door armrest. In a first for the model, heated, power mirrors are now standard, whilst drivers and passengers alike have enhanced visibility courtesy of larger rear windows on the three-piece hardtop option.

The all new leather-wrapped steering wheel features controls that allow the driver to operate the CD/DVD/MP3 audio, cruise control and other vehicle functions while keeping hands on the wheel. Other standard kit includes air conditioning, 12v accessory outlets. Manual headlight levelling system and 6 speaker audio system. On the safety side there are for airbags, stability control, tyre pressure monitoring, roll mitigation, brake assist, traction control and four-wheel drive. Front seat mounted side air bags are a $450 option.Keeping with the utilitarian feel of the Wrangler, exposed hex bolts are utilised throughout the interior.

On the road
Our test vehicle was a 3.8-litre petrol 4-speed auto and despite its size acceleration and performance is quite acceptable. With side steps getting in requires its own springy technique, but once behind the wheel visibility is reasonably good, aided by wide side mirrors.

The Wrangler is far from the most aerodynamic vehicle on the road, so the work done by Jeep engineers to minimise engine noise in the cabin is to be commended. Unfortunately, tyre and wind noise is still intrusive, especially at highway speeds.

Ride and handling can be choppy in the SWB Wrangler, but is far better sorted in the 4-door Unlimited. Ride is firm but not uncomfortable by a long shot. Standard suspension is Jeeps Quadra-Coil front five link solid axle and rear 5-link solid axle with heavy-duty monotube gascharged shock absorbers.
The turning circle is large and a reversing camera would be a welcome accessory if urban driving were a daily occurrence. The Unlimited is fitted with 17-inch aluminium wheels.

Off the road.
All is forgiven when you point the Wrangler Unlimited down a dirt track. Forget about any of the aforementioned niggles, as they just don't matter when you hit the trail. You know this is the terrain for which the Jeep was designed and although I trundled through some favourite bogholes and rutted sections, the Unlimited barely raised a sweat. Rear ground clearance is 257mm and front 267mm. I bottomed out crossing some ruts but the Jeep just keep moving forward. Four-wheel drive selection is by a traditional transfer case lever enabling the shift from 2WD to 4WD High and 4WD Low range. It is a foolproof system that works. The Wrangler is equipped with Jeeps Command-Trac four-wheel drive system and there are transfer case and fuel tank underbody skid plates. 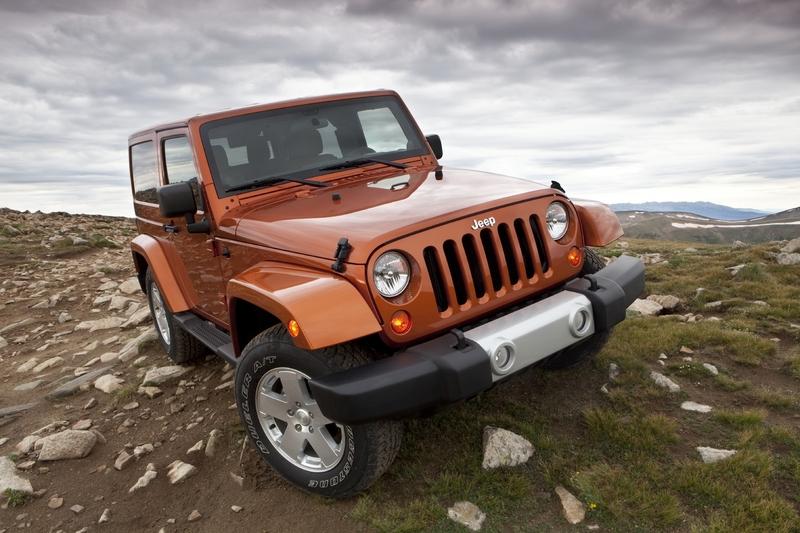 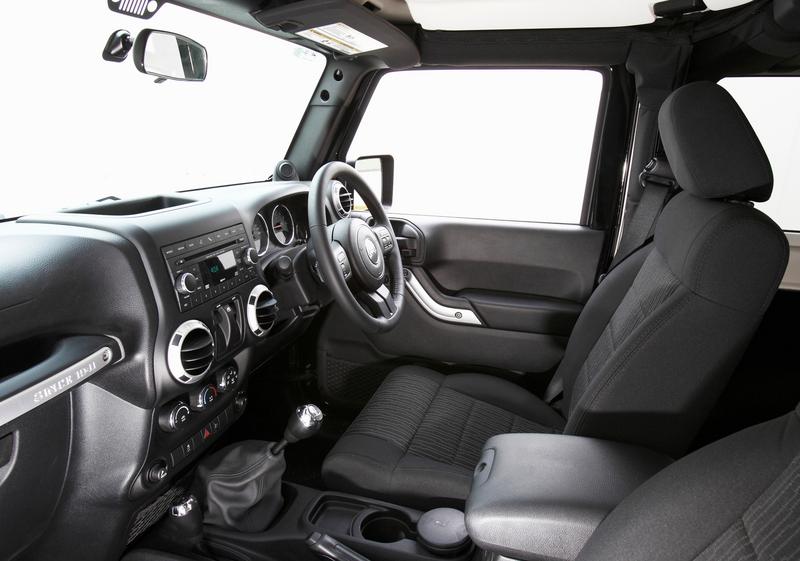 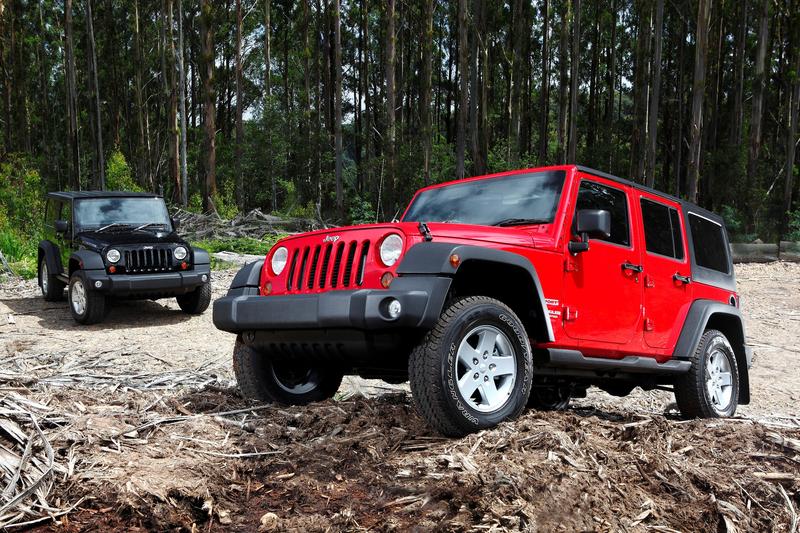 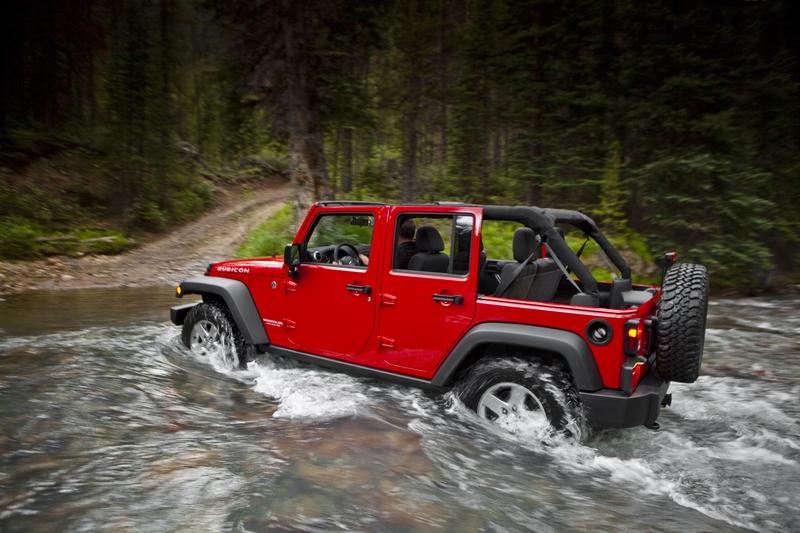 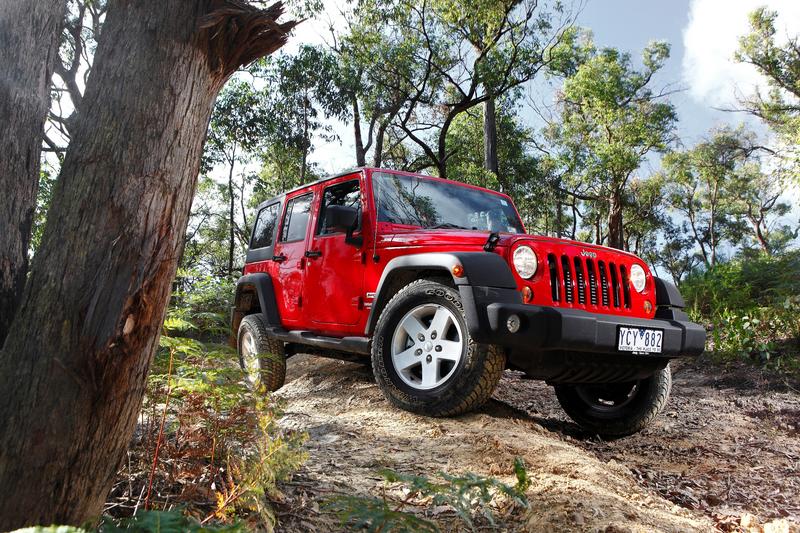