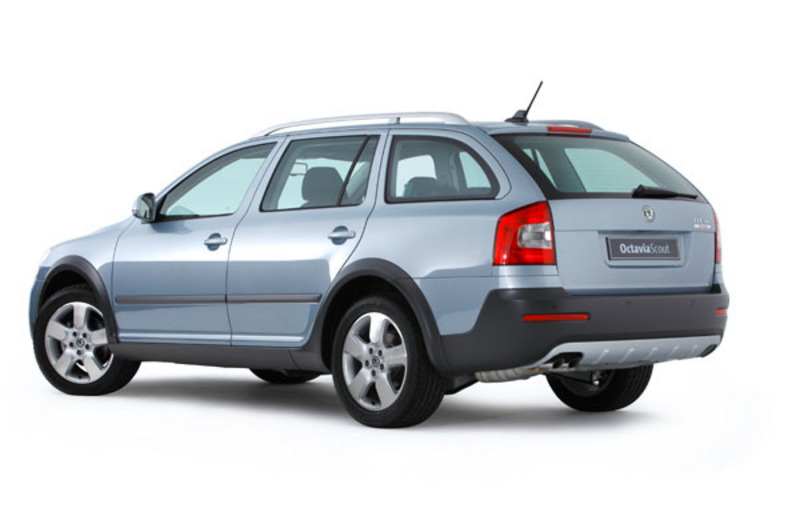 The Scout arrived in this country a couple of years back but until now it was available only in six-speed manual guise - a decision that limited its sales success. In fact, Skoda Australia and its small but growing national dealer network were surprised that around 90 percent of potential Scout buyers wanted an automatic transmission.

The new DSG-equipped Scout comes in two models - the entry-level version priced at $41,790 and the Premium that tips the dollar scales at $45,790. Both of the manufacturer's list prices are $2300 more than the manual versions.

With Subaru's petrol-and-diesel Outback firmly in his sights, Skoda Australia boss Matthew Wiesner says he and his team are excited to offer what they believe is the best all-round package in this segment.

"With the new DSG transmission and Premium model additions, we are able to offer a unique package which appeals to a wider audience," he said.

Using the DSG Scout as a product-launch springboard, Wiesner and his team plan to follow the wagon in the next few months with the funky Fabia hatch, a sporty Monte Carlo version of the Fabia, the Yeti 2WD and 4WD and a stove-hot Fabia RS wagon.

In addition, the Roomster wagon will be relaunched, probably early in 2012, and a Superb sedan and wagon with a new drivetrain is also planned for local release.

The Scout's powerplant is the VW group's excellent new generation two-litre common-rail equipped turbo-diesel that delivers 103kW at 4200rpm and a handy 320Nm of peak torque that is on tap between 1750 and 2500rpm.

As well as its great torque delivery, what is seriously impressive about this engine is its combined fuel consumption of just 6.1-litres/100km. And that's irrespective of whether it is mated with the manual gearbox or the sports-shifting DSG. Environmentally conscious buyers will also be impressed by a CO2-emissions figure of 160g/km.

The wagon's all-wheel drive system uses a fourth-generation Haldex clutch that works with its other onboard electronic systems to deliver super fast responses.

One feature that sets the Scout apart from arch rival the Outback is standard satellite navigation. Even if you wanted to pay for it, it's just not on the Subaru's shopping list.

In terms of its dimensions, the Scout 4x4 is 4584mm long, 1784mm wide and is 1583mm high. Ground clearance is 180mm ground clearance and Skoda engineers have modified the wagon's springs to raise the ride height by 40mm over the standard Octavia Wagon.

With the rear seats occupied, there is 580 litres of luggage space and this increases to 1620-litres when the 60/40 rear seat backrests are dropped down. There is also a load-through provision in the rear seat backs for transporting long items in the car and the Scout has a rear luggage blind and luggage nets that stop items rolling around.

Preliminary driving impressions gleaned in the Queensland and northern New South Wales hinterland showed the DSG-equipped Scout to be a smooth, capable cruiser that is not unsettled by a bit of rough stuff.

Its steering is beautifully weighted, turn-in is impressive and predictable and the car's surefootedness on rough gravel surfaces was right up there with the best of them.

In fact it was surprising how infrequently the Scout's ESP kicked in, even during the most enthusiastic of gravel-road punting.

The 103kW/320Nm and the DSG go together like peaches and cream and the fuel economy means visits to the diesel pump are infrequent.

Like everything from the Volkswagen group's stable, there's no doubting the new Skoda's build quality and overall feeling of solidity and there are nice interior touches such as soft plastics for the dash and the tops of the doors.

There are grab handles aplenty for all passengers, including a dash-mounted one for the front-seat passenger, and ergonomics for the driver are just fine.

In summary, the new Scout is even more refined than when it arrived here a couple of years ago and the addition of a DSG transmission will broaden its appeal significantly.

The additional sales it generates will also help significantly in Matthew Wiesner and his team's brand-building program - something that is absolutely essential for Skoda to succeed in Australia's super competitive car market.

There's no doubt the company has the cars and soon it will build substantially on this. All that's needed now is brand recognition and cachet. 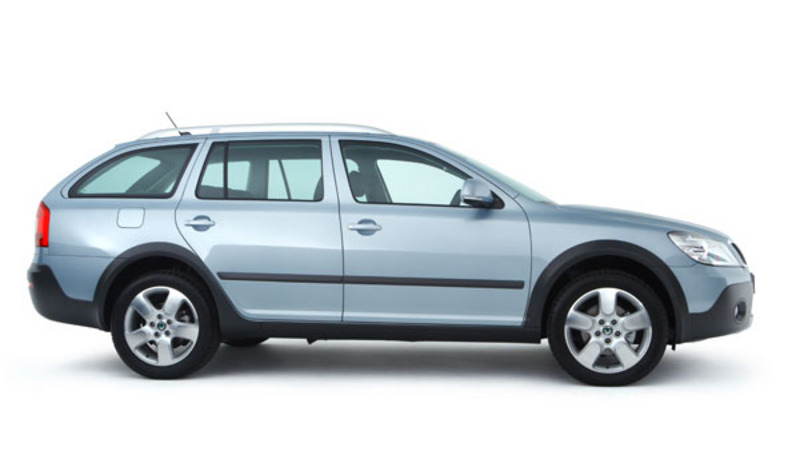