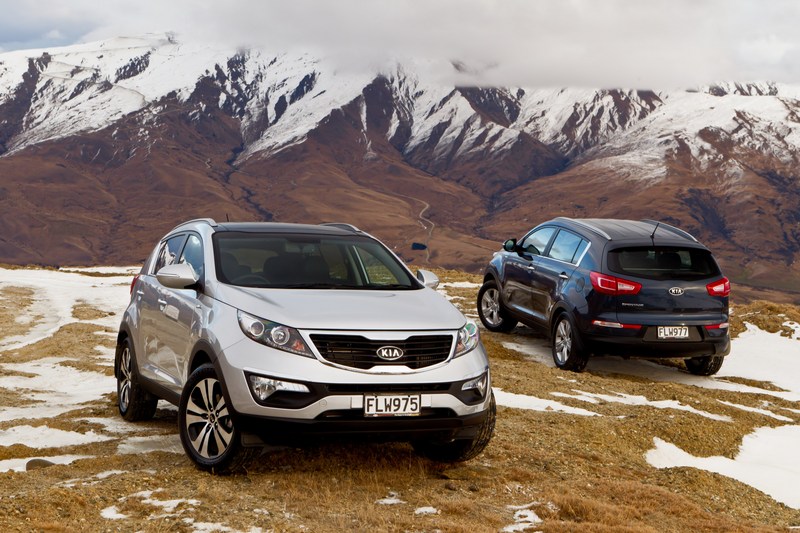 While mainstream manufacturers have been relatively late in embracing the SUV ethos, Kia has been a player for many years.

In another life the Sportage was a largely uninspiring SUV that struggled against hotter competition from the likes of Suzuki, Toyota, Subaru and Mitsubishi.

In a game changing move, Kia have brushed aside a previous competent, but lacklustre, product range to become one of the most successful brands in the marketplace. This hasn't merely been good luck, but a case of getting its house in order with some desirable models that offer brilliant value for money, in a sound, enticing package.

Inside, the Sportage is a much roomier vehicle than the outgoing KM series model and it rides on a 2640mm wheelbase - 10mm longer than its predecessor - and because the new model has more rear overhang, cargo space is increased.

The Sportage comes with the choice of three model grades - Si, SLi and Platinum - and three engines in two-wheel drive and all-wheel drive models.

The 2.0-litre petrol delivers 122kW of power and 197Nm of torque at 4600rpm - both large improvements on the old 104kW/184Nm engine. This engine can race the manual Sportage to 100km/h in 10.4 seconds while the automatic adds 0.2 seconds. Kia claims an 8.7-litre/100km/h combined fuel consumption for both the manual and automatic.

The mid-spec SLi is also available with Kia/Hyundai group's excellent 2.0-litre turbo-diesel engine that is mated to the equally smart six-speed automatic transmission. Topping the Sportage range is the AWD turbo-diesel Platinum automatic at $38,990. It boasts 135kW of power at 4000rpm and a healthy 393Nm of torque at 1800rpm. The engine is a third generation common rail system mated with Piezo-electric injectors and a variable-geometry turbo-charger.

All Sportage models are well kitted out safety-wise with six airbags, electronic aids to prevent rolling on steep gradients, stability control with rollover sensor and Hillstart assist. All this for under $40,000 certainly represents great value.

We were fortunate to spend considerable driving time behind the wheel of both 2-4-litre petrol and 2.0-litre turbo-diesel Platinum models and really while the diesel is my preference, there is little separating them. We achieved better than claimed fuel economy in both vehicles, with the diesel - fully loaded - returning 7.4-litres/100km on combined highway and urban cycle.

Both models share the same high-spec equipment list and in most respects the Sportage is better equipped, certainly a sharper looker, and better value proposition than the alternatives.

There is a roomy interior feel and an ambience that is more European than Korean. One area that does discernibly differ is the suspension. The Sportage underwent a five-month local evaluation program that resulted in Kia engineers calibrating suspension dynamics to suit Australian road conditions. The result is ride and handling that is stable, direct and suited to our variable quality roads.

The 2.4-litre petrol, while adequate around town, needed to work harder for the same result, with more gear changes, but certainly not enough to discourage choosing a petrol option.

The diesel is undoubtedly the pick of the three engines. There is no substitute for more power and torque, with the oil burner eating up the kilometres, with very tidy sub-eight litres/100km fuel consumption. Front seating is very good, and certainly in Platinum spec able to be moulded to provide maximum comfort and lumbar support. The sweeping dashboard draws the eye to the eye-catching centre console and LCD display. Sound dampening is also to a high standard with engine noise well insulated from the cabin.

The AWD model employs a useful 4x4 system that delivers traction as required. It is a foolproof system, which in normal conditions uses 4WD Auto - which is basically 2WD with traction distributed to other wheels when slip is detected. For more serious conditions there is 4WD Lock, which maximises traction, delivering 50:50 front/rear traction. The system automatically deactivates when 30km/h is reached, switching to 4WD Auto at speeds above 40km/h.

The new Kia Sportage compact soft-roader ticks all the boxes. It is a five seater with loads of class, impressive ride and performance. Without detracting from the capable petrol models, the turbo-diesel is my model pick, and for value for money, at a tad under $40,000 the Platinum - with all the bells and whistles - model is simply unbeatable. 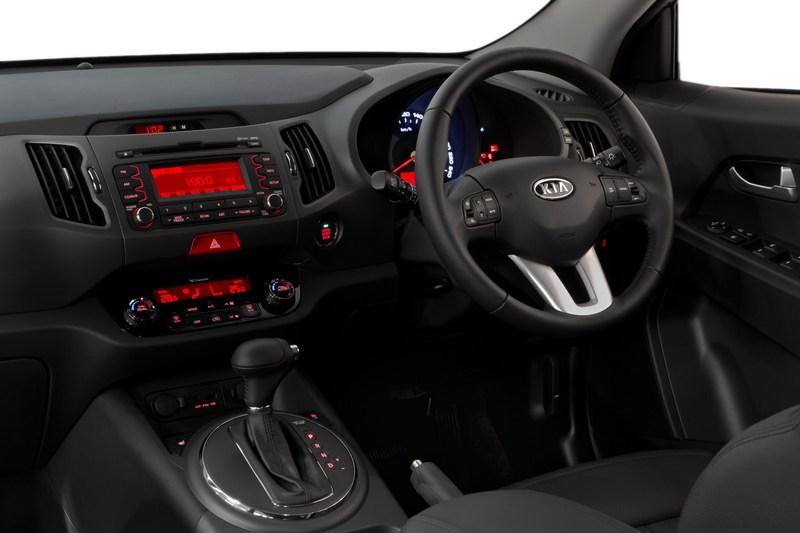 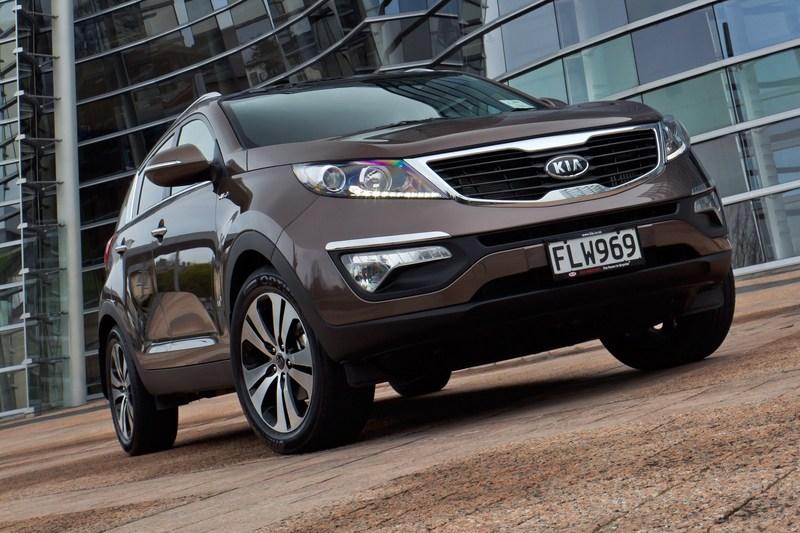 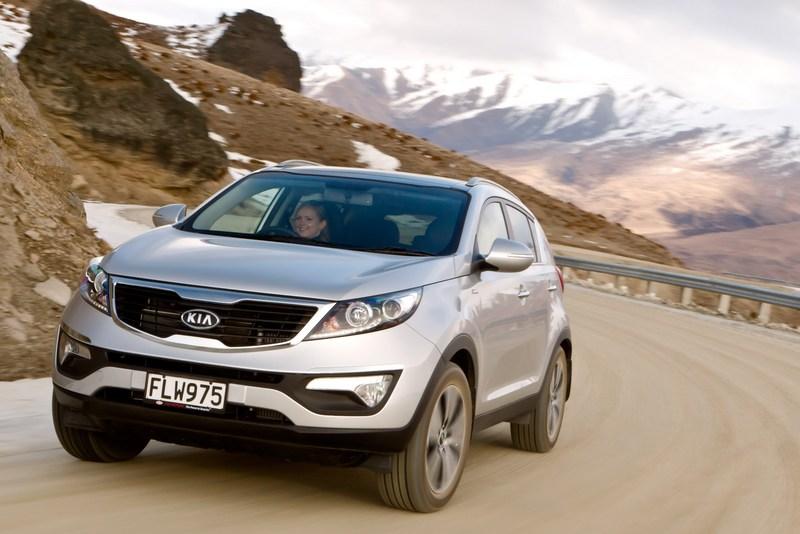 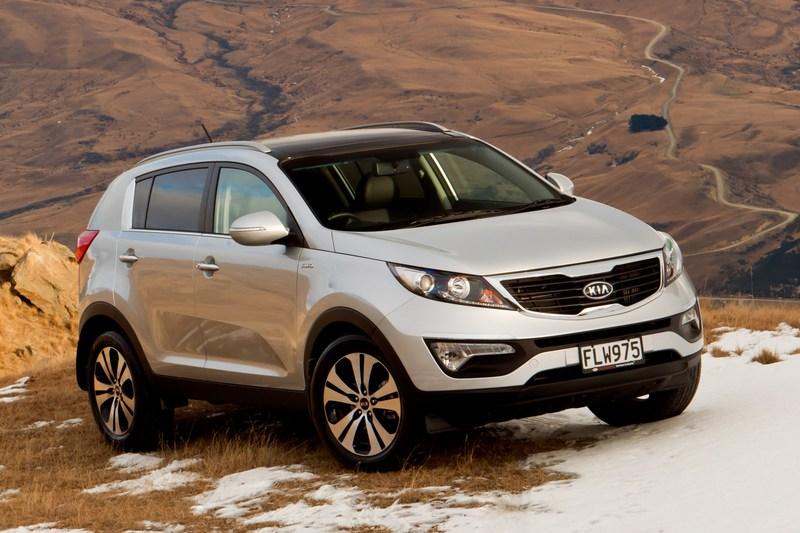 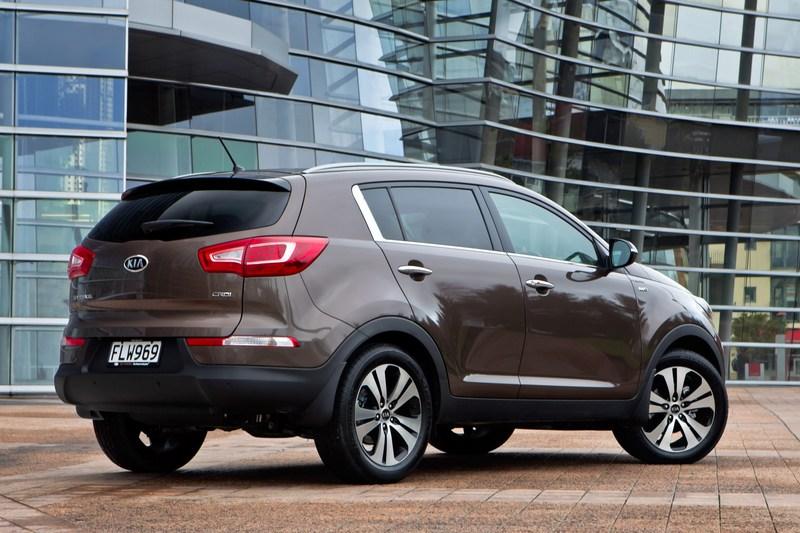