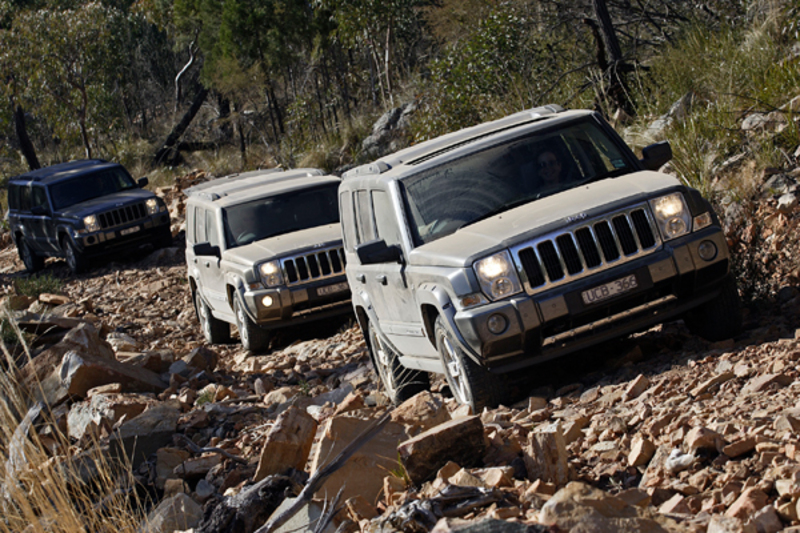 It was the first Jeep vehicle to offer three rows of seating and seven-passenger capability
The Commander was Jeep's answer to the large 4WD wagon market, aimed squarely at Patrol and LandCruiser.

It was the first Jeep vehicle to offer three rows of seating and seven-passenger capability. A boxy, muscular vehicle, it was launched in May 2006, unfortunately in the midst of a fuel crisis, with the flagship model powered by a thirsty 5.7-litre Hemi V8!

The Commander never took the market by storm, nor I suspect even gave the big two a scare, with sales of the Commander at best modest. Eventually the big Jeep was discontinued. Having said that, the Commander wasn't such a bad machine. It certainly had excellent load/passenger capability, loads of power and the ability to tackle tough 4x4 tracks.

The Commander had a unique presence, with pre-requisite Jeep seven-slot grille, flanked by dual lights and chiselled hard-edged wheel arches with exposed hex nuts. The body was upright with large windows and rear hatch door.

It was available in five models, with two spec levels: Commander and Commander Limited. The two entry-level models were powered by the 4.7-itre V8 and the 3.0-litre turbo diesel. The Limited was offered with the same two engines, plus the 5.7-litre Hemi V8.

The Commander 4.7L had Jeep's Quadra-Trac II full-time four-wheel drive system, while all other variants had the advanced Quadra-Drive II system, with electronic limited slip differentials - front and rear - which could transfer virtually all torque to any wheel that had traction. Five speed automatics were standard, but the petrol versions gained what amounted to a half-step extra gear for a smoother shift. All models had low range and towing capacity was 3500kg.

While the Commander body was new, it was basically underpinned by the running gear of the five seat Grand Cherokee, with the same chassis (albeit 37mm longer), drivetrain, suspension and choice of engines.

Three powertrains were available in the new Commander - one diesel and two petrol engines. The 5.7-litre Hemi V8 petrol, with cylinder deactivation for fuel efficiency, was available in addition to the 4.7-litre V8 petrol. The diesel engine was the all-new state-of-the-art 3.0-litre V6 common-rail turbo diesel (CRD). The entry level 4.7L produced 170kW and 410Nm of torque and the newer 5.7L 240kW and 500Nm. Its technical highlight was its Multi-Displacement System that shut down four-cylinder under light loads to reduce fuel consumption. The 3.0-litre V6 turbo diesel produced 160kW of power and 510Nm of torque. All three engines were mated to a five-speed auto transmission with manual mode.

Inside the Commander offered comfortable and supportive front seats, with a clean, uncluttered layout. Like the Land Rover Discovery, each row of seats was placed slightly higher than the one in front, 'theatre-like', providing forward visibility for every passenger. The second row seats were also more than adequate, with good legroom, while the third row was strictly kid territory only. A stepped roof provided second and third-row occupants with plenty of headroom.

For a touring couple, the second and third-row seats folded forward to create a flat load floor with loads of cargo space.

The lower portion of the dashboard panel was shared with Grand Cherokee, but the top section was all new and prominently featured four pairs of circular adjustable air vents and displayed 16 Allen head bolts that also contributed to the mechanical, constructed look of the vehicle. Both the steering wheel centre and the gear selector knob presented the Jeep logo framed in a bright ring with exposed simulated Allen bolt heads, to continue and enhance the overall design theme. A precise four-dial instrument cluster with LED illumination featured black gauges with white graphics and red pointers for reading ease in all conditions. One shortcut that Chrysler Jeep failed to address was the placement of the handbrake on the wrong side of the centre console despite the vehicle being designed for left and right hand drive markets. Notwithstanding, equipment levels and finish were good with controls user-friendly.

A number of options were available, including underbody skid plates protection, all terrain tyres, climate Group and premium paint.

On the road, the Commander was a lively performer, and while the suspension could be a little choppy over corrugations, it wasn't bad. With seating for all the family, the Commander opened up Jeep to a new market, although perhaps the market wasn't ready for it! With Grand Cherokee underpinnings, comfortable and functional interior, Commander was made for large families that enjoyed 4WD touring.

Ride and handling were good for a vehicle of that size, although steering was a little light at speed. Like the Wrangler, the Commander impressed in tough terrain, tackling some steep loose-rocked tracks at launch with ease. The 3.0-litre engine was the pick of the bunch for economy and torque, with the Hemi a lot of fun, but nonetheless an extravagance, with fuel consumption figures starting at 16L/100km.

The Commander deserved greater success, and with prices starting at launch (2006) at $54,900, through to the top of the range 5.7L Limited V8 at $71,990, it was priced for success. Unfortunately this wasn't to be, but nevertheless Commander remains a very useful 4WD wagon just the same. 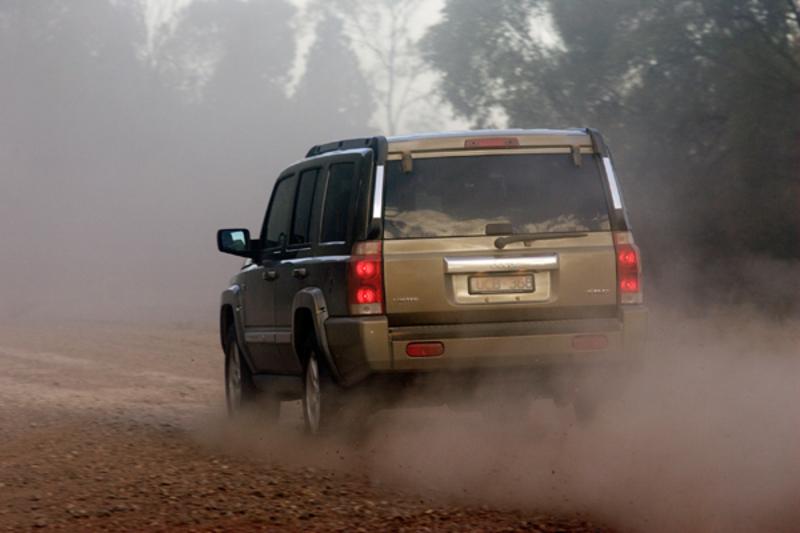 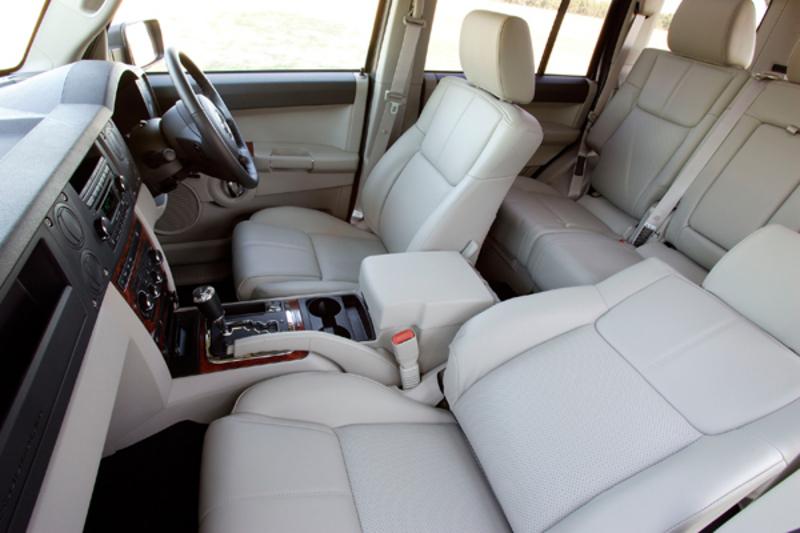 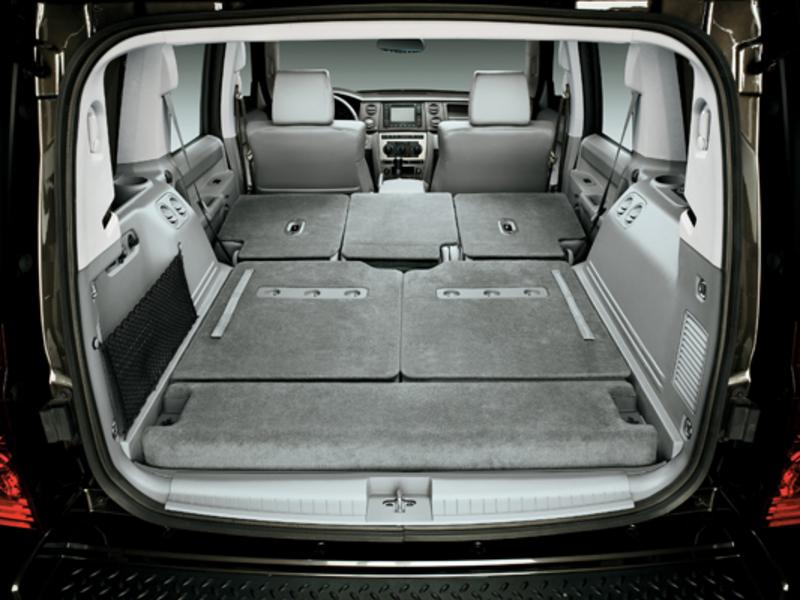 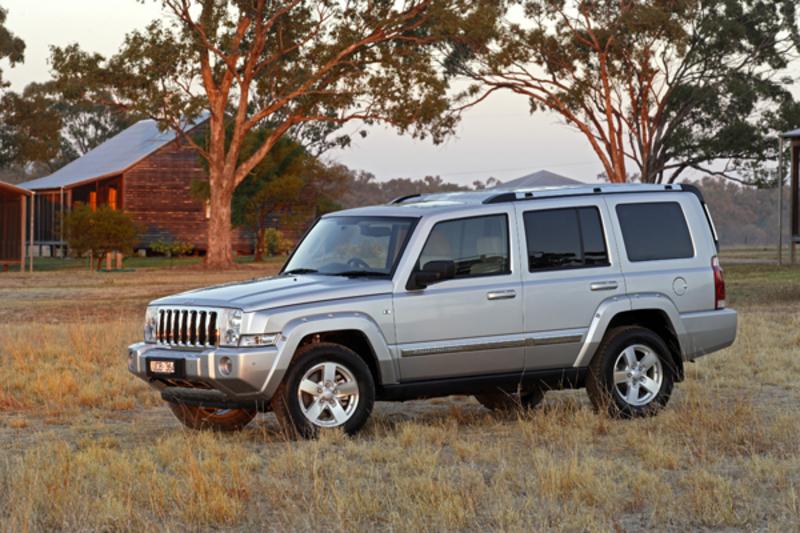 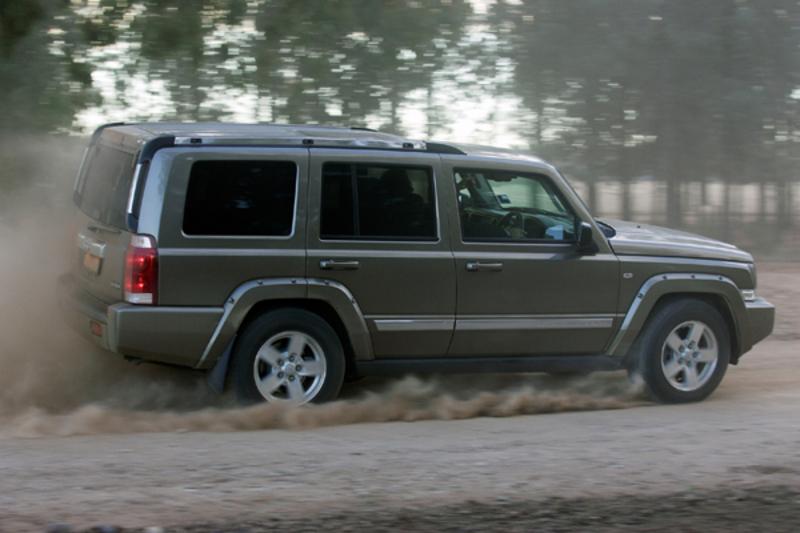 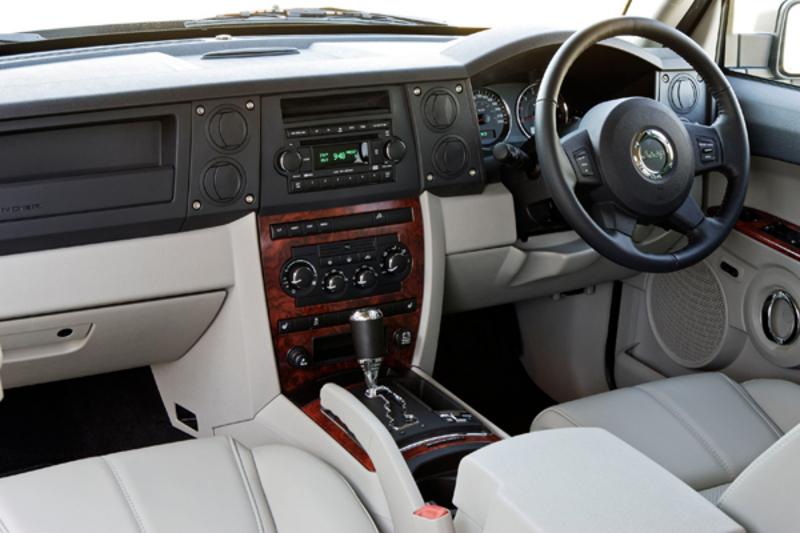