Developed from the Suzuki XL-6 concept vehicle revealed at the Detroit Motor Show the previous year, the XL-7 was Suzuki's first seven-seat four-wheel drive wagon
Suzuki broke the shackles of being a small carmaker in July 2001 when it launched its largest ever model, the 4WD XL-7.

Developed from the Suzuki XL-6 concept vehicle revealed at the Detroit Motor Show the previous year, the XL-7 was Suzuki's first seven-seat four-wheel drive wagon.
Based on Suzuki's Grand Vitara, the new XL-7 was the largest vehicle ever produced by the Japanese manufacturer. The seven-seater gained its extra passenger capacity via a 505mm longer wheelbase over the Grand Vitara wagon, accommodating a family-sized third row of seats.
The XL-7 was powered by Suzuki's familiar all-aluminium DOHC four valves per cylinder V6 engine, enlarged to a larger 2.7-litre capacity, so that it produced peak power of 130kW at 6,200rpm and 231Nm of torque at 3,300rpm.
The rear differential gear was lowered to provide improved acceleration whilst maintaining fuel economy. Driver comfort was ensured by the use of liquid-filled mounts that isolated the engine, almost completely reducing any noise and vibration.
A five-speed manual transmission was standard, while the four-wheel-drive system is a dual-range affair with 'on the fly' selection and automatic front locking hubs.
Built on a full ladder frame chassis, Suzuki claimed the XL-7 offered an
unprecedented level of durability and safety with the vehicle's front and rear crush zones working in conjunction with the XL-7's bumper system, and second generation dual air bags, to reduce passenger injury in severe impact.
Standard equipment included dual air conditioning, power windows and door locks, power mirrors, keyless remote entry, engine immobiliser, height adjustable front and rear seatbelt anchors, tilt steering wheel, halogen headlights, rear wiper/washer, adjustable front armrests and 16 inch alloy wheels. The 2001 XL-7 was priced at a competitive $35,990, with auto transmission adding $1,900.
Adding to the value of the XL-7 Suzuki introduced a limited edition model to coincide with the 2002 Melbourne International motor show. The XL-7 Limited was based on the standard seven-seater XL-7, but gained an extensive list of luxury features, including sunroof, leather seating, leather-like special door trim, leather wrapped steering wheel, leather gear shift and transfer knobs, and a roof end spoiler. For the automatic transmission option, a wood grain centre console was also included.
Revitalised in 2003
In February 2003 both Suzuki's Grand Vitara and XL-7 ranges gained a contemporary new look with modern interior upgrades.
The XL-7 gained a new woodgrain and natural tones trim. A stylised dash, contrasting lower instrument panel along with new shift and transfer levers also reflect the updated colourings.
The XL-7 came with a double DIN CD player with AM/FM stereo and a sporty three spoke steering wheel, complete with stereo controls. The XL-7 also offered a six-stack in-dash CD player as standard.
An illuminated display panel, which was blackened when the ignition was off and illuminated with ignition on, included two new indicators to alert drivers when a door was ajar or when running low on fuel. A new digital clock was also fitted, complete with outside temperature gauge. For additional security, the cabin became illuminated as soon as the vehicle was unlocked via the remote central locking system.
Both driver and passenger comfort was enhanced with the use of new dial control air conditioning, while the strength of the airflow was also improved. New seat head restraints provided improved ergonomics for both driver and passenger comfort throughout.
Improved storage options included a new sliding and folding covered armrest storage compartment between the front seats with dual cup holders for the rear. There was also a new instrument panel storage compartment providing a sleek look to the console. The XL-7 also included an overhead storage compartment with space for two pairs of sunglasses. Other new features included a fade out function on the room light and additional accessory socket on the centre console.
While the XL-7 was the biggest Suzuki, in comparison with vehicles such as the Mitsubishi Pajero and Land Rover Discovery it slotted in to the mid-sized 4WD category. Seven seat vehicles were still relatively rare in 2003 and the XL-7 was a viable alternative for young families. It was the most affordable seven seater wagon at the time. The third row seats were not particularly comfortable and seriously compromised cargo space. Inside the XL-7 was generally well equipped, with front bucket seats, 60/40 back seat and 50/50 split third row seats. Standard features were good, but notable omissions were cruise control, and a rear cargo blind.
The driver enjoyed plenty of head and shoulder room, and forward vision was good. With low slung rear door mounted spare, rear vision was also good.
The XL-7 was basically a Grand Vitara with an extra 505mm of length. It shared the same body panels forward of the B pillar, which was not a bad thing. Where the Grand Vitara shone, so did the XL-7. This being its off road capability. It was equipped with dual range transfer case, and boasted genuine 4x4 ability, unlike many competitors. Four-wheel drive was engaged with a separate dual-range gearshift located behind the normal gearshift. Four-wheel drive could be engaged/disengaged on the fly at speeds up to 100 km/h, with automatic locking hubs meaning that there was no requirement to manually lock front hubs. The V6 engine was quite perky and in low range handled obstacles with ease. The biggest failing of the XL7 was that the increased wheelbase made the vehicle susceptible to being hung up in the centre with poor ground clearance.
On road the XL-7 was a pleasant performer, with good ride and handling and good performance. There was some understeer and body roll through corners, but generally the longer wheelbase made the XL-7's dynamics predictable.
The XL-7 was a smart value model from Suzuki, combining high equipment levels with a decent engine, genuine 4WD credentials and packaging to suit families.
BRIAN TANNER 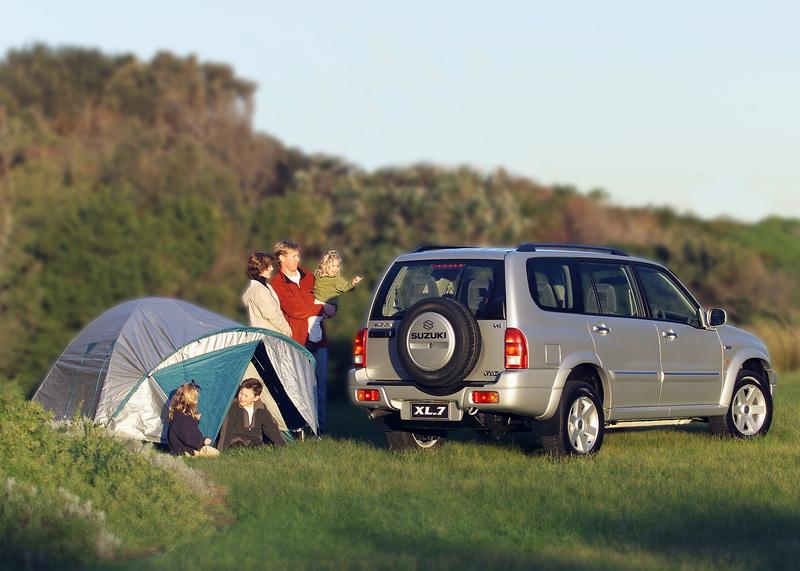 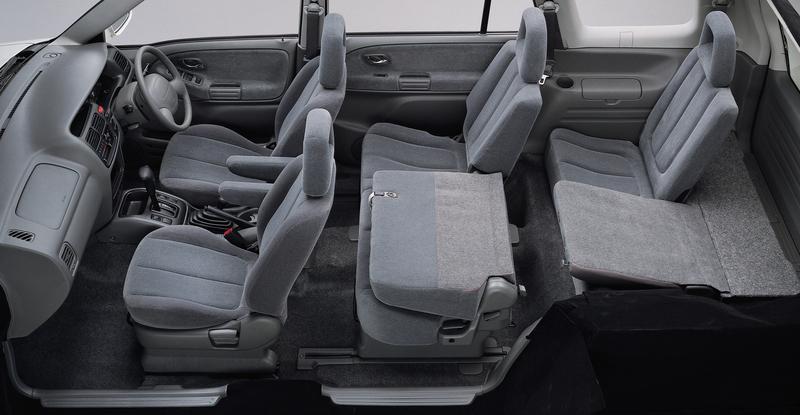 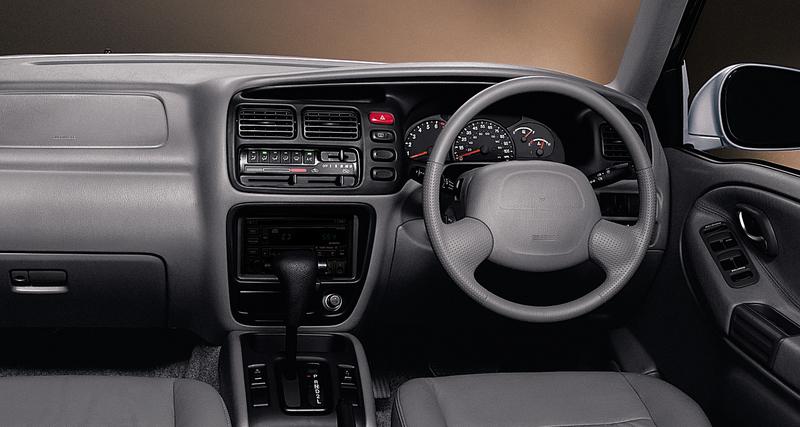