Based on the J-WJ concept car shown two years previously at the Tokyo Motor Show, the HR-V was designed to be a fun and functional addition to the Honda range of compact SUVs.

It was unveiled at the Brisbane Motor Show in February 1999 and went on sale March 1. Initially only available as a 3-door, the HR-V slotted into the Honda range below the 2.0-litre CR-V. It shared the CR-V's dual-pump Real Time four-wheel drive system, using simple hydraulics to detect slip in the front wheels and activate a clutch to provide four-wheel traction when needed.

A 1.6-litre, 16-valve, four-cylinder engine producing 77kW of power and 138Nm of torque powered it. The engine was optimised for response in the low to mid rev ranges, but in reality was generally considered to be underpowered. The engine was relatively environmentally friendly, achieving exhaust emissions 80 percent cleaner than existing Australian regulations.

The HR-V had a wide track and sporty suspension consisting of front McPherson strut and five-link De Dion type rear.

Safety was also a priority with the HR-V with Honda claiming substantial pedestrian safety protection, with features such as impact absorbent bonnet and a pivot slide system for wipers. Inside there were seat belts with pretensioners and standard dual SRS airbags.

Front seat occupants had a high seating position, while the rear 50/50 split seats could be folded flat to accommodate long loads. There was a one-piece tailgate.

Three door cars have minimal appeal in Australia, and so a five door HR-V was rushed on to the market in February 2000. While similar in concept to the Honda CR-V this was a more appealing and useful car.
Equipped with the same 1.6-litre four-cylinder SOHC LEV engine and Honda's Real Time four-wheel-drive system, the HR-V five-door gained 100mm in wheelbase to boost interior space.

The five-door gains reinforcements in the side sills and joint sections of the rear frame to enhance body rigidity.

Rear passengers gained extra legroom and the added flexibility of reclining rear seats. Six settings were available, as with the HR-V's four-wheel drive sibling, the CR-V. The rear seats folded down in one motion to provide a flat floor for long or bulky cargo.

The HR-V five-door rear parcel tray was fitted with a net pocket to accommodate rear seat movement. Heater ducts were also provided for the rear seats.

Passenger comfort was improved with extra legroom.
Honda also took the opportunity to up the equipment level. The HR-V five-door was available in one equipment level with dual SRS airbags, power windows and mirrors and remote central locking.

Both HR-V models featured numerous multi-purpose storage areas, including a new pullout cupholder in the centre console for rear passengers.

The HR-V five-door dash layout and interior trim was revised, with the power mirror switches moved to the dash. A digital clock was located in the AM/FM radio display in both five-door and three-door models. An in-dash six-stacker CD player became an option for the first time. The HR-V came with a long list of standard features including dual airbags, remote keyless entry, power windows and mirrors, body-colour bumpers and two extra speakers for the AM/FM radio.

A new-shape rear spoiler with high-mounted rear stoplight was standard on both models.
The colour range was also freshened for 2000 with two new colours available on the HR-V five-door - Lightning Silver and Fresh Copper.

The HR-V had a short lifespan and was dropped from the Honda lineup after a couple of years. Potentially it was a well thought out compact SUV, but suffered from a lack of power and rather than enhance the Honda range, it caused confusion with Honda buyers who still overwhelmingly preferred the CR-V. 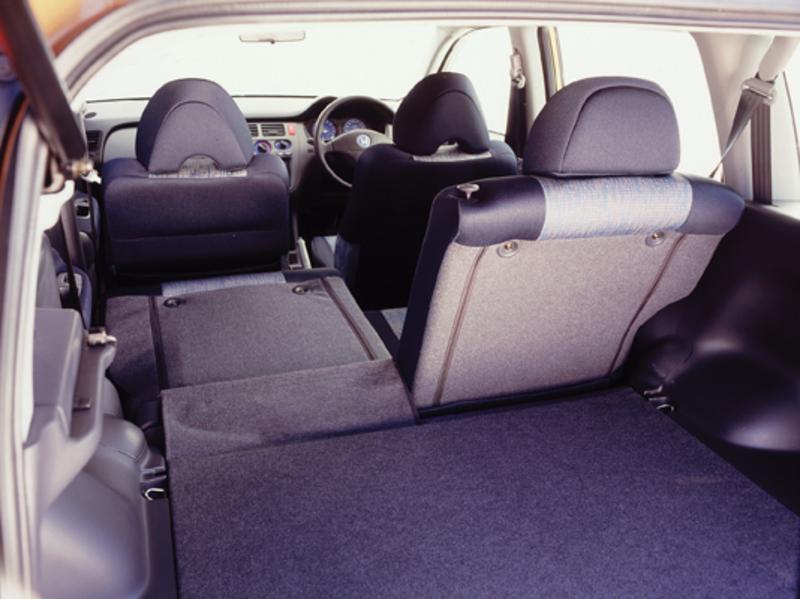 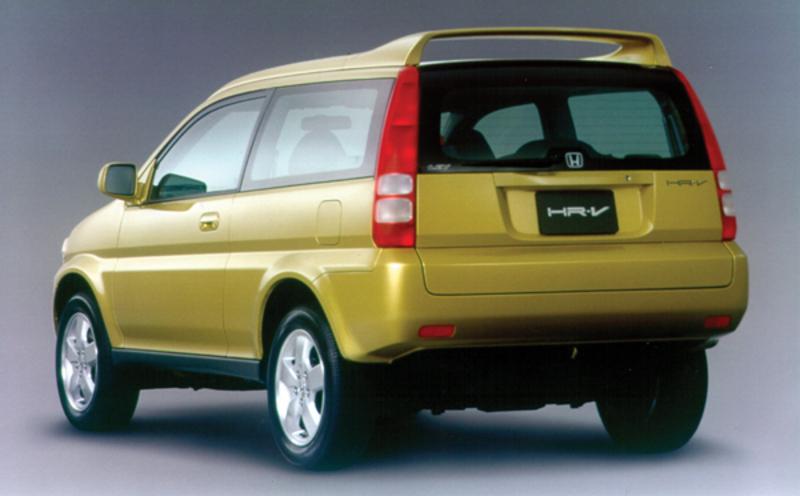 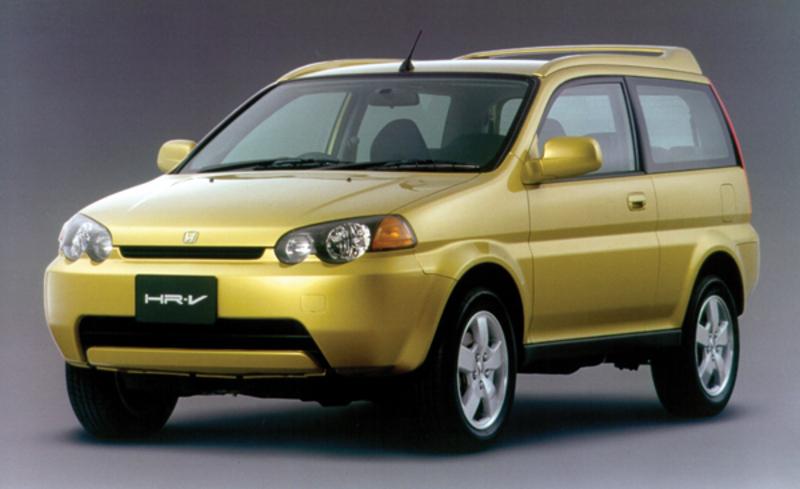 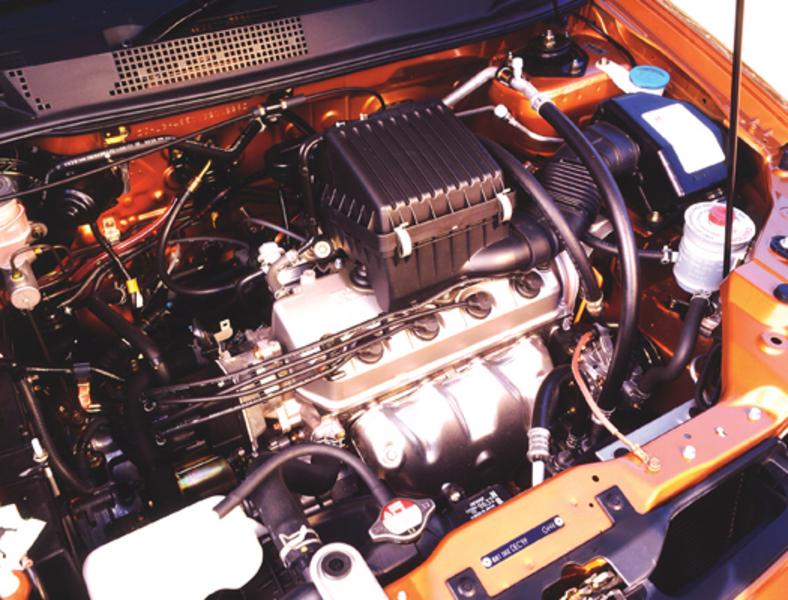 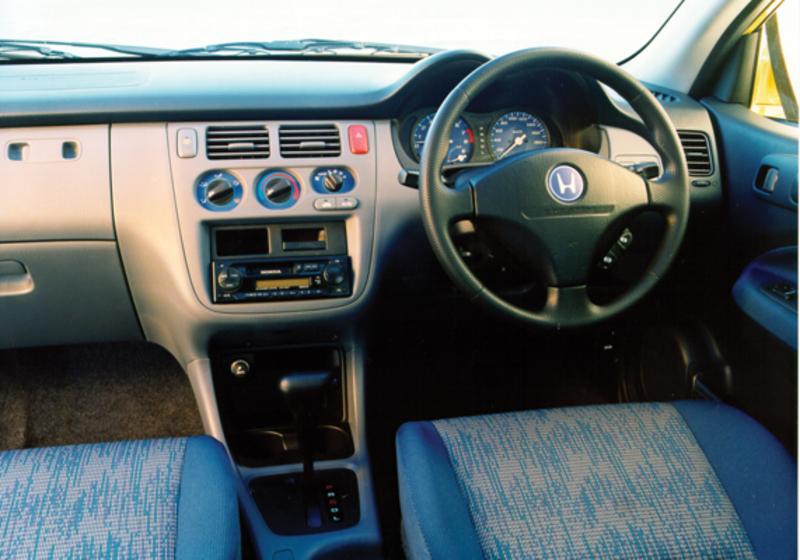