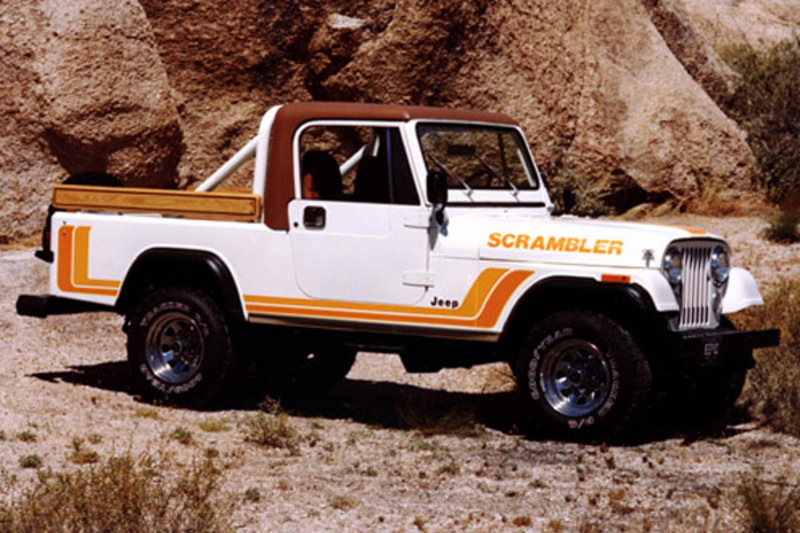 American Motors (Jeep) hedged their bets, declaring that the new 4WD should not look like a Jeep dressed up to impersonate a pickup, but they were not prepared to design a new vehicle from scratch, with the Scrambler based instead on a CJ chassis
Introduced in March 1981, the Scrambler was Jeep's version of a 4x4 pickup. It was introduced to counter the success of imported Japanese pickups.

American Motors (Jeep) hedged their bets, declaring that the new 4WD should not look like a Jeep dressed up to impersonate a pickup, but they were not prepared to design a new vehicle from scratch, with the Scrambler based instead on a CJ chassis. The vehicle had to have universal appeal, being open-topped with a genuine cargo box behind the cabin.

The pickup conversion was initially thought to be an easy task, merely requiring an adapted hardtop, removal of the rear seat, tailoring of the soft top to fit, and use of the same running gear as other CJ's. It wasn't that simple!

The doorway of the CJ-6 was cramped and necessitated a redesign. The CJ-6 frame had to be fully boxed and reinforced and the bed braced to take the proposed 1485-Ib payload. Gradually the Jeep pickup became less of a compromise, and took on its own unique character.

The cargo box was not removable, but an integral part of the body. It was separated from the cab by a low bolt-in sheet metal bulkhead. The cab was designed to accept a removable fibreglass hardtop with detachable locking steel doors, a vinyl soft top with vinyl or steel doors or no top at all, making this America's only roadster pickup. To reinforce the perception that the pickup was not merely a converted CJ-6 it carried the Scrambler name and was designated the CJ-8.

One of the key characteristics of the Scrambler was the five-foot cargo box. Controversy raged within Jeep over whether the cargo box should be the standard 6 foot or five-foot. The smaller box won the day because its centre line was directly over the axle, whereas the six-foot box would have extended the load beyond the axle, creating an imbalance.

A 2.5-inch diameter roll bar was fitted to the bed, but this was increased to 3-inch diameter for final production, as the 2.5-inch bar looked too lightweight!

The cargo box unfortunately was of single wall construction and the spare wheel was attached to the tailgate, which when lowered was supported by plastic covered cables. As an option, a swing away spare wheel mount was available allowing the tailgate to form a flatbed with the box bed.

From the windscreen forward the Scrambler was all CJ Jeep in appearance with CJ dash, steering wheel and seats. The longer wheelbase of the Scrambler produced a better ride than the standard CJ and felt more secure. Its weight distribution was about 50/50 measured at its chassis centreline. While this was great for handling without a load, once a load was added the additional rear weight gave the power steering a lightness and vagueness not normally associated with Jeep.

The fully boxed frame provided a 103.5-inch wheelbase and a front tread of 51.5- inches. Rear tread was 50-inches. Wherever possible the Scrambler used existing CJ parts. The front suspension used 4-leaf semi-elliptic springs and tubular shocks and a live axle rated at 2200-pound capacity, free wheeling hubs and an anti roll bar. At the rear a semi-floating 2650 pound capacity was supported by 4-leaf semi-elliptic springs with a 185 lb/in rate. Scramblers ordered with the fibreglass hardtop were fitted with 5-leaf springs. An extra-heavy duty suspension option was available.

The Scrambler's standard engine was the 82hp 4-cylinder 151ci engine AMC had obtained from Pontiac. Also offered was the AMC 258ci six-cylinder with 8.3:1 compression ratio and 2-barrel carburettor.

Jeep has always provided a long list of optional equipment, and provided two appearance option packs - the SR and SL sport packages - for the Scrambler.

With the various options available for the Scrambler, there were few additions to the Scrambler in 1982 with the exception of an enlarged 20-gallon fuel tank, and 5-speed, overdrive transmission as further options.

The standard mounting for the Scrambler's spare wheel was relocated to the roll bar in 1983.

The new Comanche pickup was ready for the 1986 model year and the Scrambler was dropped at the end of the 1985 model year.

Modifications for 1985 were minor with chrome lettering on the rear fender in place of hood identification. Both the SR and SL packages were dropped, with their places taken by the Renegade and Laredo options.

The 1985 Scramblers were available in four standard colours and an additional 6 metallic paints were offered.

Although only in production for 5 years, the Scrambler was a tough 4WD and an interesting variant in the CJ series. Known as the CJ-8, the five-foot box cargo put it at a disadvantage in the mini-truck market, although a traditional 6-ft bed would have greatly unbalanced the Jeep.

The four-cylinder variant, whilst fuel efficient, was slow and lacked the punch of the optional six-cylinder engine.

The Scrambler was a comfortable vehicle, and with the optional SR or SL packs offered a high level of comfort and features. The high bucket seats were first introduced in the CJ range in 1979 and served the Scrambler well. With optional tilt steering column the driver could settle in with a good seating and steering combination. The hardtop was superior to the soft-top, providing a level of security and a less noisy ride. The doors on the hardtop could be removed easily by taking out four pins.

The Scrambler enjoyed its most successful year in 1981 when it was first introduced. Thereafter sales declined every year. Nearly 28,000 Scramblers were built in a 6-year period and they offer good value if you can find one!

Running gear and mechanicals were all standard CJ as per the CJ-5 and 7 and parts should not be a problem.

The Scrambler introduced the concept of a Jeep pickup to the American public, and provided a useful stopgap before the impressive Comanche pickup truck was released in 1986. 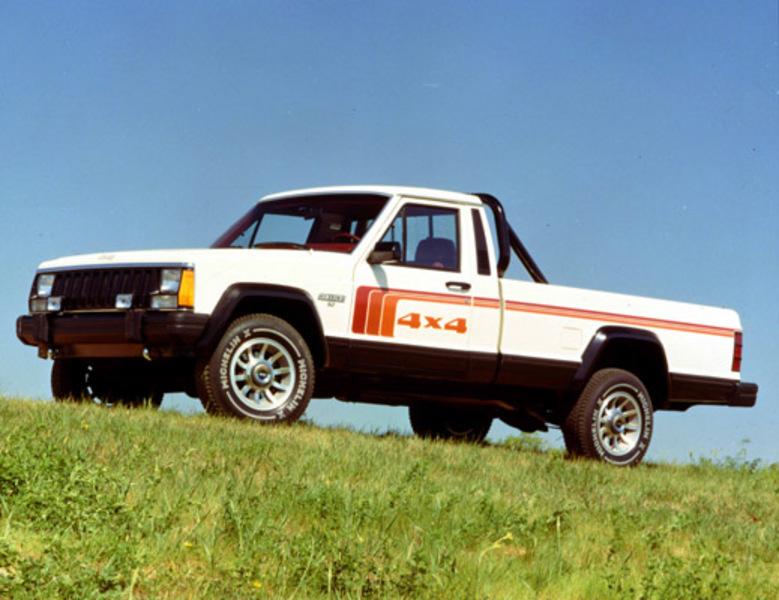 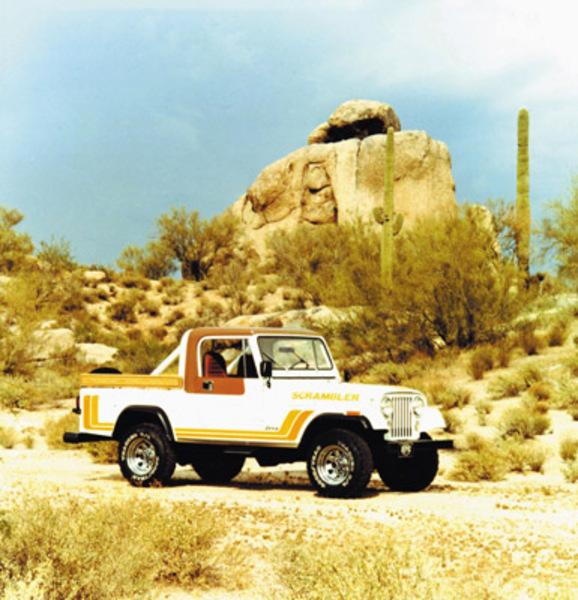