The success of the 1948 SWB Land Rover saw the Rover Company inundated with special requests from customers for a bigger vehicle.

Rover responded firstly by enlarging the 80-inch wheelbase to 86-inch, 88-inch, 107-inch and finally to 109-inch. Despite the flexibility of the 109-inch LWB, customers continued to ask for a Land Rover that could carry heavier payloads.

As early as 1955 a prototype forward control Land Rover existed on a 107-inch wheelbase and it was more accurately classified as a light truck. It is thought that like the original Land Rover, Rover was greatly influenced by Jeep's Forward Control vehicle, and having purchased one for evaluation were greatly impressed by its enormous load carrying capacity.

The problem for Land Rover was that the 109-inch vehicle only had a carrying capacity of 15 cwt, and Land Rover sought to expand its model range by offering a vehicle capable of carrying 30 cwt in a more spacious load area, without diminishing its cross-country ability.

Work commenced in earnest on a Forward Control Land Rover in 1959 firstly by lengthening the chassis to 129-inches with a stronger frame and chassis. A second approach was that successfully employed by Jeep, whereby Land Rover accommodated the cabin above the engine, thereby providing a much larger tray within the existing wheelbase.

The first prototype of a 'forward control' Land Rover was up and running in May 1960, built on a 109-inch wheelbase. The new light truck was aimed specifically at the commercial market, with a standardised three-seat cabin, Land Rover's four-wheel drive system and options, including a power take-off and winch.

As late as 1961 Rover engineers were still torn between building the Forward Control on the 88-inch or 109-inch wheelbase. Prototypes were extensively demonstrated to potential customers and the military, and finally in November 1961 the decision was made to go to production using the 109-inch wheelbase.

Public debut
The Forward Control Land Rover was publicly shown for the first time at the 1962 London Commercial motor show. Work had ceased on 88-inch and 129-inch prototypes, with Rover taking the cheaper option to use the existing 109-inch LWB chassis, which was raised, and accommodated a distinctive blunt-fronted cabin, which was located over the front wheels on a full length sub-frame. The new sub-frame was simply welded onto the existing chassis. Unlike the first prototypes, the final version had a substantially raised load bed, which was added to increase rigidity to meet the 30cwt target carrying capacity. By using the 109-inch wheelbase 75 percent of existing parts and tools could be used, saving time and new tooling expenses.

There was much familiar about the Forward Control Land Rover including the doors and windscreen. The FC was fitted with 9.00 x 16-inch wheels that provided a minimum ground clearance of 10 inches. It was only offered as a lorry, with drop sides, and the payload had to be dropped 5 cwt for cross-country use. It was priced at 1,015 pounds.

The biggest hurdle that faced the 109 Forward Control was performance. Largely due to its extra weight, and the standard 2,286cc petrol engine was grossly underpowered.

A diesel option had been discarded, leaving only the 4-cylinder 2.25-litre engine, which at best could reach a top speed of 45mph fully laden, and returned a similar poor fuel economy.

Despite the appeal of the vehicle its combination of over weight and under power saw the Forward Control Land Rover record poor sales.

The 1962 FC was awkward to drive, with vague gear change, poorly accessible handbrake, average handling and a bone-shaking ride over rough surfaces. While Rover instructed customers not to load the tray to maximum capacity when used in rough terrain, most ignored the instruction, resulting in many complaints of axle failure.

The compression ratio of the engine was lowered to 7:1, and a different camshaft was fitted. Introduced in 1963, the 109-inch Forward Control was the first production Land Rover to have a six-cylinder engine, but oddly it was only available to export markets, never offered on the home market.

The Forward Control Land Rover was hardly a success in the UK, selling only 353 vehicles. Some 940 4-cylinder petrol units were built for export markets and 633 6-cylinder vehicles.

The British Army experimented with the FC and an ambulance version was considered, although no orders were placed, however some were built for foreign markets.

The 110 FC gained an extra inch in wheelbase to accommodate the 2.6-litre petrol engine, the track was widened by 4 inches, heavy-duty axles fitted, with the rear axle mounted below the spring and moved marginally forward.

To improve handling stiffer springs were used, an anti-sway bar fitted to the front axle and heavier dampers used. The transfer ratios for low range were also lowered. Inside the handbrake was relocated, the instrument panel redesigned, new windscreen wipers fitted and the 109 Forward Control's positive earth electrical system replaced with a negative earth type.

Further to distinguish the 110 Forward Control from its predecessor, the front grille panel was redesigned with headlights located lower, and rear mud guards added.

The 110 FC was far superior to the 109 FC it replaced, but sales remained disappointing with just 2,304 produced in 6 years compared with total production of 3,153 109s in four years. 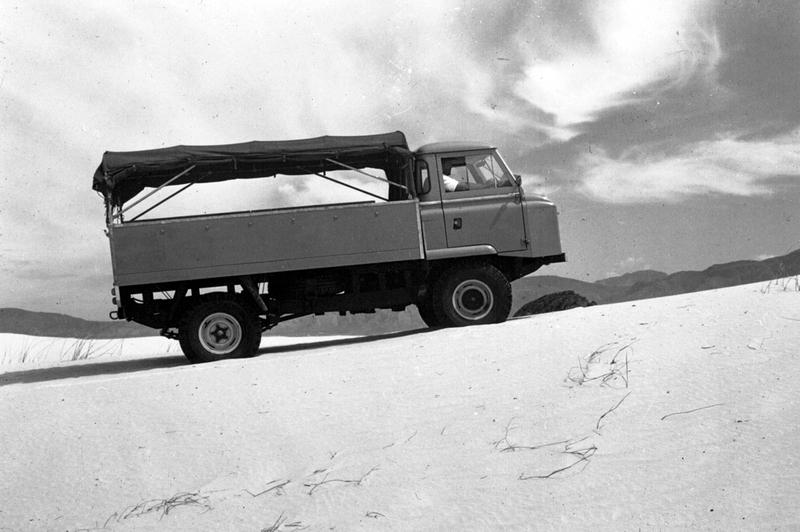 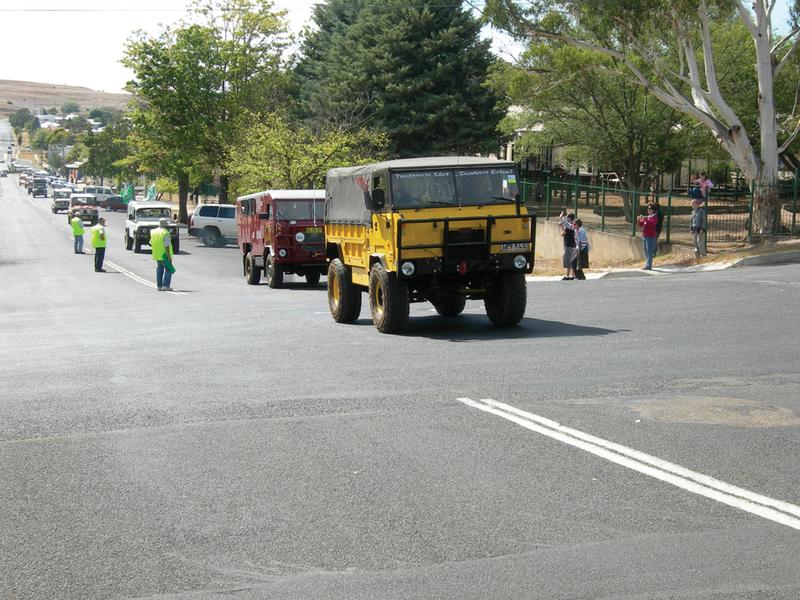 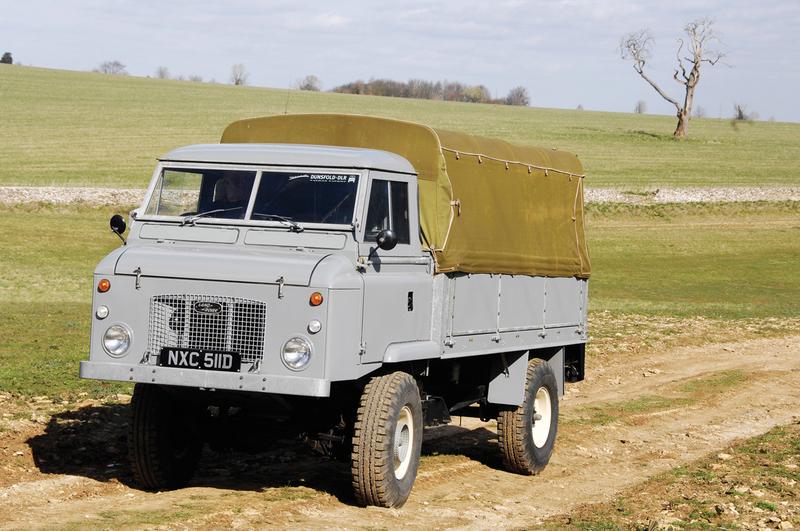 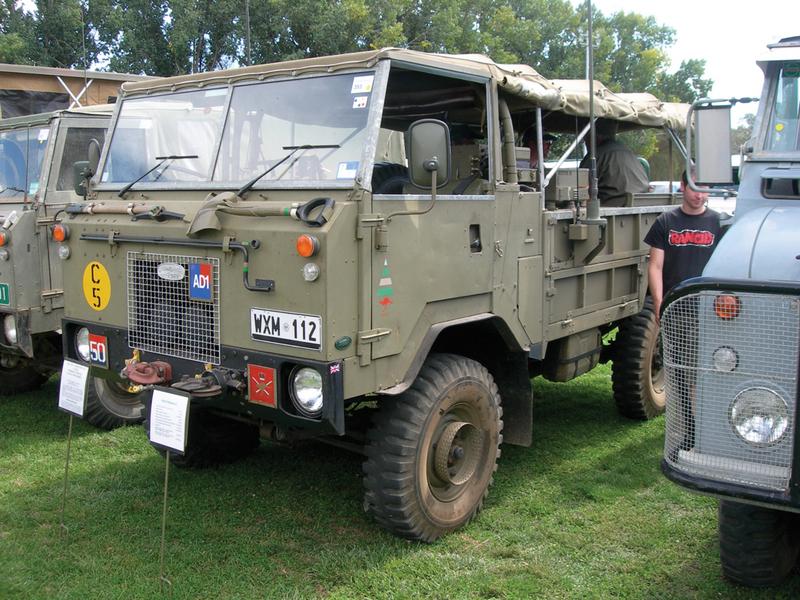