VW Kombi coming back to Australia

VW Kombi coming back to Australia

By customer demand, VW Australia are bringing a camper version of the recently updated Transporter range to Australia.

An upgrade of the current, T6 (aka sixth-generation) Transporter family, the ‘T6.1’ upgrade has also been applied to the California camper, which made its debut at last year’s Caravan Salon show in Dusseldorf, Germany.

In February, VW Australia announced that when the T6.1 upgrade arrives in Australia in Q3, 2020, a California ‘Beach’ camper will be coming with it.

While the California T6.1 is offered in ‘Ocean,’ ‘Coast’ and ‘Beach’ variants in Europe, only the Beach version – the lowest grade - will come to Australia, but customer response may see the mid-range Coast and top-specification Ocean added in the future.

“With the introduction of the T6.1 California Beach, we are finally answering fan and customer demand for a factory-backed, turn-key weekender – we’re ecstatic to be bringing the Kombi Van back to Oz,” said Director of Volkswagen Commercial Vehicles Australia, Mr. Ryan Davies.

“With the T6.1 update of our popular van and people mover variants, our Transporter range gives customers even greater access to our latest tech, design and safety systems.”

Confirmation of the California camper for the local market comes after VW Australia trialled the Caddy-based Beach camper here last year. Although all 120 units imported were sold, the Caddy Beach was arguably too small for what the market is looking for. 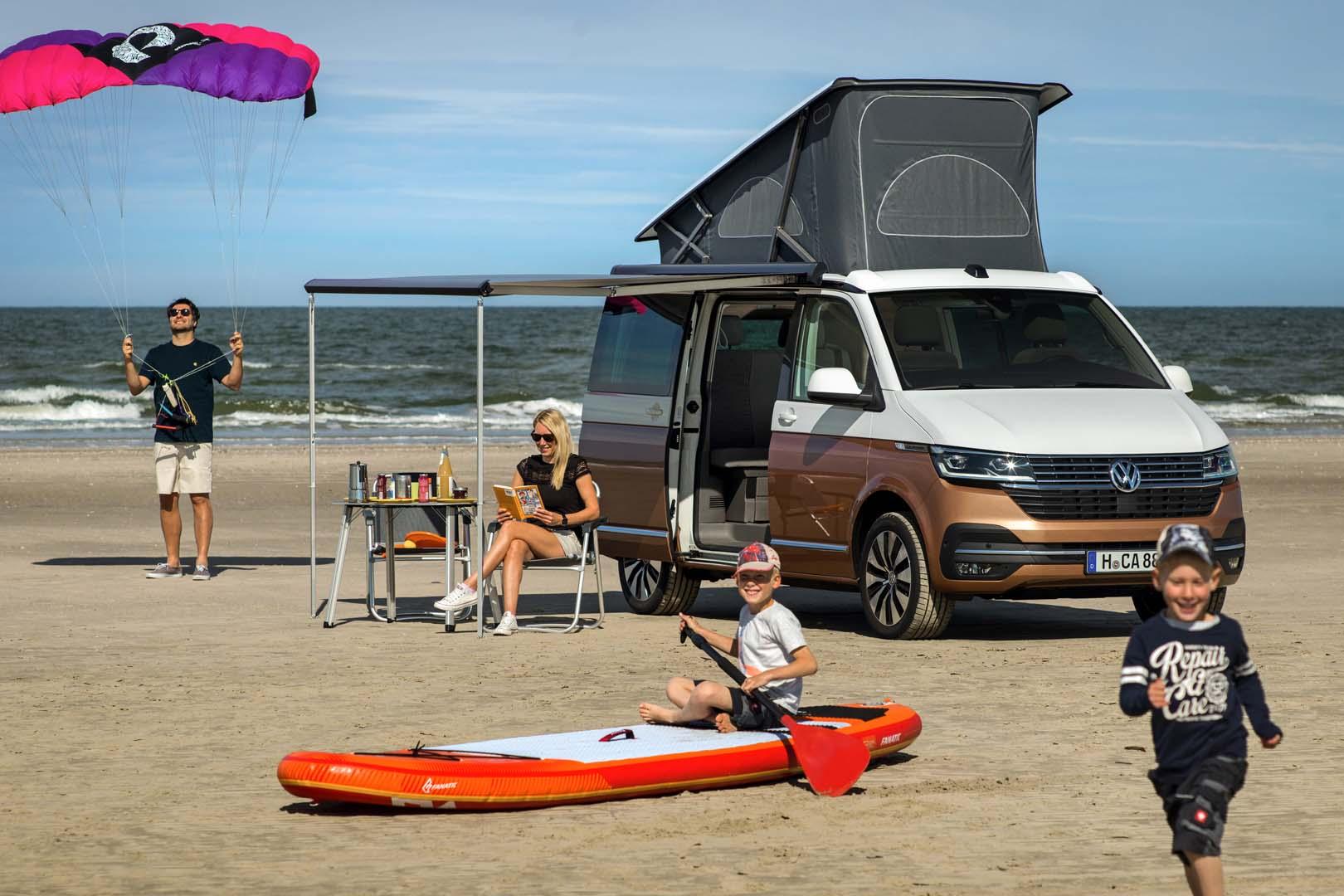 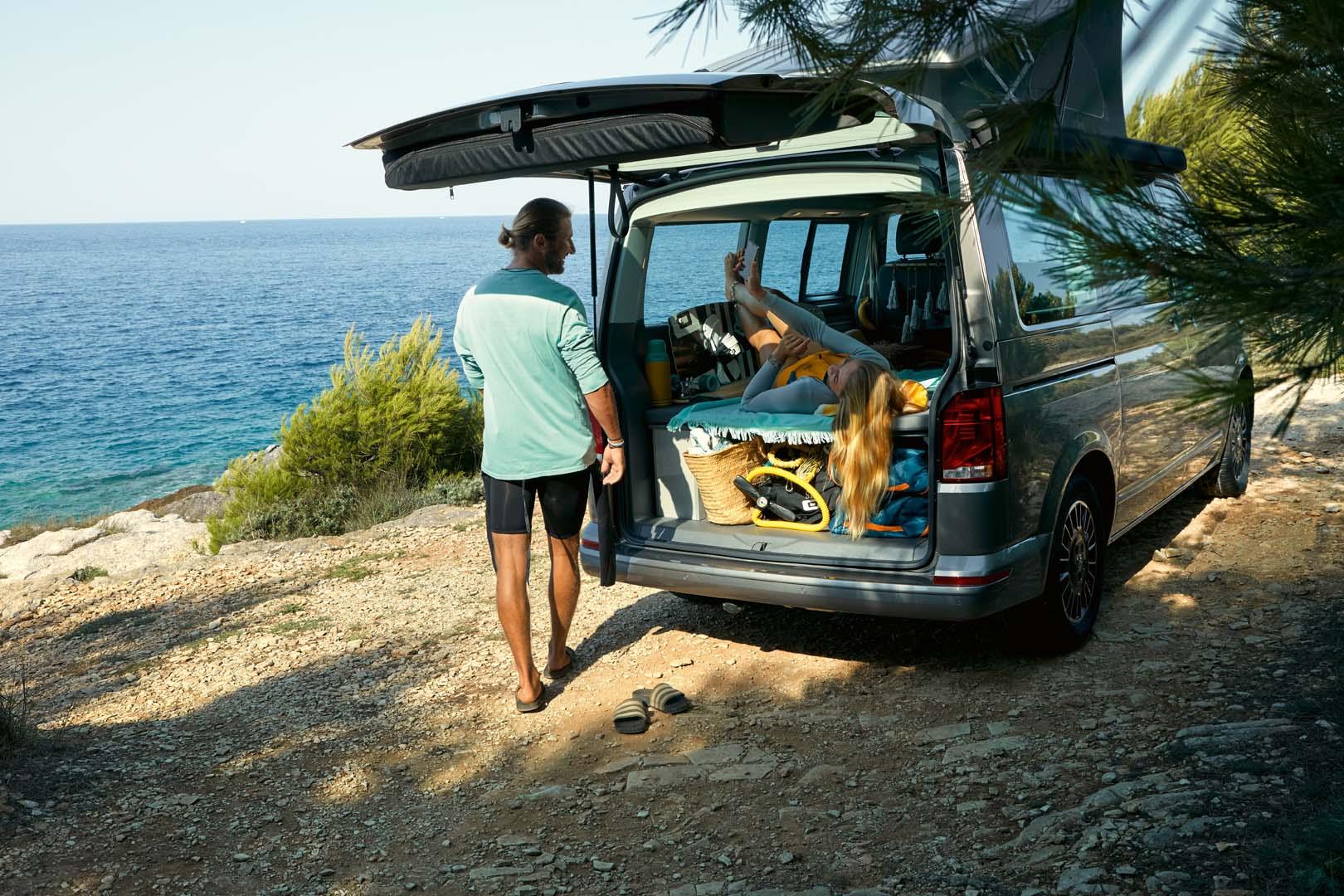 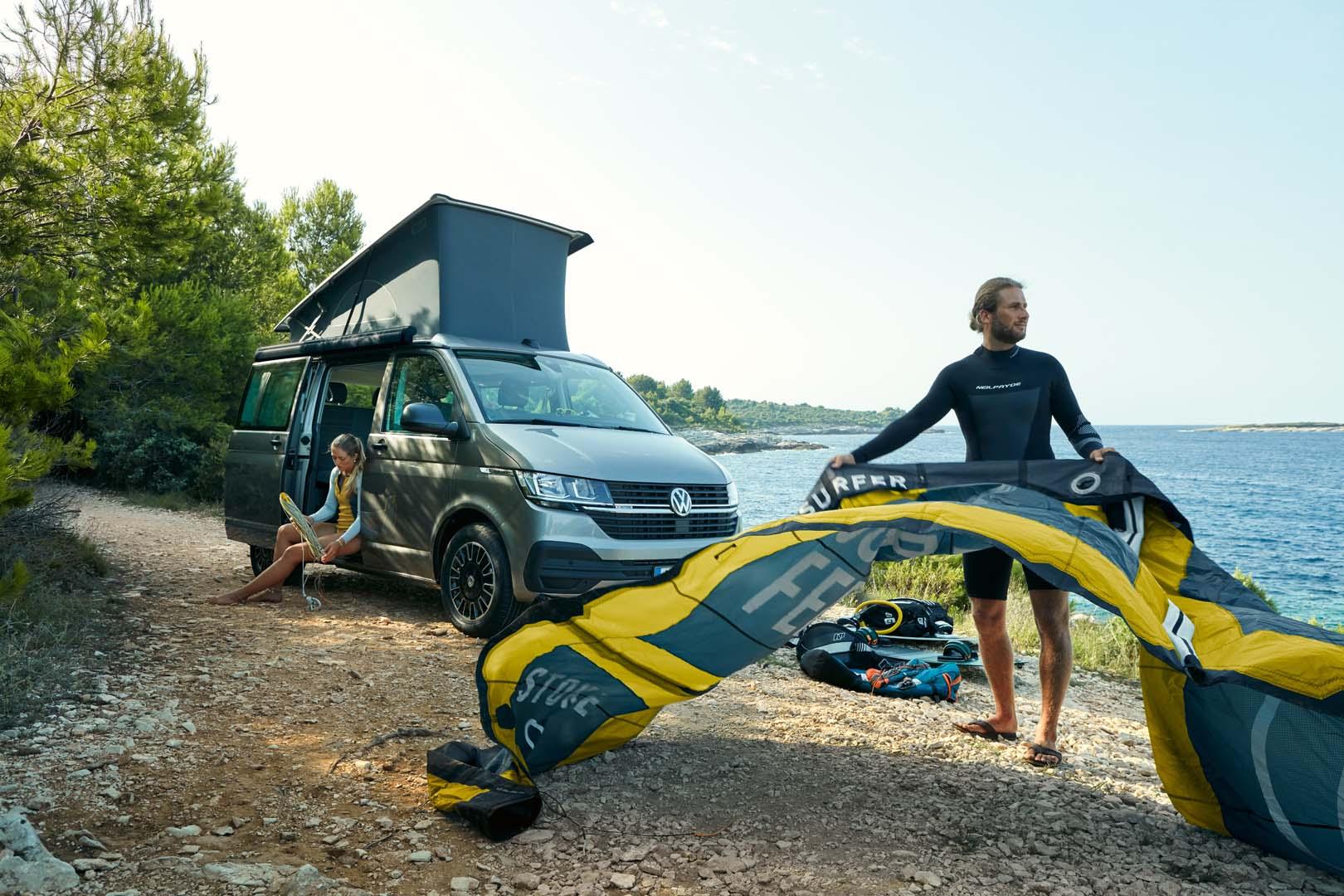 For the T6.1 upgrade, the drivetrain is now a 2.0-litre turbo-diesel four-cylinder engine with 110kW standard and a 146kW version likely to be offered. The engine is matched to a DSG automatic transmission. Front-wheel drive is standard, but VW’s 4MOTION all-wheel drive will be optional.

A key mechanical change with the T6.1 upgrade is the introduction of electro-mechanical power steering, replacing the hydraulic set-up of the T6. This switch has also allowed the adoption of more driver-assistance technologies, including a side-protection function that identifies obstacles when manoeuvring and Trailer Assist, as wel as Lane Assist and Park Assist.

Also standard on the California T6.1 will be Cross Wind Assist that automatically stabilises the van in the event of strong winds.

A new full-colour touchscreen has been added to the control panel in the overhead console. This allows operation of the pop-up roof, lighting, heating, cool box and various other functions from the driver’s seat.

Within this display menu is a new ‘Level’ function that shows how the van is parked – lengthways and crossways – making it easier to get it level.

The infotainment system display has been reconfigured and there’s the choice of navigation system displays (up to 9.2-inch) under the ‘MIB3’ Modular Infotainment Matrix that integrates streaming services and other functions like App Connect. This has also been updated and now includes wireless integration of iPhone apps via Bluetooth for the first time.

An integrated eSIM interface to the ‘Volkswagen We’ online services has been added to the T6.1 and a digital instrument display is optional.

Other changes include the adoption of LED daytime running lights. 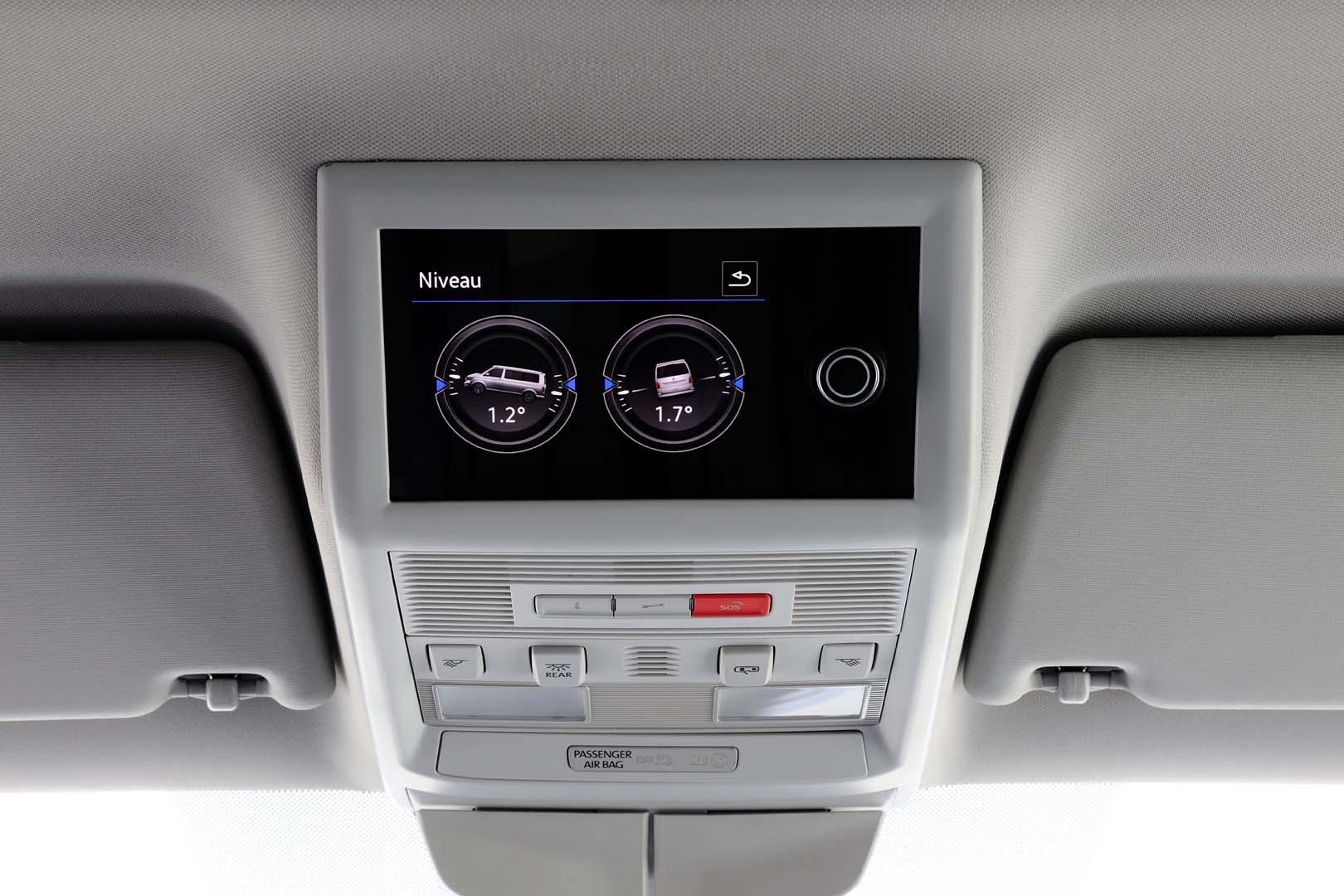 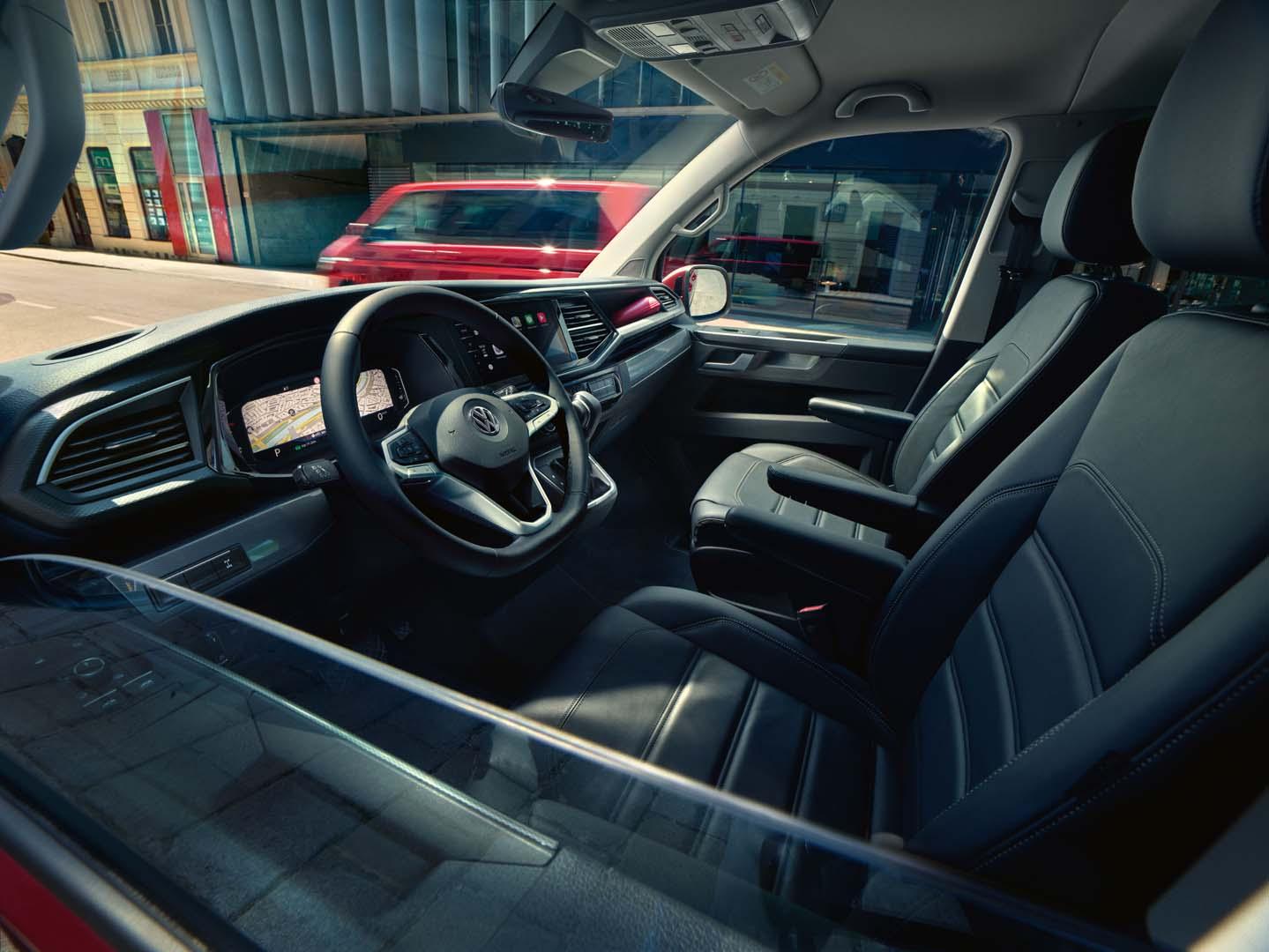 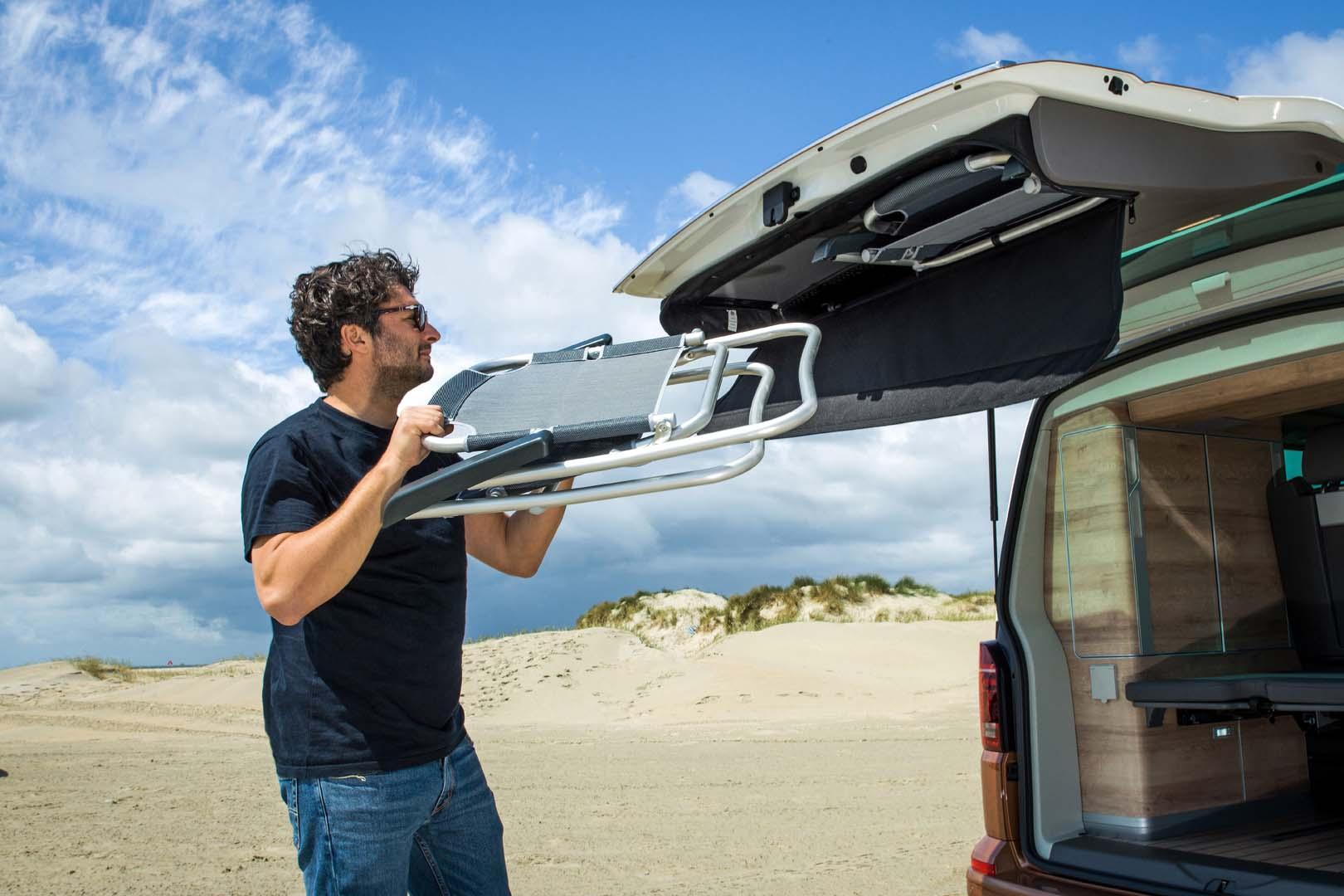 Key changes to the comfort and usability of the California T6.1 include the addition of a sprung base to the upper bed, while the double rear bench seat that folds into a bed can now also be transformed into a banana lounge-style seat for two.

The roof is electro-hydraulically operated on the California Ocean, but the Beach version features manual operation.

On the California Beach, a fold-out single-burner stove and food preparation area is now standard, with space for a gas bottle inside. Upper California T6.1 model grades feature a two-burner stovetop and sink, with new push-release openings for the kitchen area covers (to create a work surface above the kitchen unit). There’s also (depending on model grade) new aluminium door handles, sliding doors (in place of shutters) in the rear cupboards, an additional double USB socket and new-look woodgrain trims as part of a new interior décor.

Exterior changes include new wheel designs (in 16-, 17- and 18-inch), and a redesigned grille that’s also larger to feed air to the 2.0 engine, while top-spec Ocean variants add a chrome strip to the front bumper. 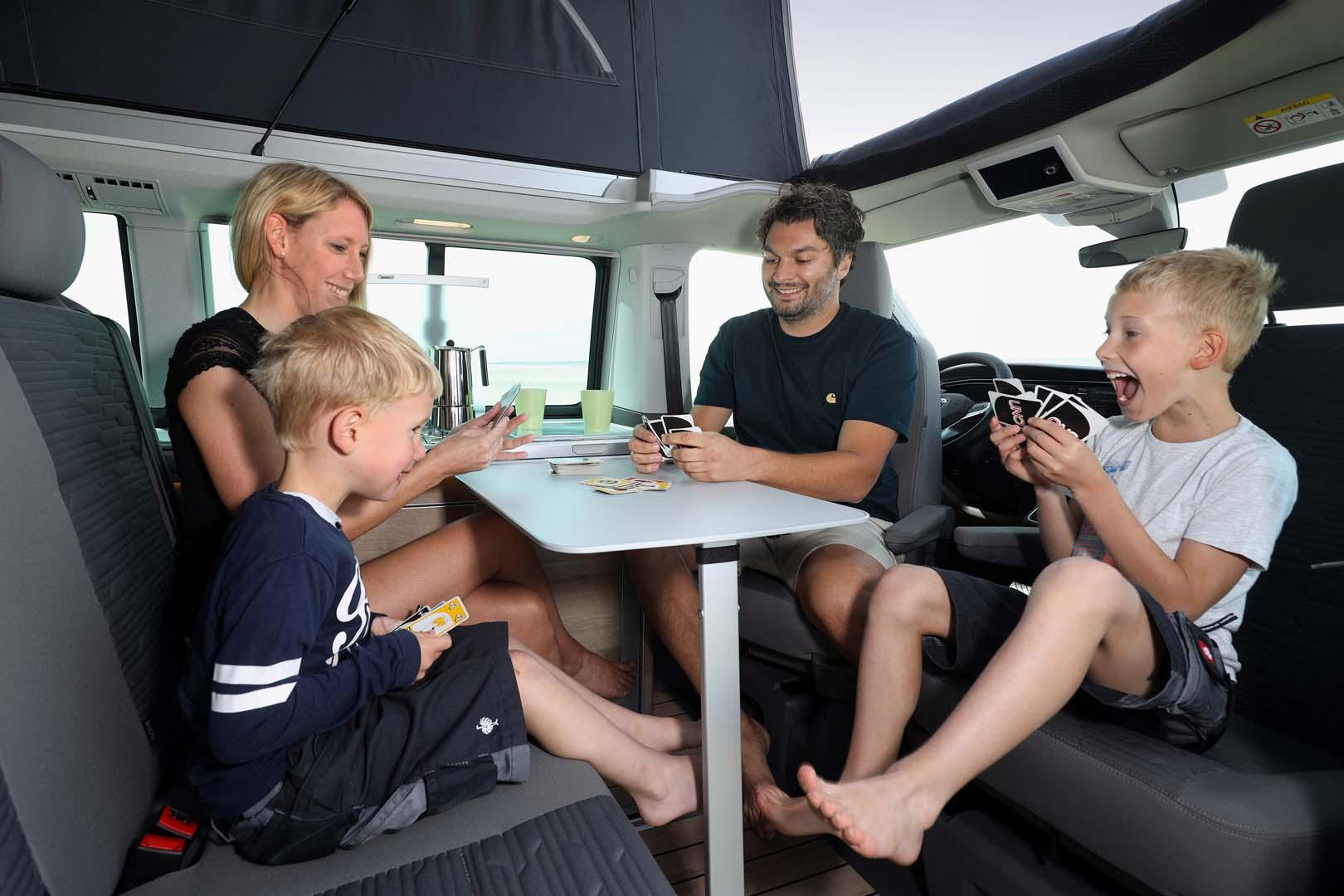 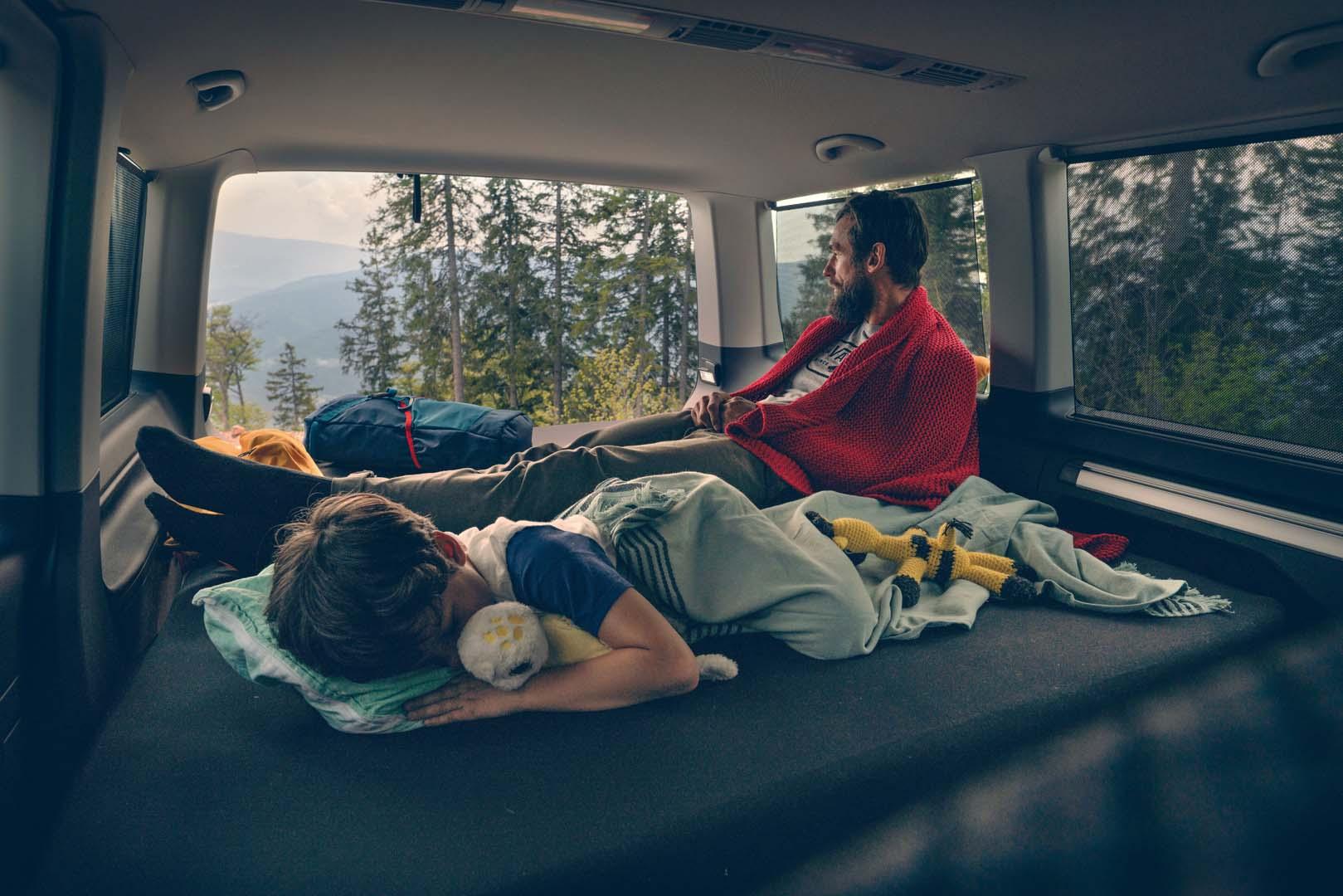 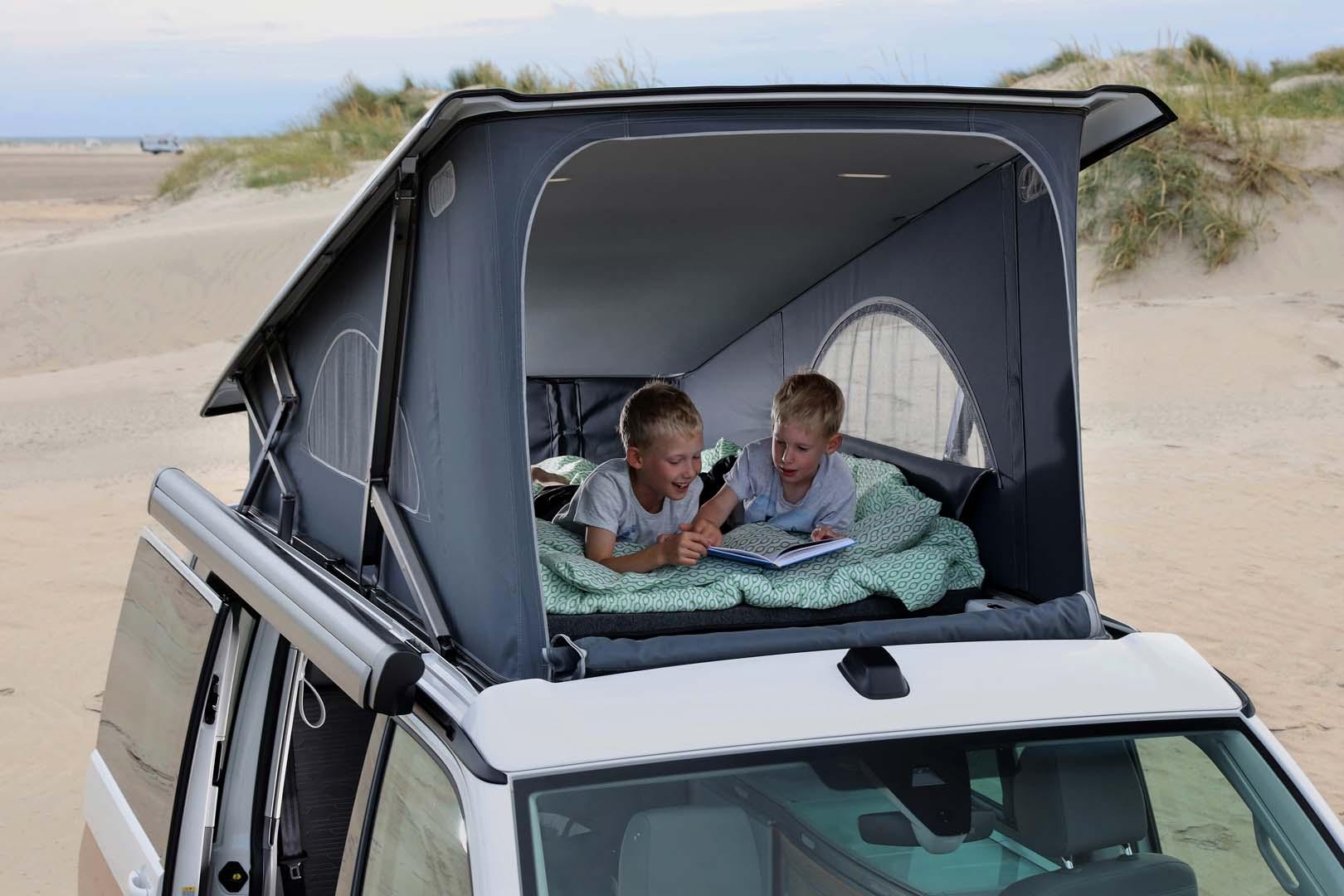 At Dusseldorf, the California Beach was presented in two variants – Camper and Tour – with the main differences being the Camper has a two-seat rear, fold-out kitchen unit and movable storage area, while the Tour features more rear seating and the pop-up roof with integral bed, but the sliding doors on both sides mean the kitchen unit is deleted. With its passenger-side sliding door, the Tour version is the one that’s most likely to come to Australia.

All the California units on show at Dusseldorf were on the SWB Transporter chassis, which equals on overall length of 4.90m, with width and height at 1.90m and 1.99m, respectively.

Available variants, standard features, options and full specification for Australian-delivered units of the VW California Beach will be confirmed closer to local release.

NOTE: Images are of the California Ocean, the top California T6.1 grade that is not planned for Australian release. 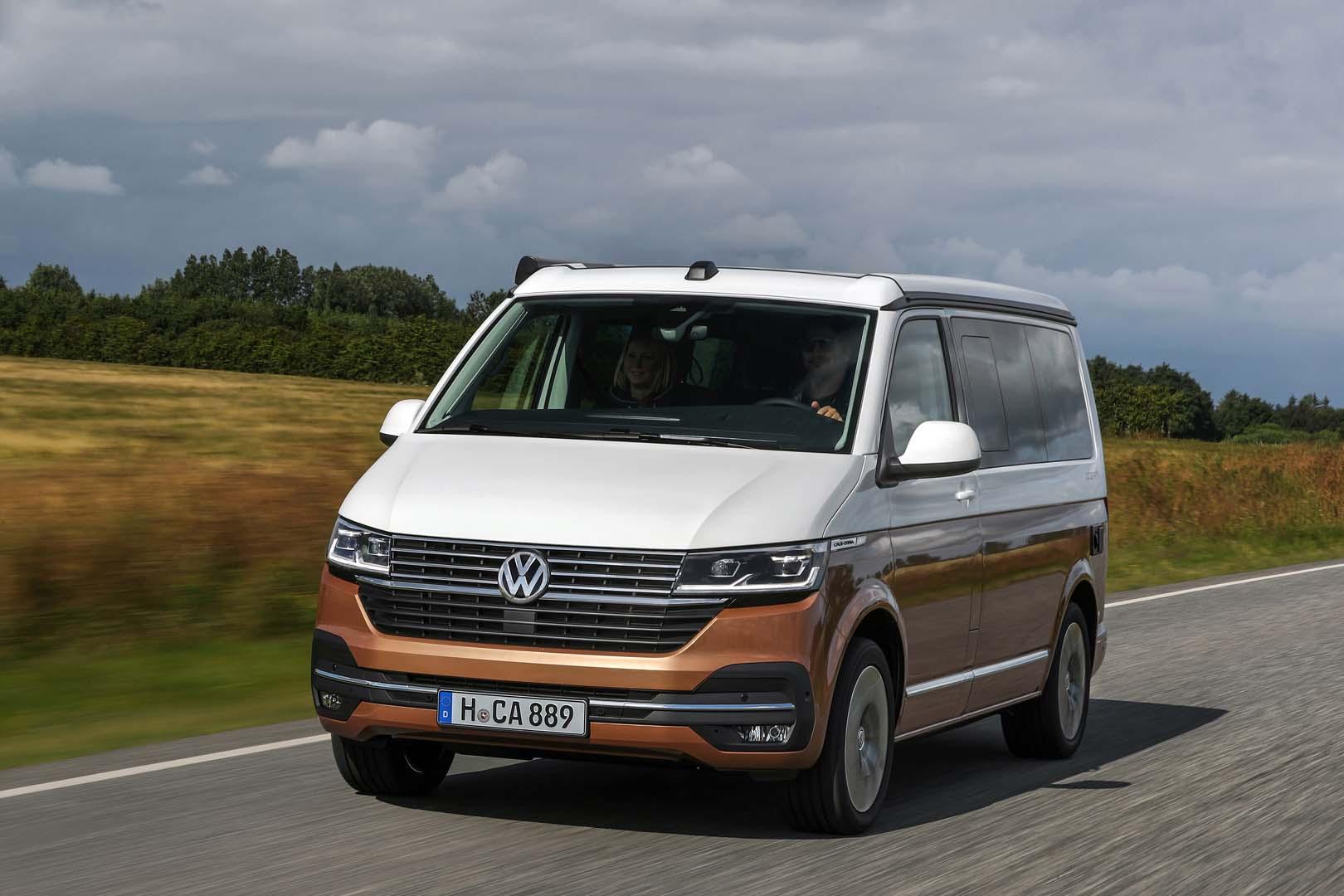 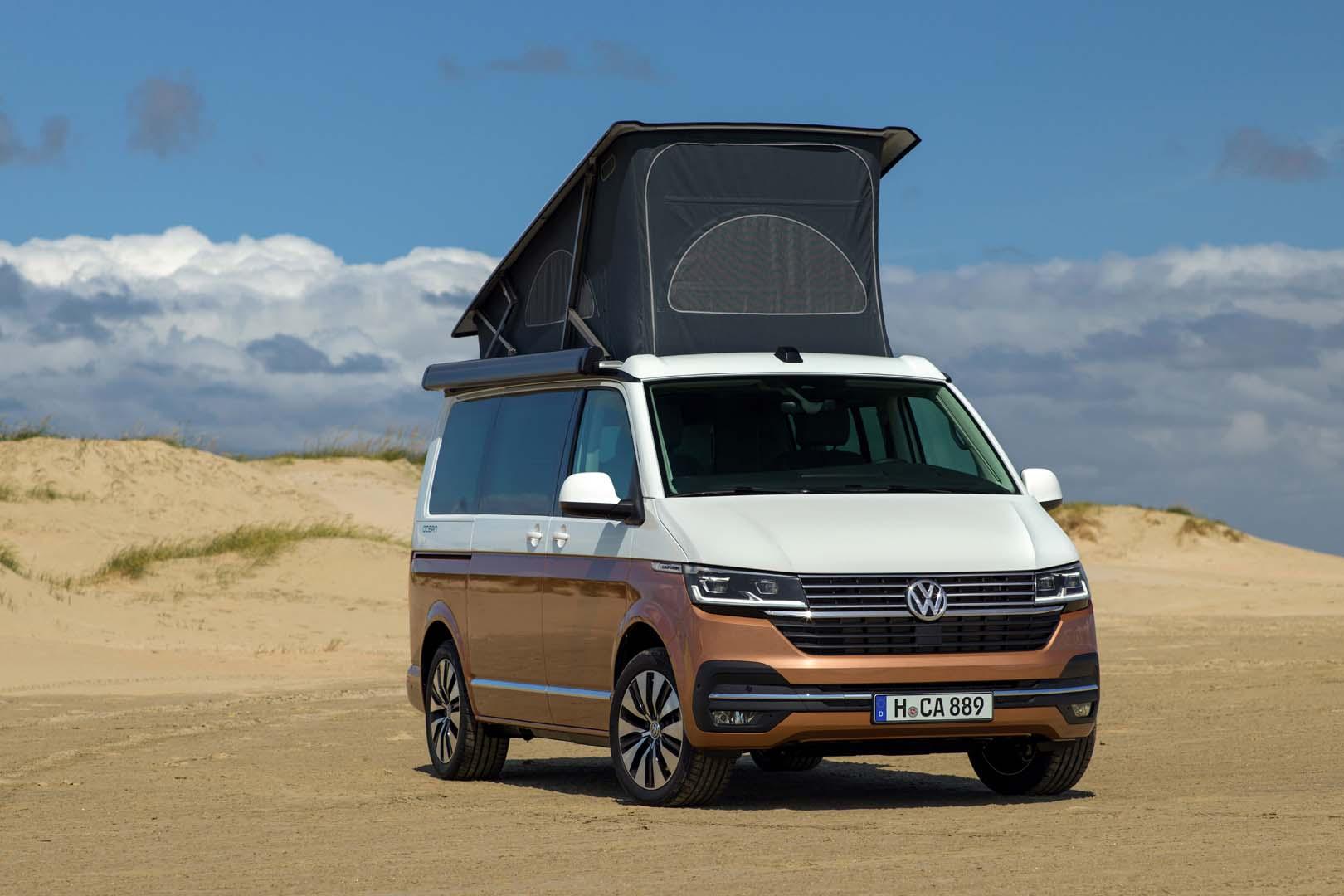 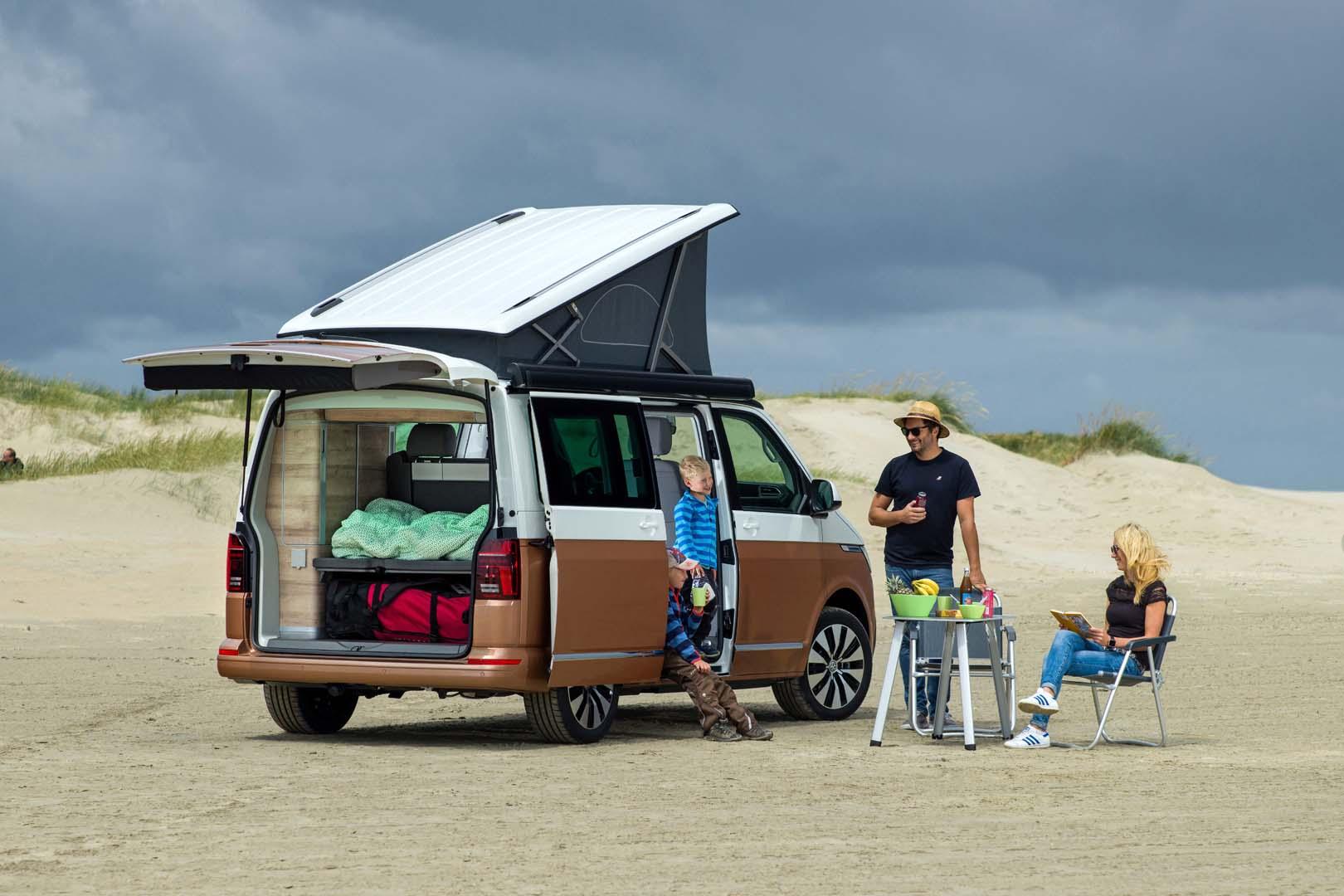