All three manufacturers have all new models about to go on sale, and throw in an upgraded Toyota HiLux arriving in September, and the recent introduction of the Volkswagen Amarok and tradiees and four-wheel drivers will have a smorgasbord of delectable model choices.

Holden Colorado:
The Holden Colorado five-seat crew-cab showcar displayed was designed and built in Holden's Port Melbourne Design Studio. It will be engineered locally, with production in Thailand and an on sale date early next year. The car previewed at the motor show was a one off 4WD dual cab, but closely follows similar vehicles that GM have shown in Bangkok and Buenos Aires. You can bet that in terms of proportions and fundamental design that this vehicle will be close to what eventually goes into production. The Colorado received a special "Holden sports performance" makeover that includes locally styled front fascia, bonnet, fenders and tailgate. A number of details were also introduced to the design with aluminium machined side steps, bumpers, rear step plates and side mirror attachment arms as well as striking 20-inch satin finish wheels. The new Colorado will be available with a choice of turbo-diesel and petrol engines and wide choice of body styles. Stay tuned, as additional details become available.

Ford Ranger:
Ford previewed its new top-of-the line Ford Ranger Wildtrak for the first time. It is designed for buyers seeking a ruggedly stylish and supremely functional lifestyle vehicle. Wildtrak takes Ranger's up-market appearance even further, with a unique colour split on the front that helps define the car's sporty image. Sitting high on 18-in alloy wheels, the all-new Ranger Wildtrak gets roof rails and an aerodynamic sports bar, which enhance its profile. Wildtrak badging and graphics help to set it apart from other lifestyle vehicles, while the cabin gains a smart combination of leather and cloth upholstery. Increased knee and legroom allows three passengers to sit in the second row of Wildtrak, while there are more than 20 storage spaces throughout the cabin, including a deep centre console that doubles as a chiller, able to hold 6 cans of drink.
Significantly Ranger Wildtrak will boast the segment's first Rear View Camera System where the camera image is displayed in the rear view mirror, as well as rear parking sensors.

More power
Ranger will be available with a choice of two state-of-the-art common-rail Ford Duratorq TDCi diesels and new fuel-efficient six-speed manual and automatic transmissions that serve up more power and torque. The new 2.2-litre four-cylinder diesel delivers peak torque output of 375 Nm and power output of 110kW, whilst a highly responsive and efficient new 3.2-litre 5-cylinder diesel produces a powerful 470 Nm of torque is power rated at 147kW. A 2.5-litre Ford Duratec four-cylinder petrol engine will also be available, developing 226Nm and 122kW. Four-wheel drive models are also equipped with a sturdy electronically controlled transfer case - for both manual and automatic transmissions - that allow drivers to shift on the fly from 4x2 to 4x4 anytime via a switch conveniently located on the console. Selected models can also be equipped with either an electric locking rear differential to improve traction on XLT and Wildtrak models.

To improve Ranger's water-wading capability, the truck's key electrical components and air inlets are strategically placed high in the engine compartment. The 4x4 and 4x2 Hi-Rider models can wade through up to 800 mm of water - a feature that will be welcomed by customers who need to ford rivers or floods. Ranger is just as capable on steep grades. With the Hill Launch Assist feature, a fully-laden Ranger is able to stop and then pull away on a 60 per cent grade. This gives Ranger drivers more confidence to overcome challenging topography. When going downhill, the Hill Descent Control feature on 4x4 models automatically applies the brakes to slow the vehicle down to a set speed without locking the brakes and without the need for the driver to apply the brakes.

Mazda BT-50:
Mazda have been talking about the new BT-50 since showing a prototype of it at the Sydney Motor Show last year. Finally the vehicle is ready to roll, with Mazda highlighting a fully accessorised BT-50 at the motor Show. All of the extra gear has been styled and built by Mazda and will be available for customers to fully customise their ute. The BT-50 has a wheelbase 220mm longer than the current BT-50 4x4 Dual Cab, with a wider cab also increasing space across all five interior seating positions. Mazda revealed the new Freestyle cab version of the BT-50 at the motor show, which offers a unique combination of seating for four, an exceptionally wide pillar-less door opening, and a large carrying capacity.

On each side of the cabin, a front-hinged door and a rear access panel combine to provide a 1,408mm-wide opening that makes for easy entry to and exit from either the front or rear seats. Powering the BT-50 is the new MZ-CD 3.2-litre diesel engine, delivering a strong 470Nm of torque and 147Kw of power - a massive 24 percent increase in torque (28 percent of power) over the current 3.0-litre diesel engine. The 3.2-litre engine is mated to a six-speed transmission. The all-new design incorporates higher sides to the cargo tray which not only add to the striking looks of the new BT-50 but vastly increase the maximum cargo volume to 1,214-litres, an increase of 178-litres over the current dual cab model. Towing capacity is also up to an impressive capacity of 3,350kg. The BT-50 goes on sale later this year. 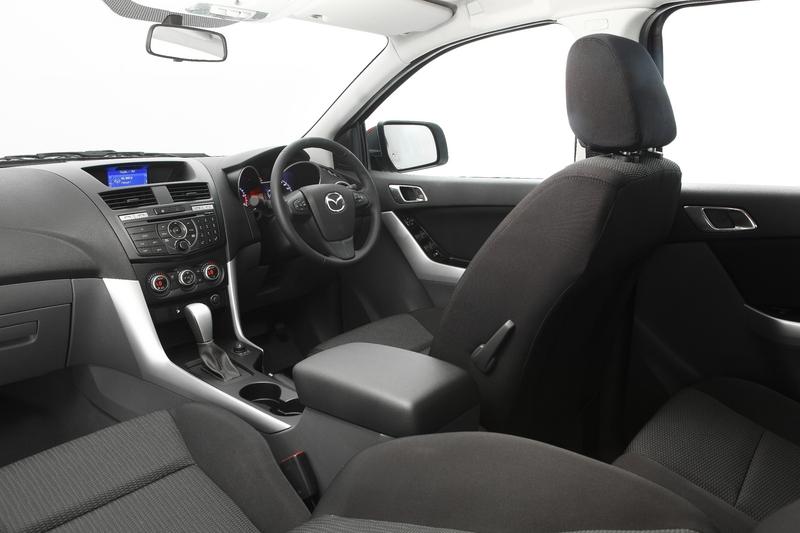 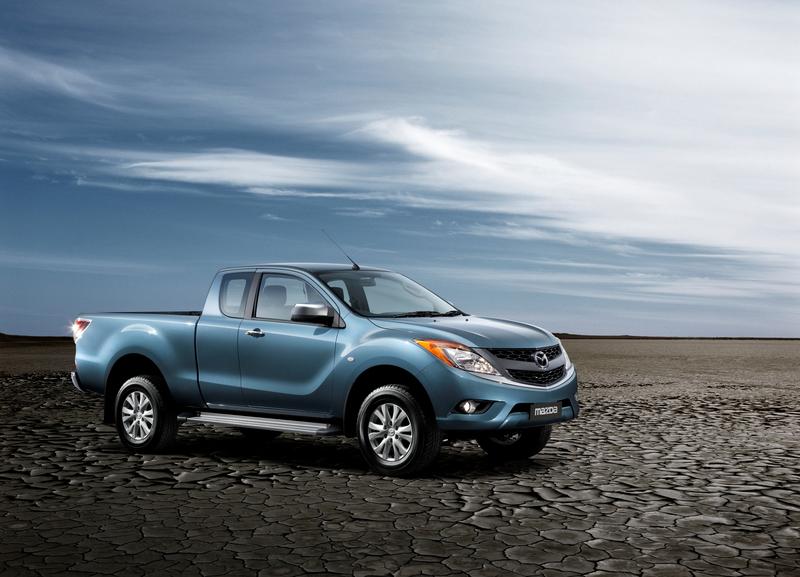 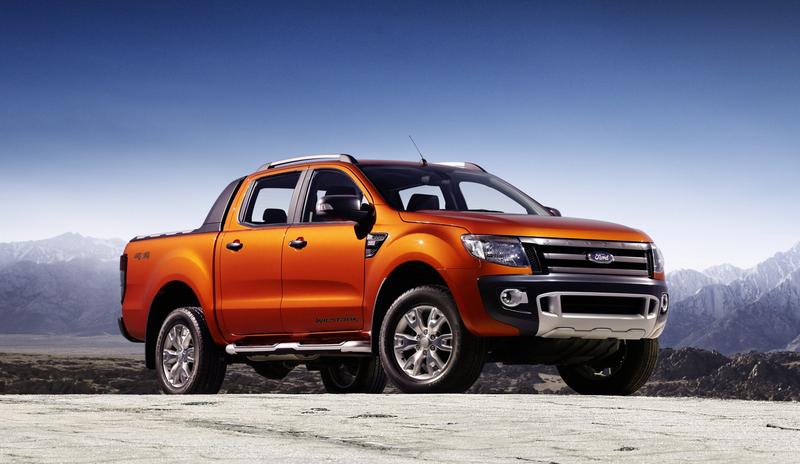 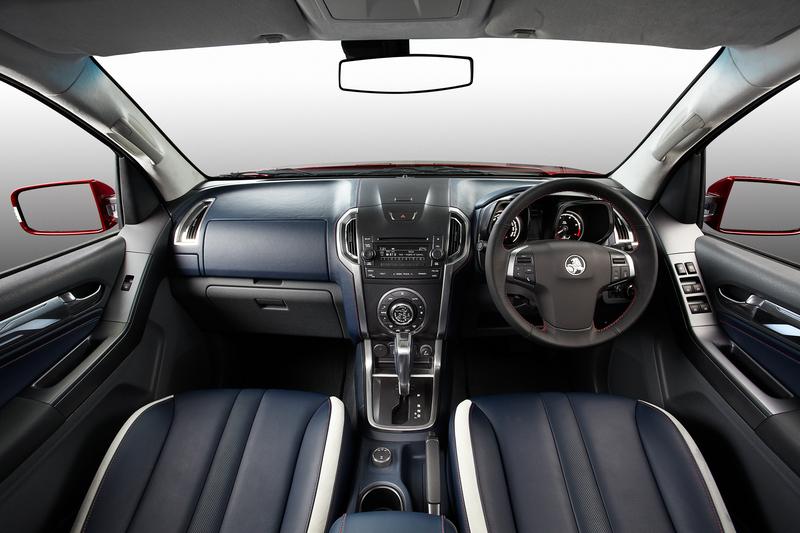 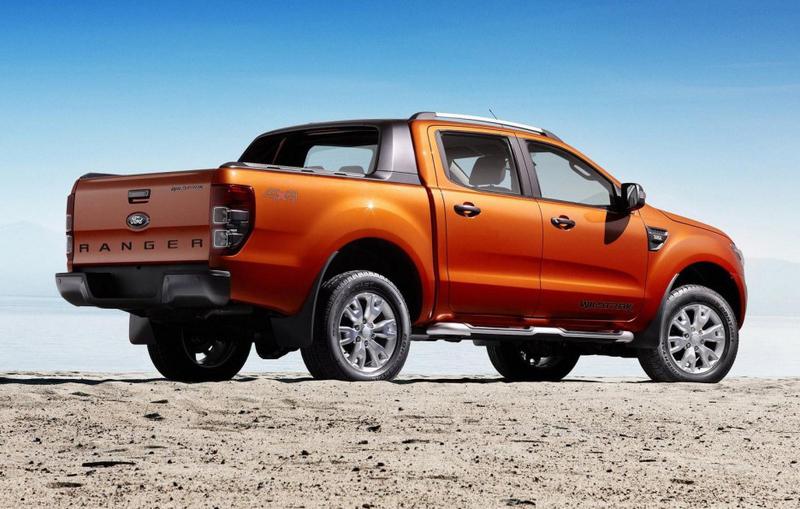