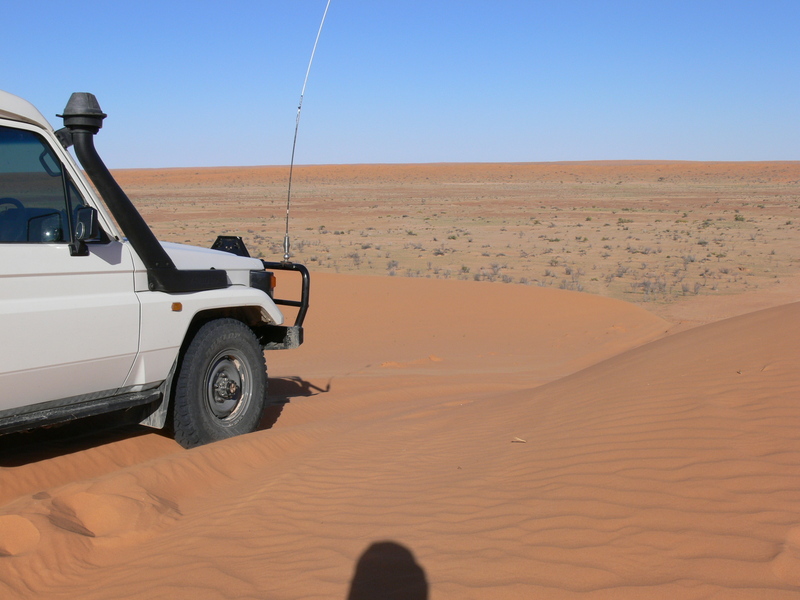 It is regarded as a tough trip, with plenty of things that can go wrong due to its size, remoteness and arduous conditions
The Simpson Desert stretches from south-west Queensland across to the centre of South Australia.

It is regarded as a tough trip, with plenty of things that can go wrong due to its size, remoteness and arduous conditions.

There are three recognised crossing routes for the Simpson - the French Line, the Rig Road and the WAA Line. Despite its notoriety the Simpson remains a difficult place to travel, with over 1,000 sand dunes to be crossed. Travel is only by four-wheel drive, and travellers need a well equipped and capable vehicle. There are no fuel stops - or any facilities at all - on the route, with travellers needing to carry sufficient fuel, water, food and other equipment when making the crossing. Travel is generally slightly easier going from west to east, as the western side of the dunes generally offer a more modest gradient whereas the eastern side can be steeper and with softer sand that blows over the crest.

Access to the Simpson requires a Desert Parks Pass, available from the South Australian Department of Environment and select locations. The pass includes good maps and an informative booklet with all the information you need to make the trip.

Access to the Desert is generally from just north of Birdsville starting at Big Red, the largest and highest sand dune in the desert, or from Oodnadatta on the Oodnadatta Track in South Australia.

Generally the authorities encourage travellers to use the QAA/French Line and discourage use of the other two tracks, which are less travelled, longer in distance and more remote. All of the tracks are essentially soft loose sand, with the fair share of difficult dune crossings. Travellers should not attempt to tow a trailer across the desert.

Four or five days should be allocated for the crossing. Travel will be relatively slow, and to rush is to increase the chance of mechanical problems. Showers are available in Purni Bore and at Dalhousie Springs. The best time to travel is April to September when temperatures range from 15-35 degrees in the day.

The traversing requires the crossing of numerous sand dunes, many of which will have rutted/stepped approaches which have been caused by vehicles running at the dune without reducing tyre pressures. As the vehicle bounces up and down on a fast approach wheel spin occurs to form a series of scallops, which make it difficult for other travellers. Travellers should be on the lookout for vehicles coming in the opposite direction. It is a good idea to have a sand flag attached to your vehicle which can be seen by other vehicles as you approach a dune. A number of head on collisions have occurred on top of dunes. The French Line is composed of a series of high dunes at intervals of about 600 metres. Often the track twists awkwardly at the crest, and negotiating each dune requires concentration and good driving skills to avoid becoming bogged.

To cross the Simpson Desert it is important that you travel with at least one other vehicle, as sooner or later you will become stuck on a dune and require assistance. Similarly your 4x4 should be in first class condition mechanically. Your suspension will cop a hiding on the trip, as will your vehicle's tyres. Among your spares you should carry spare tubes to repair punctures. It is recommended that for the trip, tubes are fitted to all tubeless tyres and you carry two complete spare wheels.

You will need to carry additional fuel. Expect your fuel consumption to increase significantly - up to 30-50 per cent. As a rule of thumb, petrol vehicles will need 250 litres of fuel to cross the French Line. You should allow five litres of water per passenger each day.

Packing your vehicle needs careful consideration as your vehicle will rock and roll, and anything that is not tied down will move and shift. A cargo barrier is a sensible investment, as is an underfloor storage system, with draws suitable for food, recovery items and spares. Items such as 240 volt fridges should be securely attached to the floor. You should have good communications equipment, and while a GPS is useful, carry detailed maps and a compass. Recommended maps include the Hema and Westprint series of maps.

While it is a desolate camping area, Dalhousie Springs is a popular staging point or conclusion to a desert crossing. The attraction is the Dalhousie hot springs, which are a delightful place to spend some time. There are toilets and a camping fee is payable to the South Australian Department of Environment and Natural Resources.

There are plenty of good camping opportunities along the route with travellers pulling off the track between dunes. There is normally plenty of firewood that can be picked up along the way.

Crossing the Simpson ranks as a once in a lifetime experience and the experience should be savoured. The landscape is stunning, you will often come across wildlife roaming freely, and the springs at Dalhousie offer a fabulous swim. 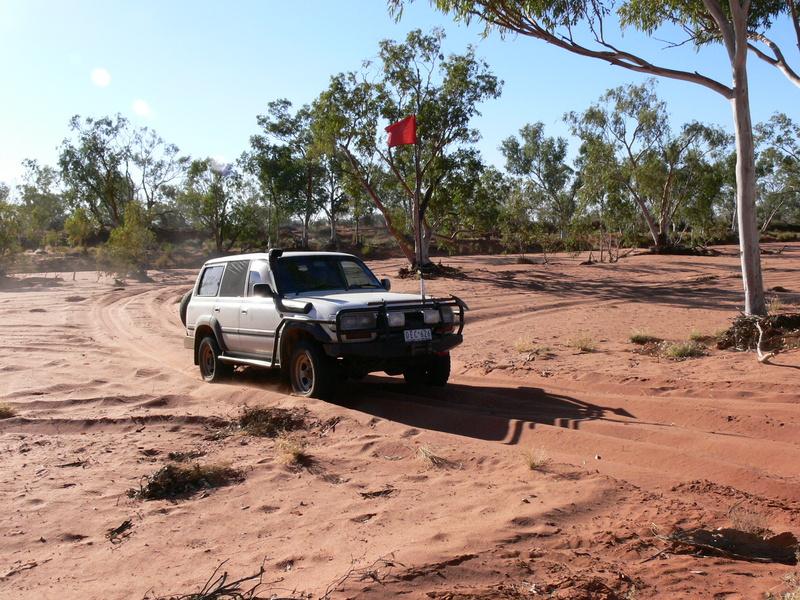 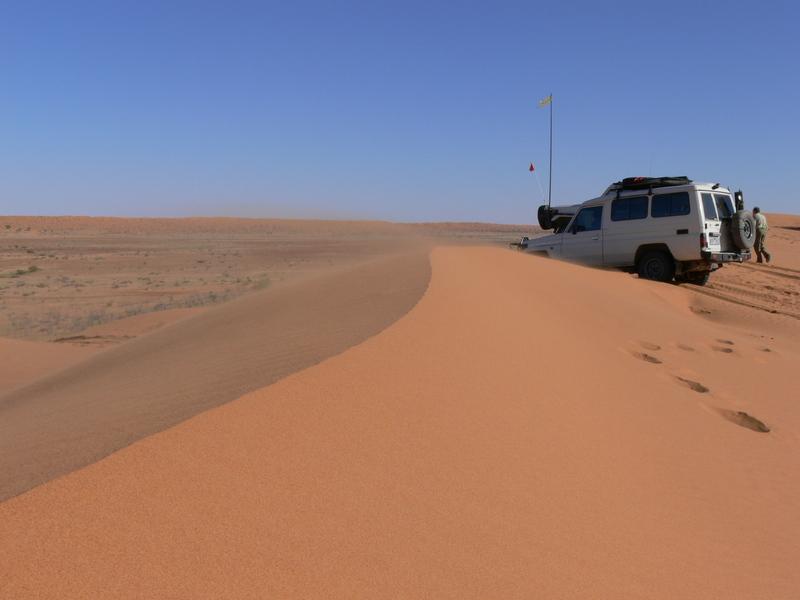 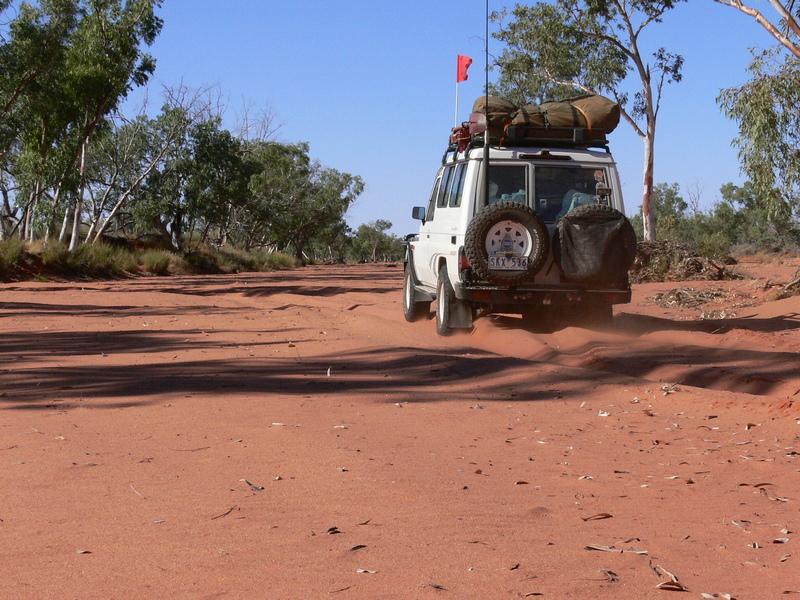 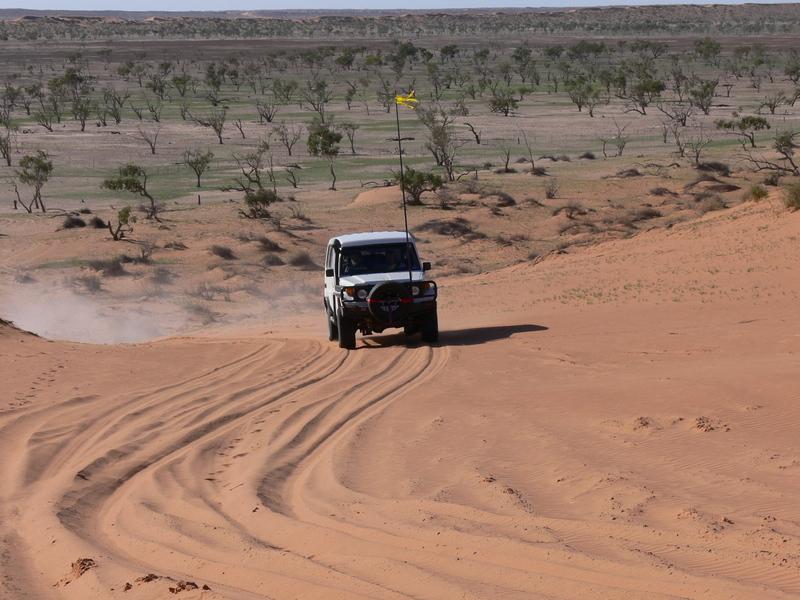