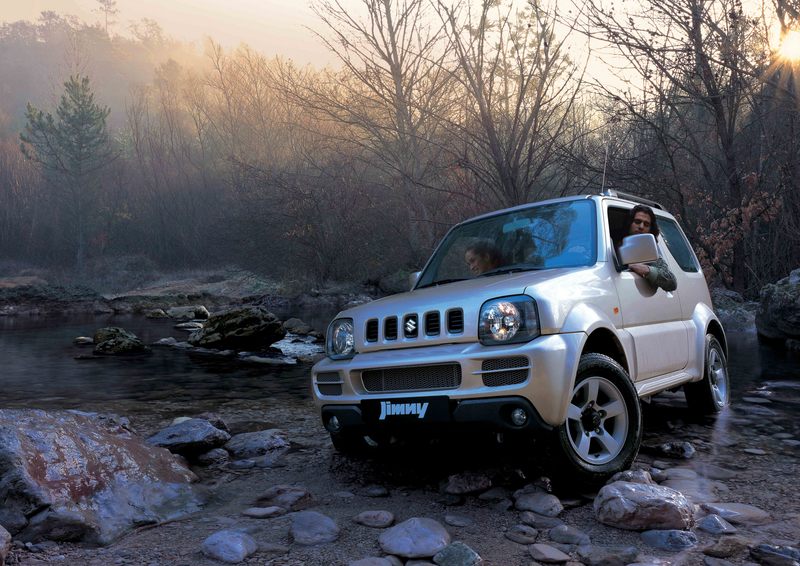 Despite some dubious advertising from another Japanese company proclaiming that their SUV is the original, someone forgot to tell them that Suzuki is the company that introduced and won our hearts with the first genuine compact 4x4. The first Suzuki's were far from pretty - featured black smoking spewing two stroke engines - but gee they were virtually unstoppable, heaps of fun and affordable.

The Suzuki company celebrated its 100th anniversary last year having quickly grown from a textile company manufacturing looms to become an automotive giant. Suzuki's first prototype car was built in 1937 and following WWII Suzuki moved into designing and building motorcycles. It's first car, the Suzulight was introduced in 1955.

It was 1968 however when it engineered a new breed of vehicle - a compact 4x4. Known as the LJ10, or the Jimny, it was powered by a tiny 360cc two-stroke engine developing just 24 horsepower.

In spite of the lack of mechanical power, the combination of a lightweight body, compact dimensions and full-time 4x4 gearing made the LJ10 an exceptional performer in tough, off-road conditions. That made the rugged conditions that make up much of Australia an obvious choice for Suzuki as an export market. The first - the LJ20 - made its official Australian debut at the 1974 Melbourne Motor Show. It quickly garnered a legion of fans, with its value for money and ability to leave bigger, more expensive 4WDs in its wake.

It was upgraded in 1978 by the LJ80, now boasting an 800cc four-cylinder engine. A pick-up version designated LJ81 - known as the Stockman - also made its way to Australia where it became a favourite with farmers around the country.
"Few vehicles can lay claim to creating history, but the rugged little Jimny Sierra has earned its place in the history books," said Suzuki Australia General Manager Tony Devers. "Other car companies build campaigns based around ill-informed marketing assertions. With 40 years of history and legions of dedicated fans, the Jimny backs up its claim as the original compact SUV with substance rather than semantics." "It has carved out a unique market position thanks to versatility that enables it to handle everything from the urban jungle to working in the toughest 4x4 arena," said Devers.

Over the years, the Jimny has evolved to meet the changing needs of customers, while remaining true to a fundamental concept of compactness, lightness, user-friendliness, and full fledged 4x4 capabilities. With devoted users in 188 countries and regions around the world, the Jimny is a distinctive example of Suzuki's compact car expertise. A tiny 360cc two-stroke engine powered the first Jimny, the LJ10. Built on a ladder frame that promoted exceptional off-road performance, the Jimny featured robust leaf sprung suspension front and rear, and a dual range transmission driving 16-inch wheels.

The engine produced just 19kW and 36Nm of torque, but this was more than enough to propel the compact and lightweight 4x4, as a brilliant off-road performer. The second generation Jimny, the LJ20 debuted in May 1974. It maintained a two-cylinder 360cc two-stroke engine, but now boasted water cooling and a small increase in power and torque. In 1975, the more powerful three-cylinder LJ50 arrived, as did a pick-up version - the LJ51. Sold as the Suzuki Stockman, examples can still be found performing farm duties today.

It was upgraded in 1978 by the LJ80, now boasting an 800cc four-cylinder engine. A second pick-up version designated LJ81 - known as the Stockman - also made its way to Australia where it continued the rural sector's love affair with Suzuki 4x4s. May 1981 signaled the arrival of the second generation Suzuki Jimny, codenamed SJ410. It had grown somewhat, with a wheelbase of 203cm and a length of 319.5cm, but the suspension and chassis characteristics remained the same. The engine also increased in capacity, now out to 1.0-litre, lifting power to 34kW and torque to 74Nm.

In 1984 it was replaced by the SJ413, with engine capacity increased to 1.3-litres and boasting a five-speed transmission, 47kW and 104Nm of torque. This vehicle stayed in production, with various versions including pick-ups and soft-tops, until October 1998 when the third - and current - generation Jimny arrived. The completely redesigned Jimny offered unprecedented 4x4 performance and value for money with a new, rounded look.

Creature comforts inside now extended to a CD player and air-conditioning, but it retained its rugged performance via a ladder frame chassis and selectable 4x4. Engine capacity stayed at 1.3-litres, but now featured an all aluminium construction, and power of 62.5kW and torque of 110Nm. An automatic transmission was also offered for the first time.

With a starting retail price of just $20,490, the Jimny Sierra remains one of Australia's best value 4x4s. It is also the most fuel efficient petrol SUV in the country, with an economy rating of only 7.0 L/100 km.

As an entry to the world of four wheel driving, it's a great start. 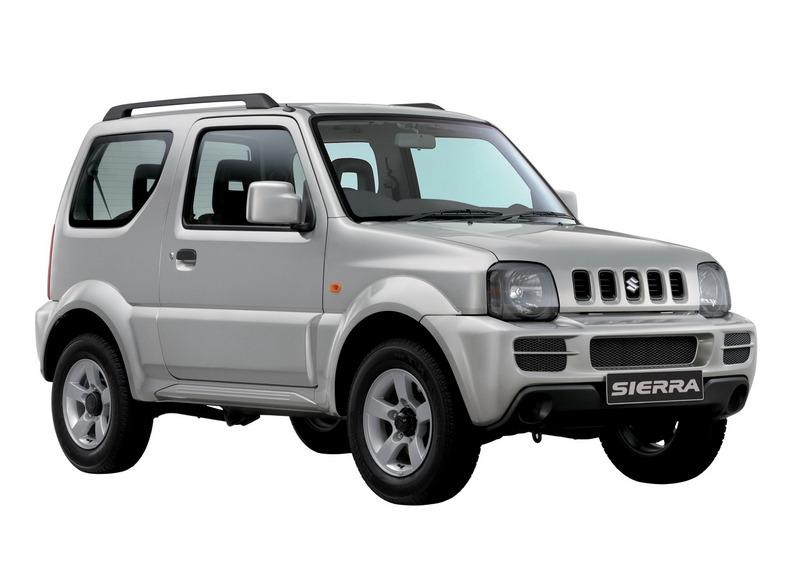 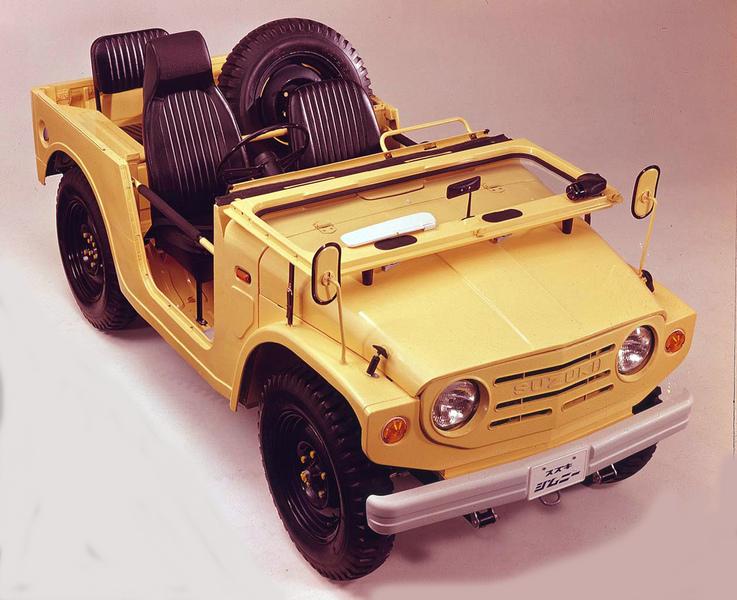 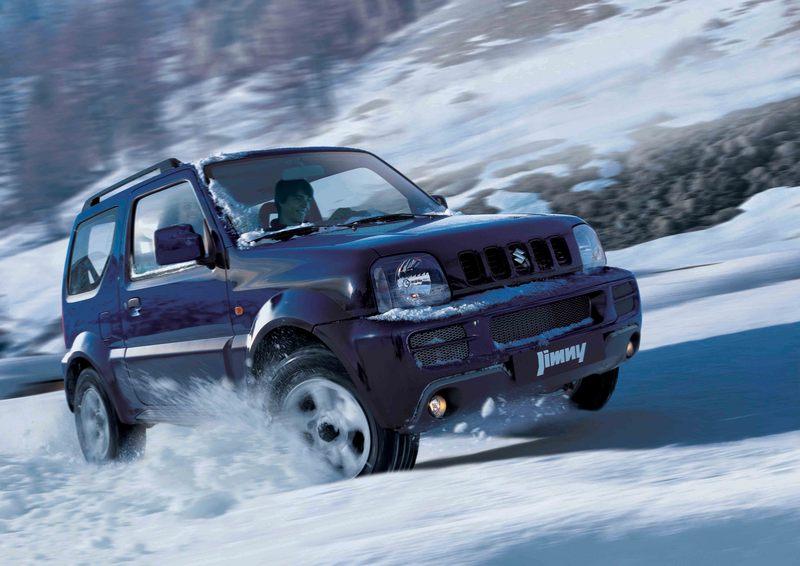