Put A Lid On It. A 4x4 ute can be one of the most versatile vehicles on the market but if you want to keep your gear clean and dry then you’ll need to fit a canopy. 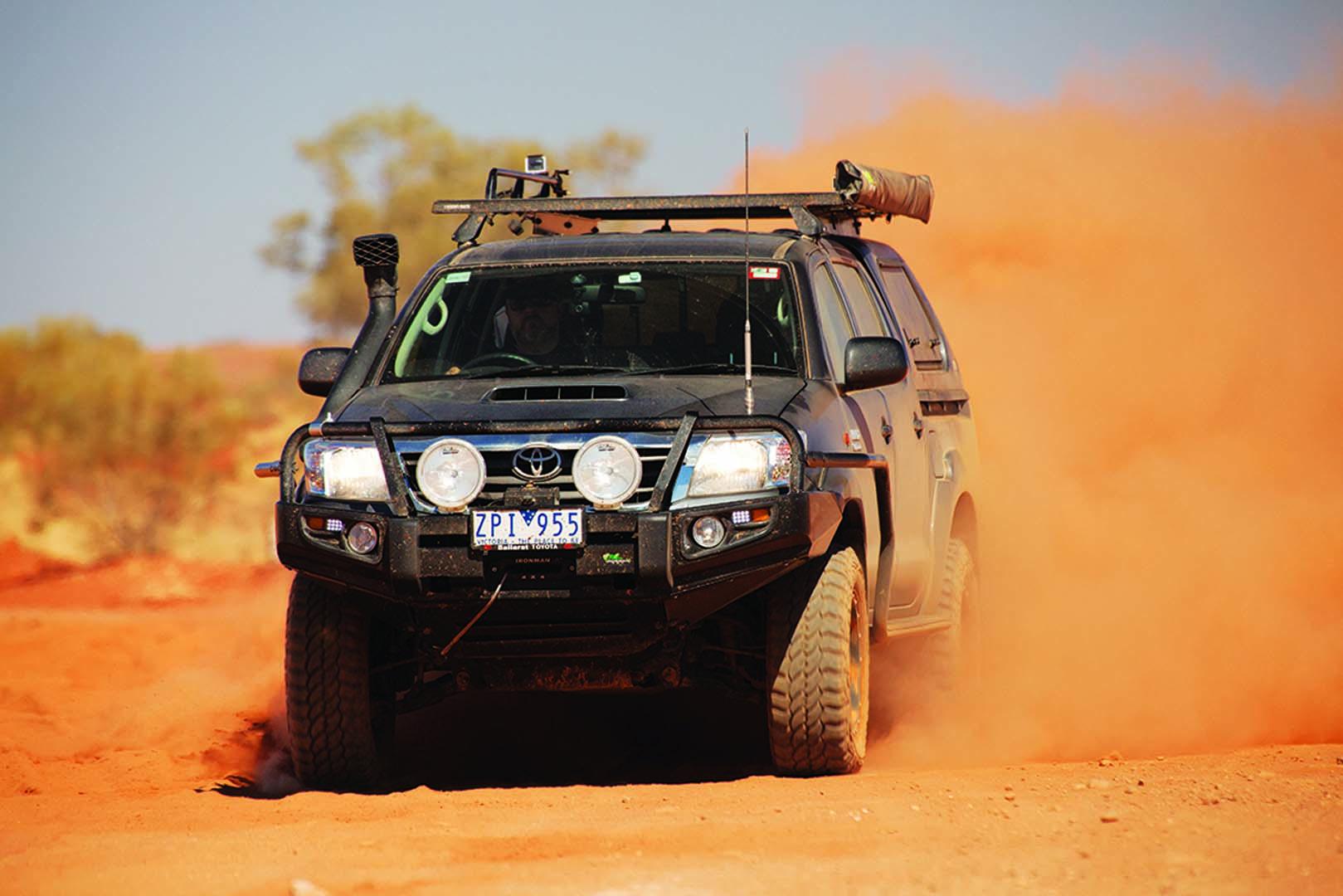 There’s no doubt that 4x4 utes can perform more tasks than most other vehicles, from the school run to hauling loads of gravel, or from transporting dirtbikes to outback adventures. But with a tray that’s open to the elements, when it comes to four-wheel drive touring they can be less than ideal… unless, that is, they’re fitted with a canopy.

As anyone who’s travelled to the Red Centre or the Top End in the past couple of years would know, 4x4 utes with canopies have become the vehicle of choice for many off-road adventurers, and when you consider they have a far greater payload capacity than their wagon counterparts, yet offer similar levels of performance, comfort and safety, it’s no wonder.

Canopies have been around for a long time, but they’ve also come a long way. Since the mid-1970s most ute canopies have been manufactured from fibreglass, with simple sliding side windows and a flip-up glass tailgate at the rear. While some manufactures still use fibreglass, and flip-up rear glass is still the standard, some ute canopies are now made from other materials including ABS plastics or even sheet metal. The range of available options has also increased markedly, from flip-up side windows and roof racks to interior lighting and central-locking compatibility.

Once you fit a canopy to your ute, you’ll no longer be able to haul a couple of dirtbikes in the tub, but with a large, weatherproof secure enclosure to which you can add numerous accessories and storage options, your ute will be versatile in many other ways. 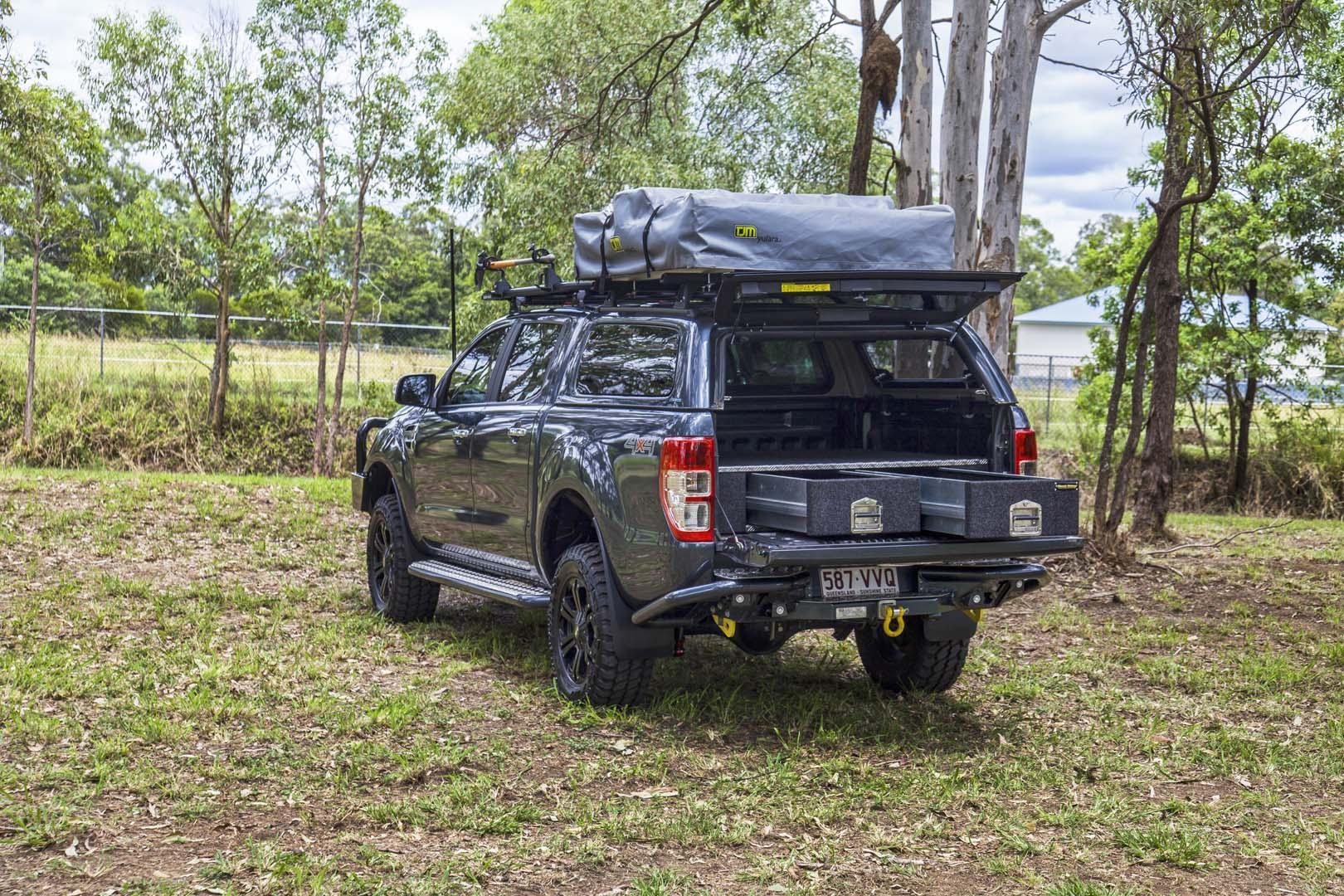 While most canopies look quite similar to one another, they are all model-specific, so vehicle compatibility will be the first consideration when choosing a canopy. Once you have that nailed you can start to think about different materials and features.

Many canopies are still manufactured from fibreglass, as this material provides a good compromise between strength and weight, it offers a smooth finish and can be colour-coded to suit the vehicle. Tough ABS plastic canopies allow for textured or smooth finishes and can be supplied in white or colour coded. While heavier, canopies made from automotive steel are tough and can be painted to perfectly match the vehicle to which they’re fitted.

The design and style of the canopy is also important. Most ute drivers want a canopy that blends in with the design of their vehicle; not something that looks like an afterthought. Some canopy manufacturers place more emphasis on design than others, ensuring the overall shape of the canopy suits the vehicle, and using clever mounting techniques that make the canopy look like part of the original vehicle design. 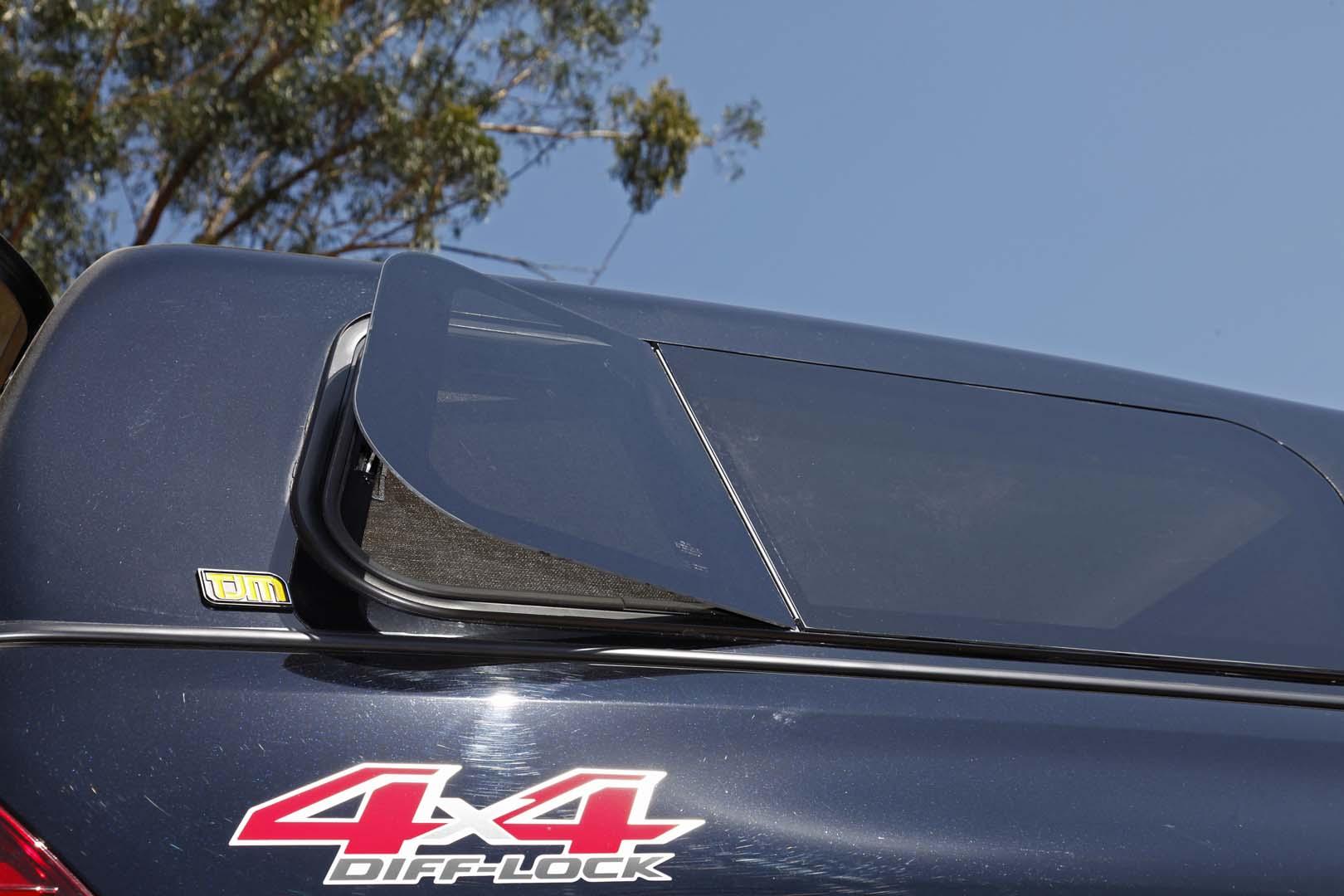 How the canopy mounts to the vehicle is another important consideration. Some canopies will mount directly to the top edge of the vehicle’s tub using brackets, while others will mount down to the structural hard points of the tub, which is a better solution to ensure loads are transferred to those part of the vehicle that can handle the weight of the canopy and accessories.

Price is another important consideration when choosing a canopy and will vary depending on the material and finish chosen as well as the optional extras specified, ranging from less than $2000 to more than $5000. Also have a good look at the warranty offered to see exactly what is covered and for how long. 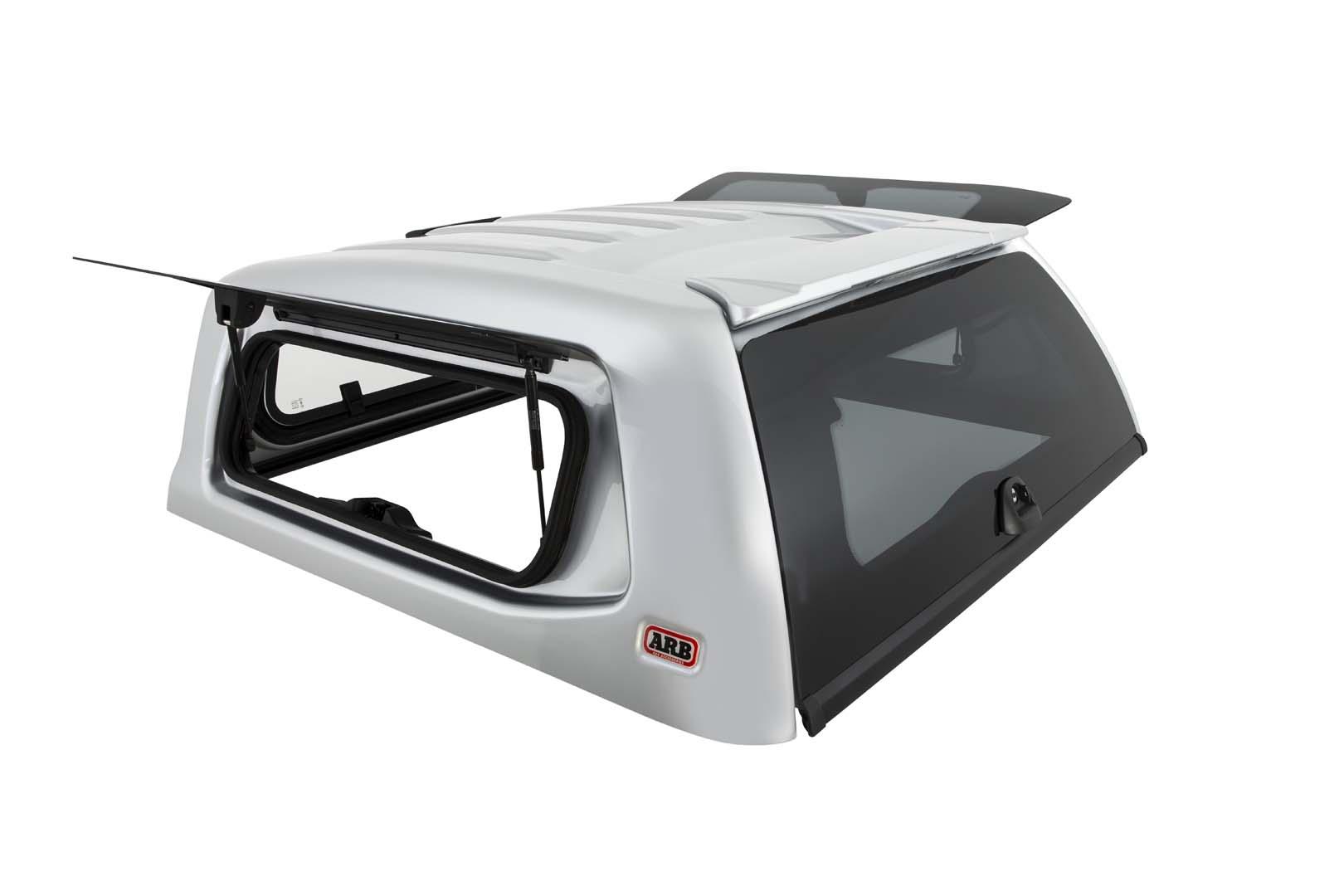 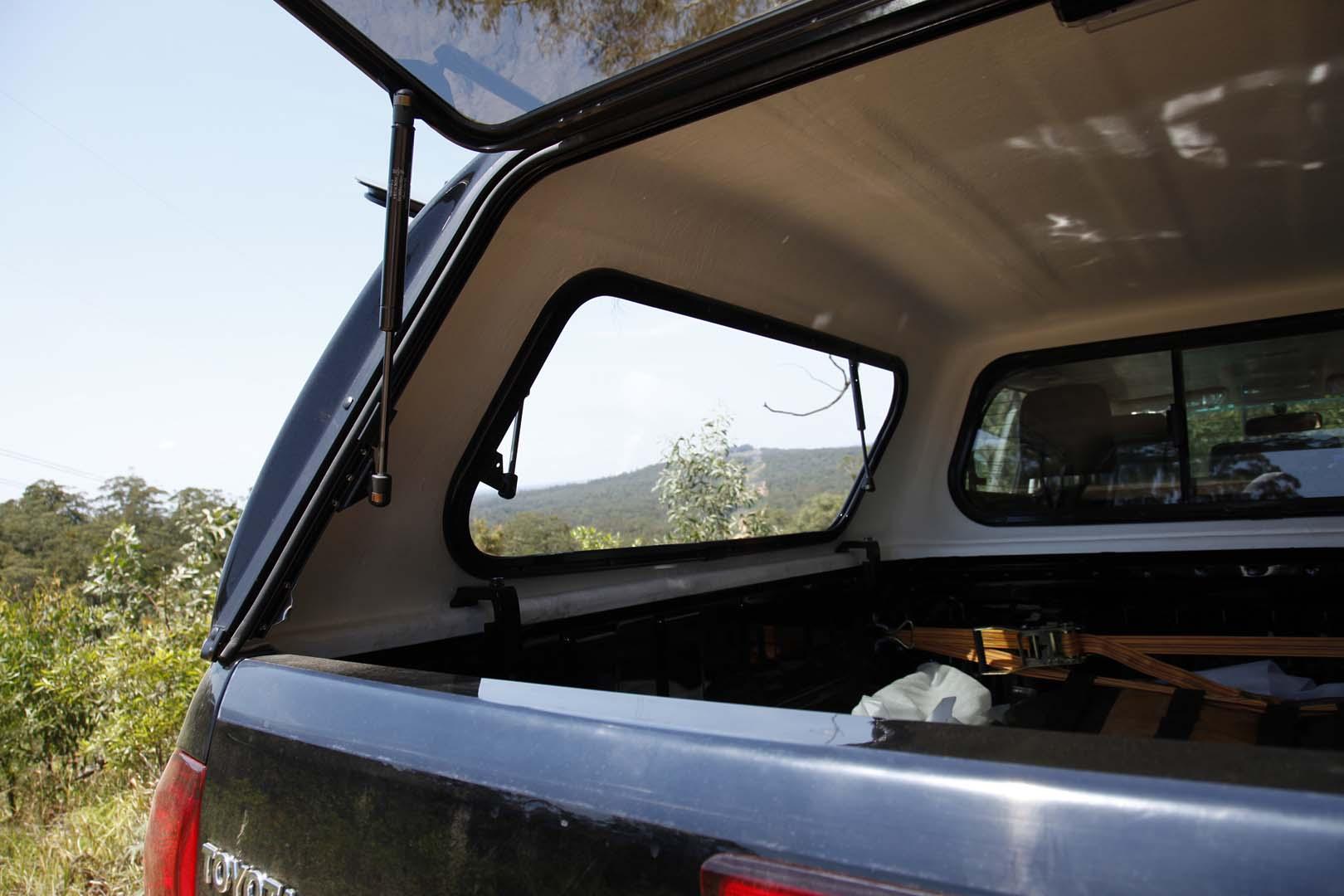 The most basic canopies will be fitted with a fixed front window, sliding side windows and a lift-up rear window with manually operated locks. While this set-up might suit some, there are a number of features and options that can be added to improve a canopy’s versatility and make it easier to use and live with.

Firstly, a sliding or drop-down front window will make it much easier to access and clean the window on the back of your vehicle’s cabin, while optional lift-up side windows can make accessing gear in the back of your ute much easier. If you occasionally carry pets in the back, however, a sliding window that can be locked in a partially open position, or one that can be equipped with an optional window guard, will provide necessary ventilation.

Lift-up rear window designs will vary from basic designs with a manually operated and lockable latch on each side to a central one-touch latch with a slam-shut catch and central locking. The letter set-up has several obvious advantages, including the convenience one-handed operation, which will be especially helpful when you’re carrying something in the other hand. A canopy that’s lockable via your ute’s OE remote will also be much more convenient than walking around and individually locking/unlocking each latch every time you want to access something. 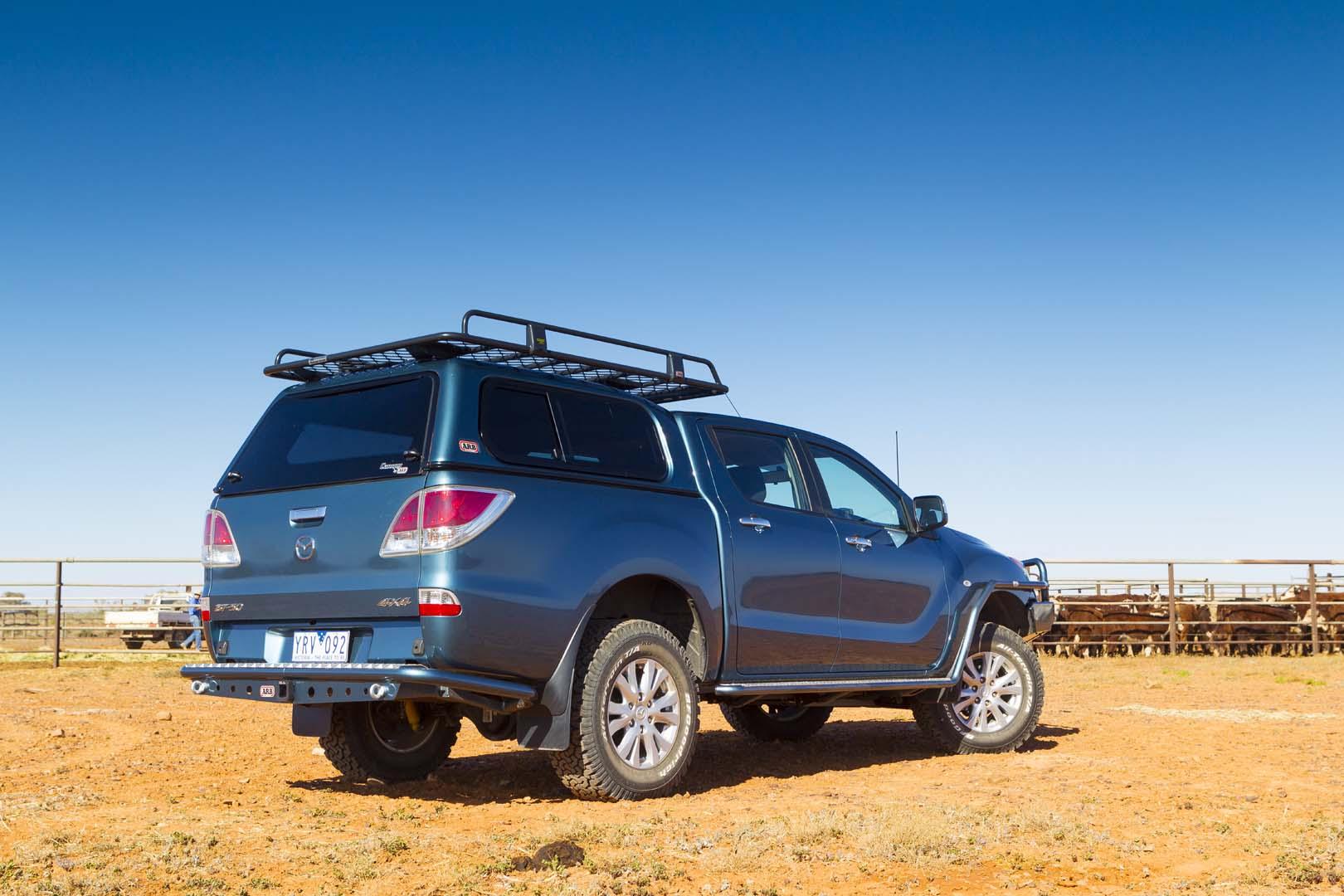 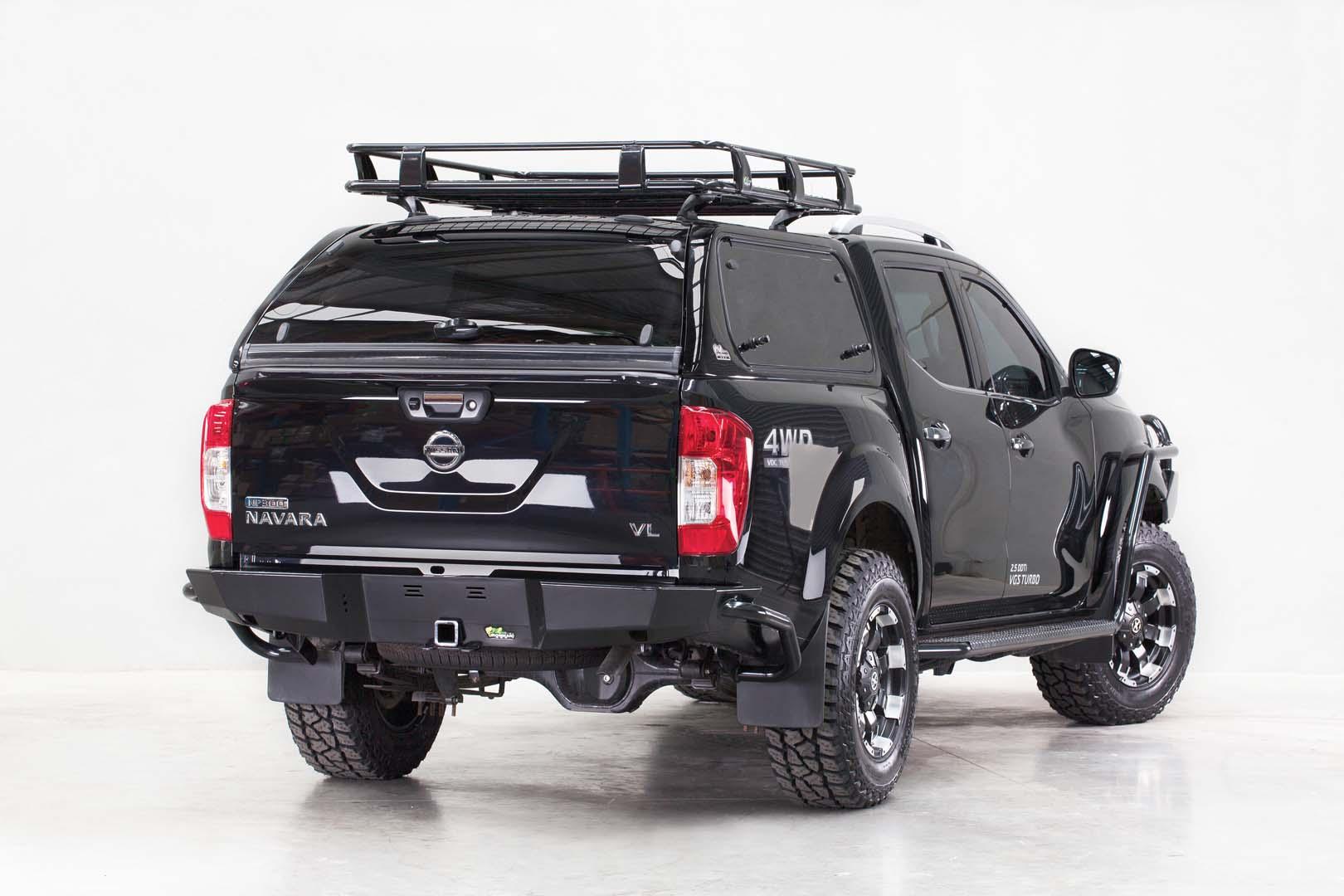 Dust ingress can be a problem with canopies but there are a couple of ways to address this. Firstly, fitment of a roof vent (or two) will positively pressurise the tub area to prevent dust from being sucked in through window seals or around the tailgate and, secondly, a tailgate dust sealing kit will provide a second barrier against dust ingress. Some canopies will also have a spoiler on the top edge to help keep dust from building up on the rear window, and while this might not aid visibility when you have gear loaded up to roof height, it will help prevent dust from blowing in to the tub area when you open the window.

Roof racks are also a handy addition to a canopy. Some canopies will have a separate support frame to handle the weight of roof racks and the gear placed on them, while others will have a built-in support structure that’s less intrusive. Check that the roof load of the canopy and racks will suit your requirements and that you can fit your chosen style of rack.

Other features to think about include interior lighting and interior finish, and the fitment of a cargo barrier on the front window. 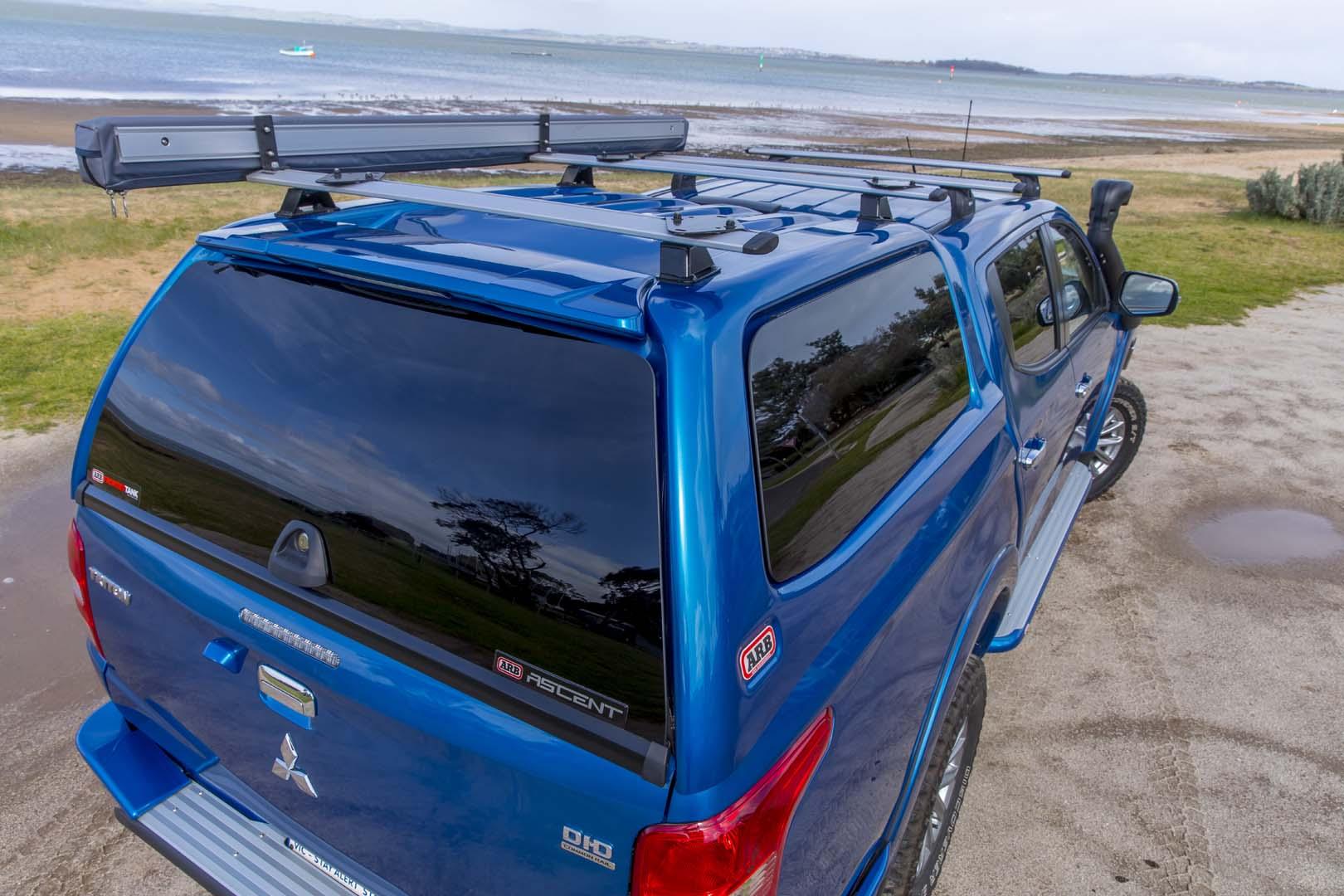 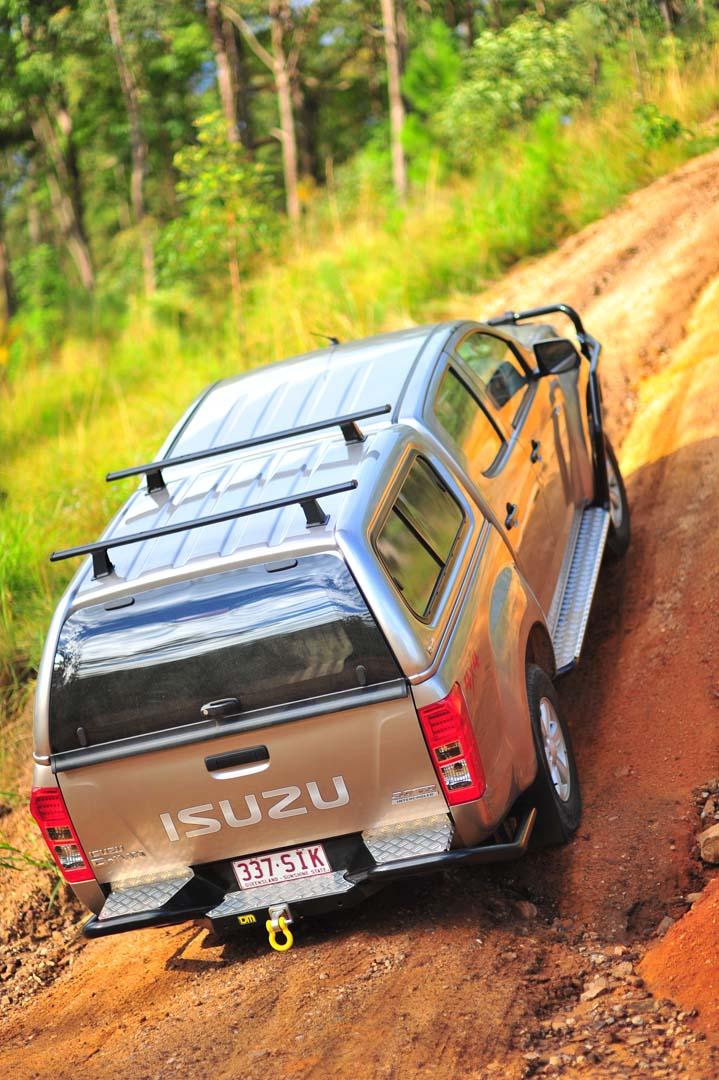 Once you’ve fitted a canopy to your ute you can really go to town when it comes to tailoring the interior to suit your needs. There are some great drawer and fridge-slide set-ups on the market, various cargo tie-down options, power outlets for fridges and other equipment, provision for fitment of dual-battery systems and more.

A ute with a canopy provides all of the advantages of a 4x4 wagon when it comes to securely stowing gear and keeping it clean and dry, with the added benefits of more space, more weight carrying capability and separation of heavy equipment and dangerous items (such as jerry cans and gas bottles) away from vehicle occupants. 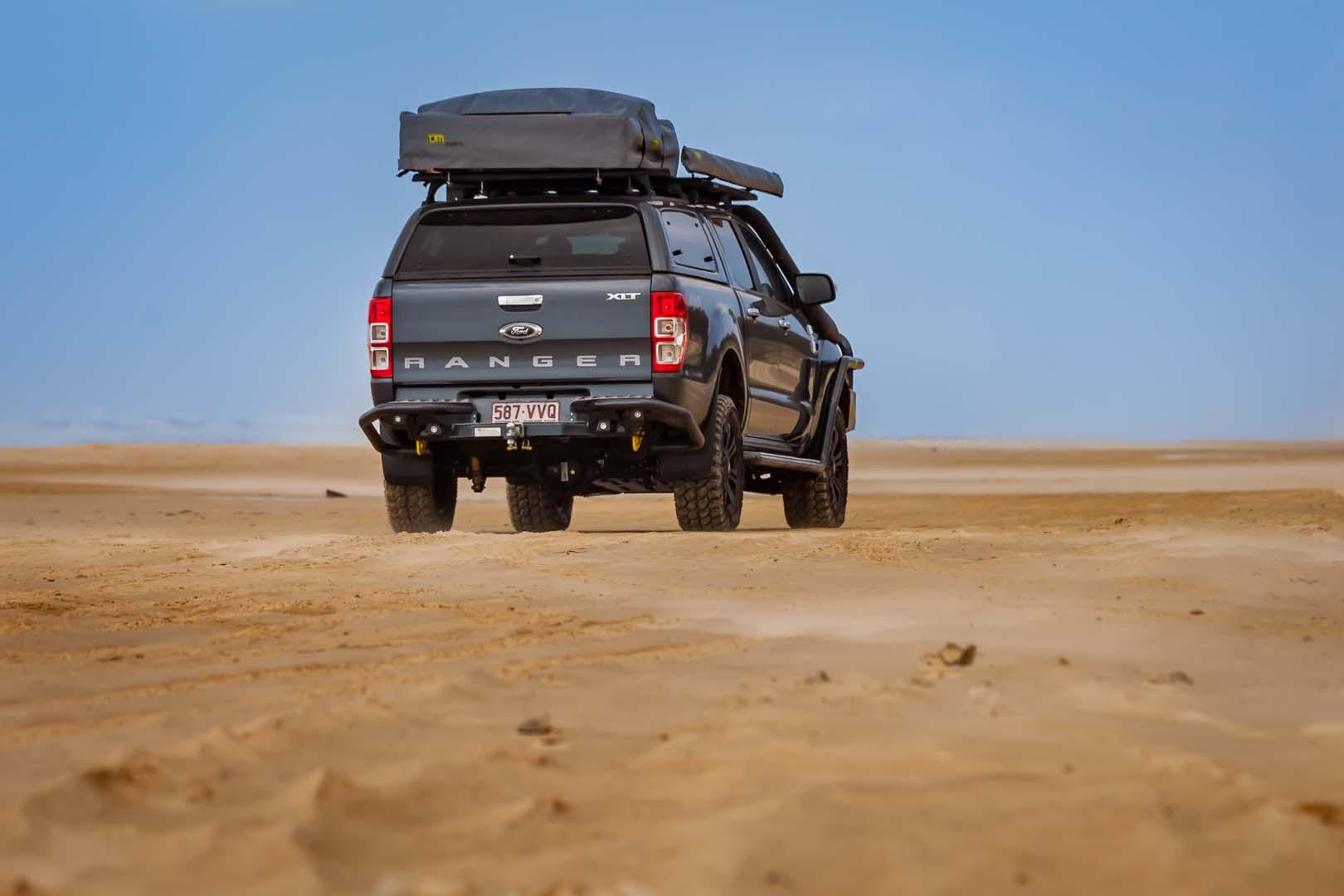