Dealing with a Dirty DPF Off-Road

Yes, slow speed driving off-road will cause your diesel 4x4’s DPF to fill up, but in most cases, it’s not a cause for alarm.

Dealing with a Dirty DPF Off-Road

Like any filter, the Diesel Particulate Filter (DPF) is designed to catch potentially harmful material. In this case, it’s particulate matter that’s caused by incomplete combustion of fuel. As particulates can be highly carcinogenic, the DPF is designed to prevent this material from getting into the atmosphere.

Even with improvements in diesel engine combustion technology, like common-rail fuel injection, particulate matter is still an issue, explaining why most modern 4x4s have some sort of DPF fitted. 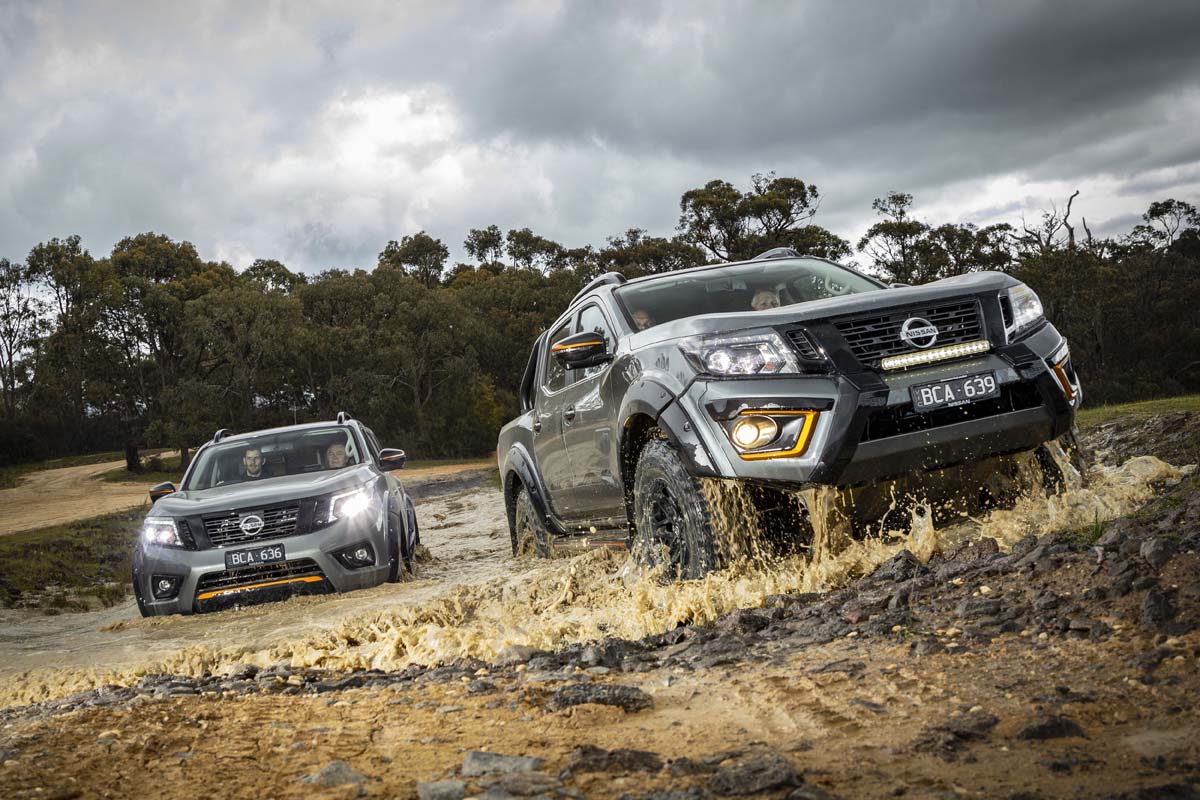 Like your fuel filter or air filter, a DPF will clog up with material over time. In the case of the DPF, this clogging is exacerbated by slow speed operation or regularly driving only short distances at low-to-average speeds.

Replacing a DPF is neither easy nor cheap, so doing what you can to prevent replacement is highly recommended. Fortunately, what you can do to reduce or eliminate excessive particulate build-up is quite easy – driving at highway speeds for a sustained period, as this gets the exhaust hot enough to burn off the particulate matter in the DPF automatically.

So, how does your vehicle know the DPF is full? It doesn’t measure it directly, but looks at various factors which indicate the DPF is filling. For example, travel distance, exhaust back-pressure and general operating conditions are factors.

Clearing the DPF by burning off the particulate matter while driving is known as ‘passive regeneration’ and occurs automatically in most modern diesel 4x4s. There’s also ‘active regeneration’, which is when the filter fills up, but the vehicle never has a chance to clear it using the passive system because the exhaust doesn’t get hot enough, like when a vehicle is only used for short trips, for example. In that case, the car needs to artificially increase the exhaust temperate for the burn-off to happen. This is usually a workshop procedure, but some vehicles have a dash button so the user can activate it themselves. 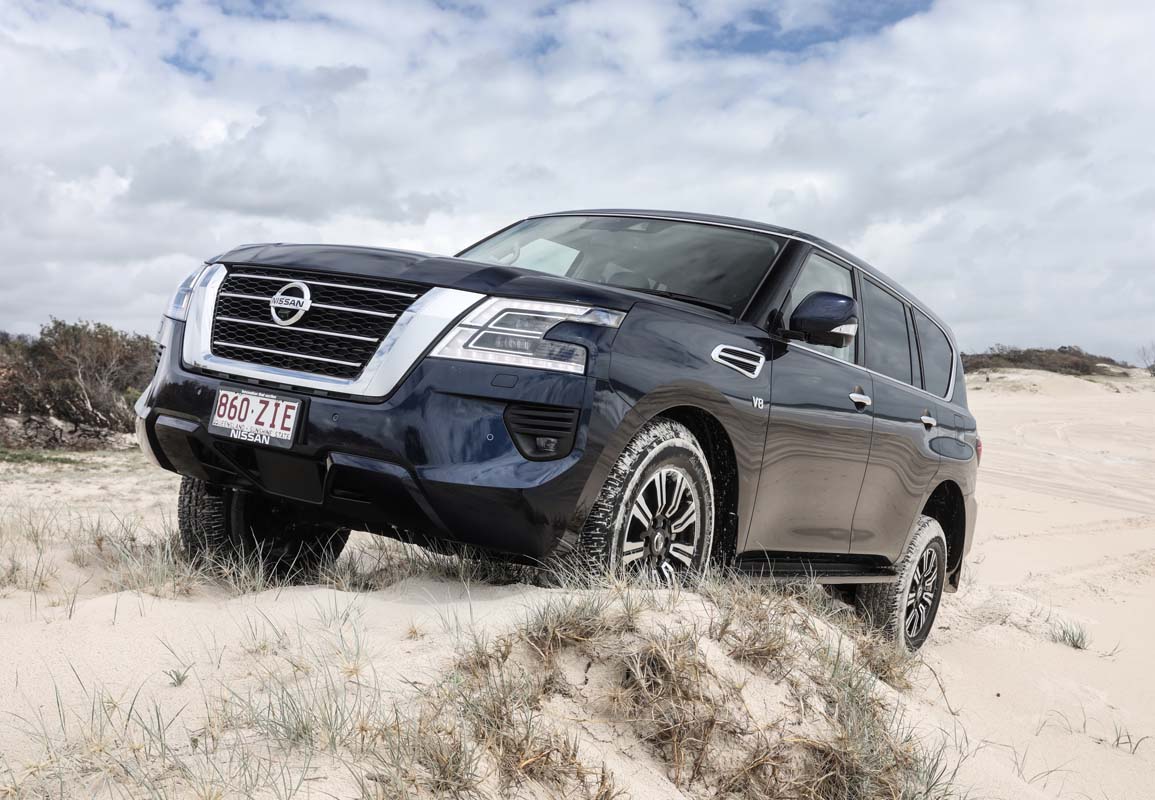 Regeneration takes anywhere from 5 to 25 minutes, depending on lots of different factors, like the amount of soot built up, type of engine in the vehicle and operating conditions. During the regeneration process, fuel consumption is increased a little, but not enough to make a significant difference. When the particulate matter is burned off, it becomes ash, and is thus rendered harmless.

The DPF can only survive for a certain number of regeneration cycles before it needs replacing. Exactly when is dependent on the vehicle and its use, but for higher-mileage vehicles, it will be a significant cost that prospective owners should bear in mind.

OK, moving on to the issue of low-speed, off-road driving increasing DPF build-up.

The apparent problem is that, on a long desert trip, for example, speeds will be very low, and therefore the DPF won’t get a chance to burn off and may fill up. You’re also in danger of filling up the DPF beyond the point at which it can clean itself, so you’ll be up for a new one.

Of course, you can’t go for a high-speed run when you’re in the middle of the desert, so what should you do? 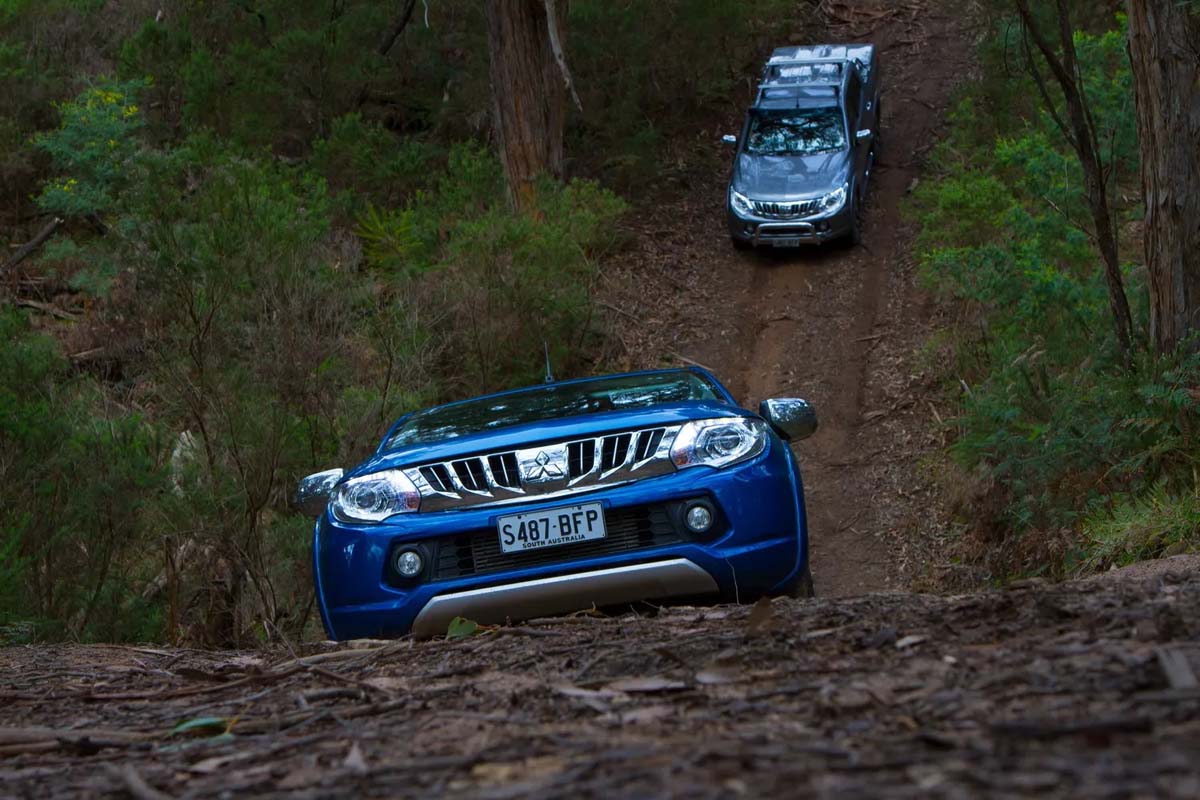 We are aware of problems with DPFs on long trips, but they are infrequent. Firstly, in order to get to a remote location, you’ve typically driven many hundreds of kilometres at higher speeds, so the DPF should be pretty much empty thanks to passive regeneration by the time you start the low-speed, off-road part of the trip.

When you’re off-road, the DPF shouldn’t clog up, even after a week or two doing low-speed work, as it takes a while to fill. However, we have reports of diesel 4WDs that spend a solid day doing low-speed work – manoeuvring trailers for example – and after that they need a DPF clean.

You may think that, even while speeds are slow and the exhaust temperate is high, passive regeneration still works, but that’s not the case for many modern makes and models.

For example, Mitsubishi’s Triton has a minimum 40km/h speed for DPF regeneration to occur automatically. Mitsubishi adds that “there is no indication on engine load dependency and the vehicle must be driven at 40km/h or above for the burn-off to occur.” 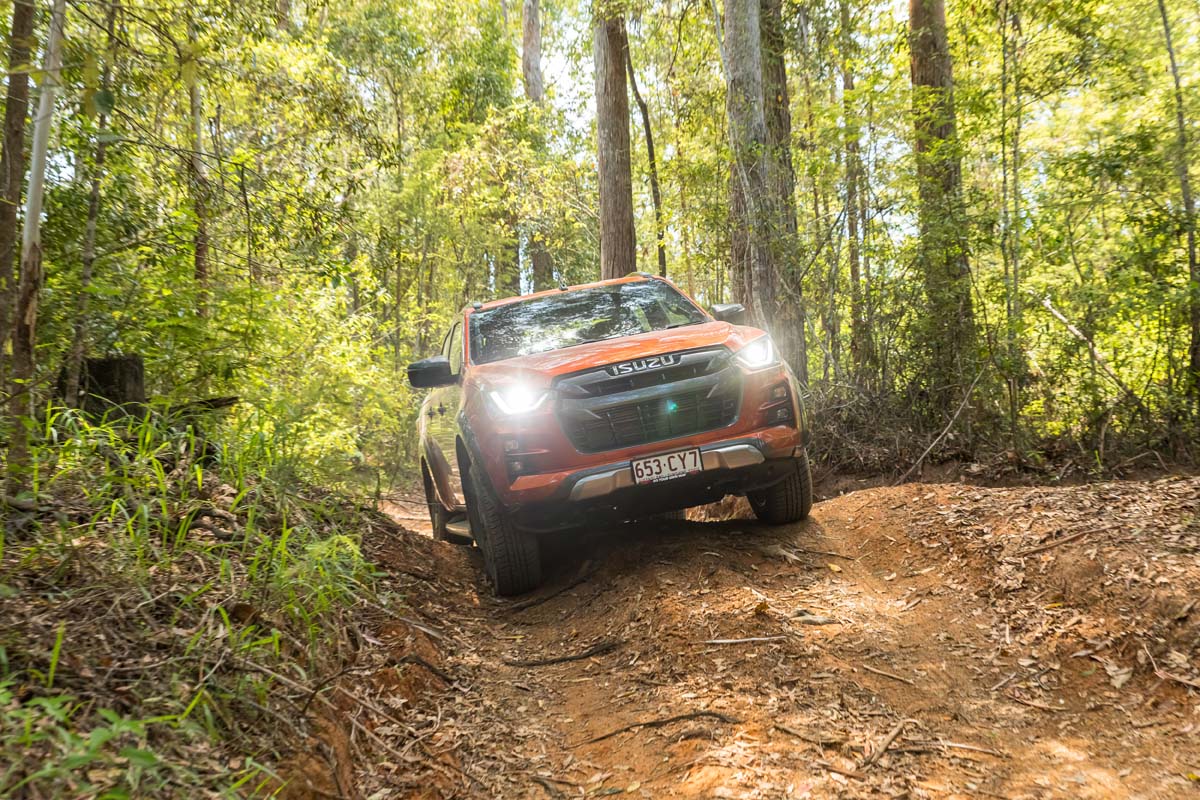 Isuzu, who introduced a DPF to their MU-X and D-MAX for 2017, stipulate a constant speed of 50km/h, adding that “regeneration is complete when the vehicle has been driven until the indicator light goes off after changing from flashing to constant illumination.”

For Holden Colorados and Trailblazers, sustained running at 50km/h is also the minimum for regeneration to occur. 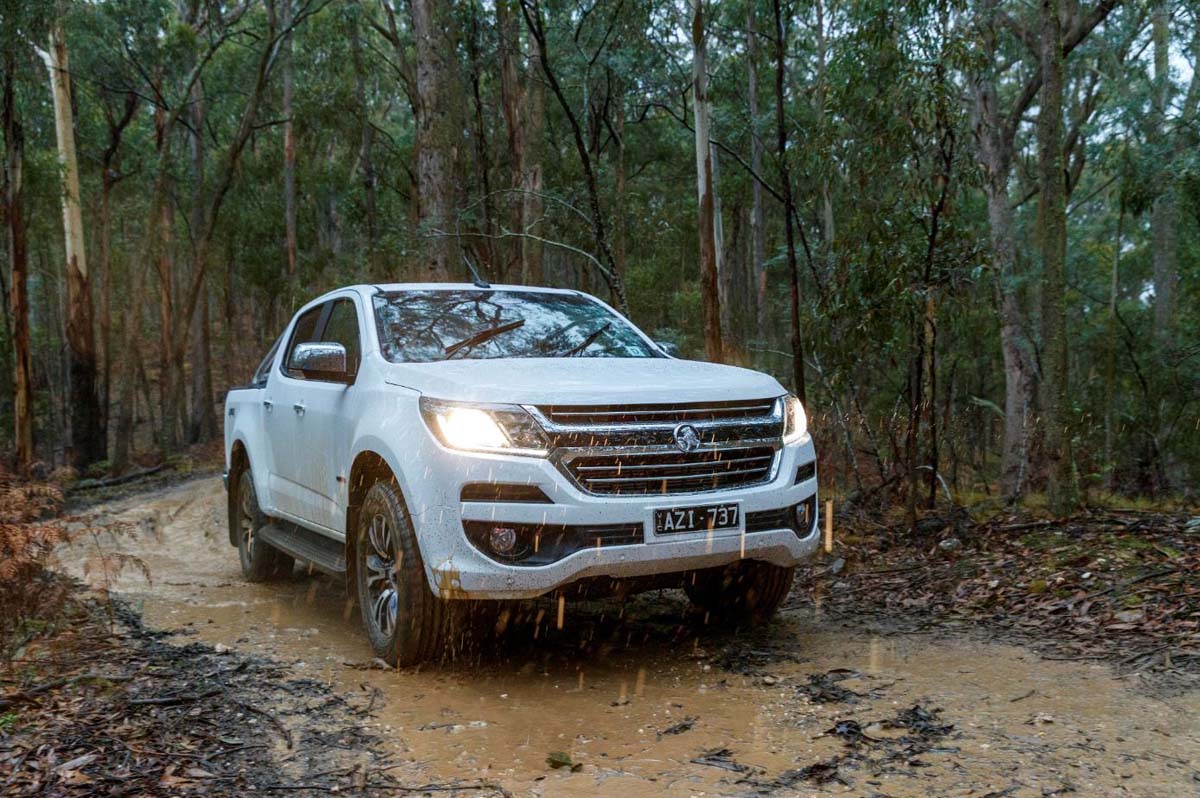 Volkswagen tell us that “even when driving at slow engine speeds, the ECU will try to regenerate the DPF to keep levels low. If the DPF warning light is illuminated, the recommendation is to drive as per the attached guidelines which involve higher speed driving”. VW also say that, if the engine was hot enough, the “DPF could regenerate even when the car was sitting at the lights, for example.” 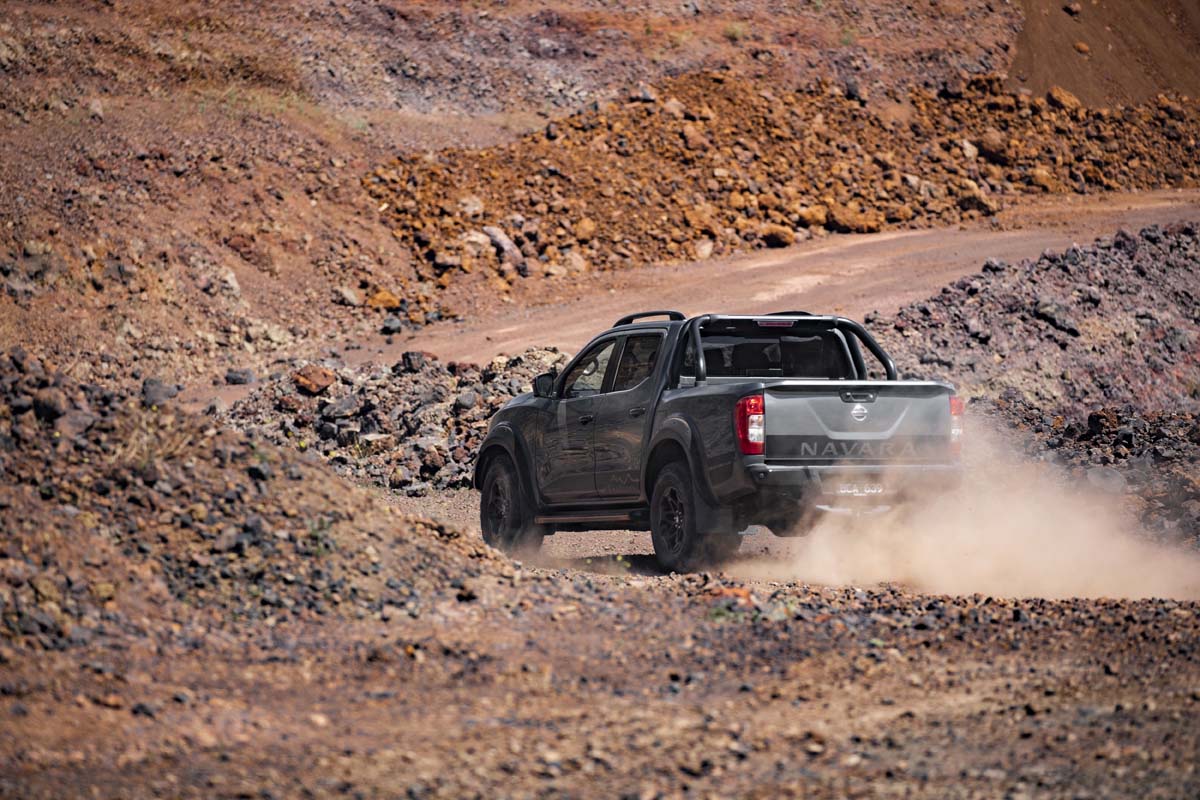 Nissan’s approach to the regeneration procedure is less clear, but it appears that sustained driving at as much as 80km/h is required to burn off particulate build-up in a Navara’s DPF.

Toyota has a similar automatic cleaning system to other makes, but it’s a fairly recent addition to their diesel range. DPFs were only added to the HiLux, Fortuner and Prado from mid-2018, while the 200 Series and 70 Series LandCruisers have had them since late 2015 and late 2016, respectively.

Toyota say that “a high engine operating temperature is necessary for this [regeneration] process to occur”, adding that “this will automatically occur when the vehicle is driven at 60km/h or above continuously for 20 to 30 minutes.” If such driving isn’t possible, a manual cleaning cycle can be engaged via a dash switch and operates with the vehicle stationary and at idle.

We’ve only covered a handful of the most common makes and models here, so if you’re not sure of your vehicle’s DPF regeneration process, consult the owner's manual or contact the relevant dealer. Some manufacturers also have DPF information in the Q and A section of their public websites.

So, what happens if a DPF fills up? Most manufacturers have, at the very least, a flashing icon or warning light on the instrument panel advising that the DPF is full. Given that a clogged DPF can lead to serious and expensive engine damage, it’s a warning that shouldn’t be ignored.

Ford tell us that “there are several warnings designed to alert the customer to soot overload conditions, the very last being a torque limitation. The vehicle can still be driven, however it is advised that the customer should visit a dealer where they can perform a stationary service regeneration using a service tool.”

Finally, it is also worth mentioning the fire risk around DPFs. Any 4x4 operated in long, dry grass runs the risk of starting a fire via engine or exhaust heat. In the case of a DPF, the risk isn’t so much from setting the vegetation alight as the vehicle goes by but from grasses that get caught in and around the exhaust. This has always been a risk, but with the very high temperatures in a DPF burn-off, it is even more of a risk. The solution is to avoid long grass, or if you must drive through it, constantly check and remove any build-up of debris from around the exhaust system and especially the DPF.

In summary; you probably don’t need to worry about the DPF in any modern diesel 4x4 provided the vehicle is serviced correctly and checked before your long trip, but you should know how your DPF and its regeneration process operates.

A DPF is a necessary evil these days. It is only there for emissions reduction and isn't essential to a vehicle's fundamental operation, but adds complexity, so much so that the vehicle can be immobilised or put into limp mode because of it.

That is a problem for those of us that rely on vehicles in remote locations, but it is not one that manufacturers seem inclined to address. Kudos has to go to Toyota for including a manual DPF system and, to some extent, Ford for making their system work at low speeds. But a 50km/h or higher minimum speed for DPF re-gen? That’s not good, robust bush design.