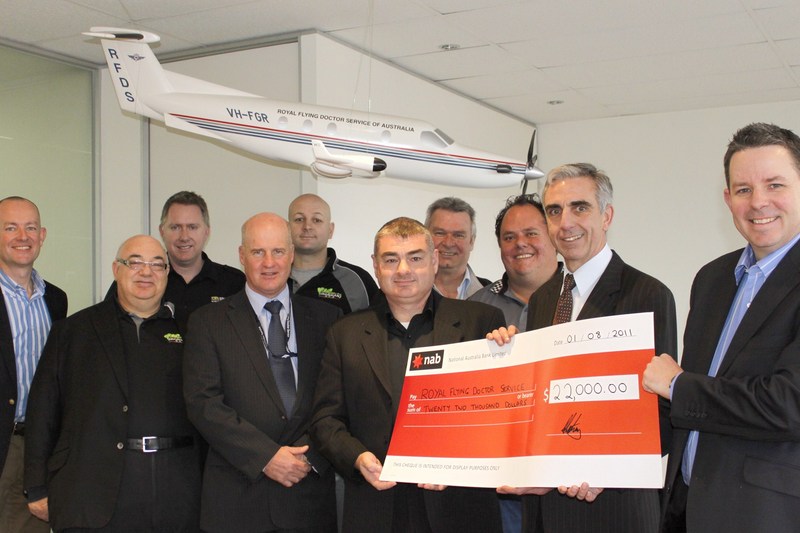 When launching the survey, the Council committed to donate $1 for every completed survey up to a maximum of $22,000
The Australian 4WD Industry Council has presented a $22,000 donation to the Royal Flying Doctor Service on behalf of 42,600 people who responded to a national road safety survey. The survey showed that bull bars and nudge bars are vital to Australian vehicle and occupant safety, particularly in regional, rural and remote areas.

The Council, which is a non-competitive specialist section of the Australian Automotive Aftermarket Association (AAAA), conducted the survey to gather accurate information about the Australian public's experiences with the use of bull bars and nudge bars.

When launching the survey, the Council committed to donate $1 for every completed survey up to a maximum of $22,000. AAAA Executive Director Stuart Charity said the Royal Flying Doctor Service was the ideal beneficiary for the donation because it provides valuable primary health care and 24-hour emergency services to those living, working and travelling throughout Australia.

"The Royal Flying Doctor Service saves lives and improves the health of people in regional and remote areas. These same people are the main users of bull bars and nudge bars to protect their vehicles from frontal impacts, particularly animal strikes," he said.

"We are delighted to deliver this donation to the Royal Flying Doctor Service at the maximum amount. The 4WD Industry Council makes this contribution in recognition of all those people who took time to participate in this pioneering survey," he said.

The survey was run on the Council website from January to March 2011 and results were based on the 33,620 questionnaires that were completed in full. "We believe this is the largest survey of bull bar users ever conducted. It has provided valuable facts and figures where previously we had only perceptions and estimates," said Stuart Charity.

The massive survey response was fed by strong public opposition to a Federal Government proposal to harmonise with European developed standards for vehicle frontal protection systems. This proposal was withdrawn in February 2011.