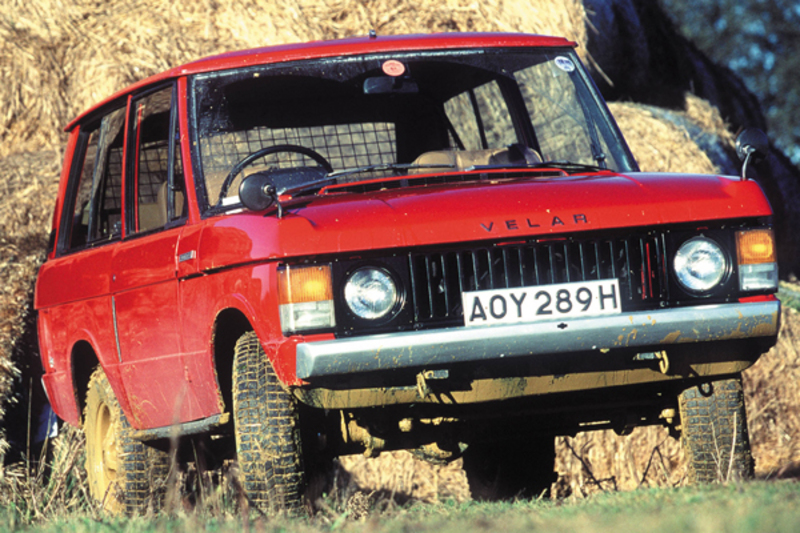 Several prototypes were built with two-wheel drive, using the P4 Rover car chassis
Land Rover had always wanted to build a 4WD wagon. The idea of a 4WD Estate car was first mooted in the fifties and in 1952 Rover built a concept called the 'Road Rover'.

Several prototypes were built with two-wheel drive, using the P4 Rover car chassis. Much modified and with a shortened wheelbase the chassis carried a 1997cc 4-cylinder engine (as used in the Land Rover) and had angular slab-sided bodywork. It was nicknamed "The Greenhouse".

Later in the 1950s a second version was built with rounded bodywork and the then new 2286cc Land Rover engine. As sales of Land Rover continued unabated, the project was shelved in 1959. While these first prototypes did not proceed to production, the seed was sown for such a vehicle.

Enter the sixties and Jeep were building a 'luxury' wagon, and the idea for an upmarket Land Rover again niggled Land Rover management. Marketing specialist Graham Bannock went to the USA to report to Land Rover on what vehicles Americans were buying. He reported that there was a growing market for recreational 4x4s, a market stimulated by the launch of the International Scout 4x4 in 1961. It was followed in 1965 by Ford's Bronco and the Chevrolet Blazer in 1967. Rover judged the time was right to again consider building such a vehicle, with work commencing in earnest in 1966. Consideration was briefly given to installing a softer suspension on a Land Rover, and adding an improved interior, but thankfully this idea was soon dismissed and the decision made to build a completely new vehicle.

Beginnings
With a clean sheet of paper the task of designing the definitive luxury Land Rover estate car was given to engineers Spencer King and Gordon Bashford. The first sketches were produced in 1966, and the name Road Rover appeared on these early renderings and clay prototypes. The new vehicle project was officially named the "100-inch Station Wagon". By August 1967 the first complete prototype was ready, and the classic lines, which were to be a hallmark of the Range Rover for twenty years established.

Seven prototypes of the 100-inch station wagon were built, but no major styling changes were introduced. It is quite amazing that the engineers and stylists could get it so right from the beginning, and create a vehicle that was to remain contemporary for over two decades.

The styling department under David Bache had taken the well-proportioned prototype design and honed it into a striking body. The first prototype 100-inch station wagon was given the Engineering Fleet number 100.1. It was used for cross country trials and subsequently scrapped. Prototype 100.2 was a left-hand drive and was a chassis proving vehicle.

Seating arrangements were still being sorted out, with mounting of seat belts to the base of the front seats to allow access to the rear seat requiring legislative approval.

Of the seven prototype vehicles built, it is believed that only number 100.6 survived. It was located in 1969 still operating in the UK, and interestingly it retained the original SU carburettors that were used on the prototypes. Production models used the Zenith-Stromberg carburettor.

Detailing features on rear mirrors, switches and body refinement were finalised, and the name 'VELAR' was used for registration and badging purposes to try and confuse inquisitive observers.

The origin of the name Velar is said to be Vee-Eight LAnd Rover. The name Range Rover was finally adopted as it was thought it would appeal to the US market. Ironically the Range Rover never went on sale in the USA before 1987 with local and European demand outstripping supply.

Launch day - 17th June 1970
Rover described the Range Rover as "the first completely new model to be introduced by the Rover Company since it became part of the British Leyland Motor Company. It is an all-purpose vehicle designed for people seeking deluxe car travel combined with high performance impeccable handling - and all the advantages of the Land Rover. It represents a completely new concept in motoring because of its mechanical and styling innovations".

The Range Rover was an immediate success. This can be attributed to the fact that Rover showed that a 4x4 did not have to be truck-like in design, or performance. Further, comfort and on road performance could be equal to an executive saloon, without sacrificing off road ability.

The Range Rover was a giant step forward over the traditional Land Rover and immediately created its own market niche.

Notwithstanding it was not without its faults, which included an agricultural gear change, legendary transmission backlash, and poor interior noise blanketing. However, customers were prepared to overlook any faults as the Range Rover was a vehicle, like nothing ever seen before.

Features
The Range Rover was mounted to a rigid box-section chassis, with beam axles front and rear, suspended on long-travel coil springs. The suspension was the key to the Range Rovers success and was specially developed to allow exceptional wheel travel enabling it to cross rough terrain, easily and comfortably.

Ride height at the rear was kept constant irrespective of load by a Boge Hydromat self-levelling strut mounted to the axle, which allowed softer suspension settings. The front axle was located by long radius arms and Panhard rod, while the rear used tubular trailing arms. Rear shock absorbers were mounted one behind and one ahead of the axle.

Inside the driver enjoyed a commanding seating position with excellent view over the flat bonnet. Large areas of glass enhanced vision and the feeling of interior roominess. There was seating for five, and adequate cargo area.

The first models featured rather basic interior finish of moulded plastic. Improvements to finish, upholstery and dash were to come later. Instruments were contained in a neat pod, with column stalks utilised for lights, washers and wipers. The gear selection columns were uncluttered with long gear lever, a short selector for high/low range and a lift-up switch to engage the vacuum-operated locking differential.

The Range Rover consisted of a sturdy inner steel shell of steel to which an outer skin of aluminium panels were attached.

Performance
The Range Rover could accelerate from 0-50mph in 11 seconds and to 60mph in 15.2 seconds. It had a top speed of 90mph (145 km/h) and was no slouch around town. The ride was car-like, while off-road the Range Rover had few peers.

In off-road terrain the Range Rover actually surpassed the Land Rover, permitting higher speeds without loss of comfort. The suspension absorbed the bumps, but importantly allowed traction to be maintained as wheels kept constant contact with the ground, thanks to the incredible wheel travel.

The Range Rover was the first vehicle to be displayed in the Louvre in Paris (1971) as an example of modern automotive art. 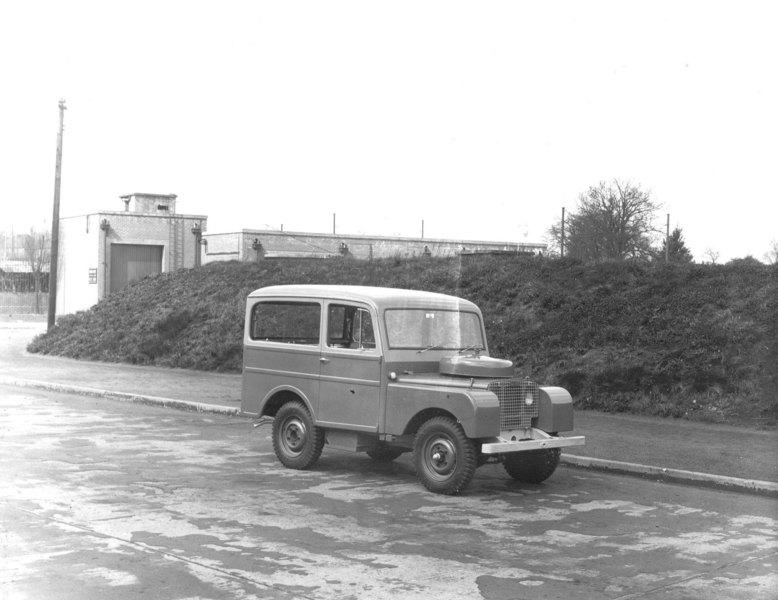 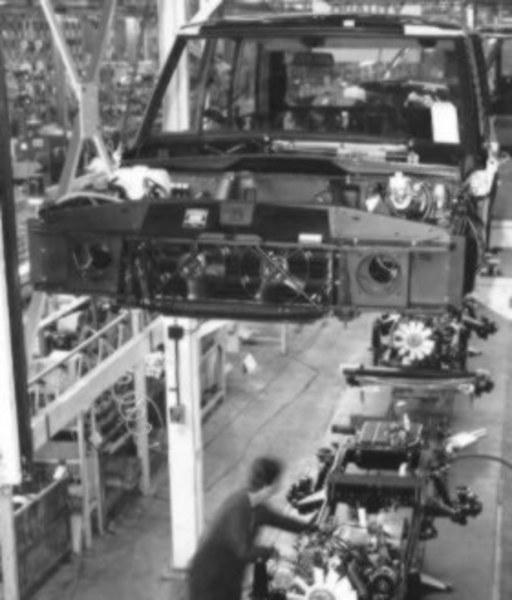