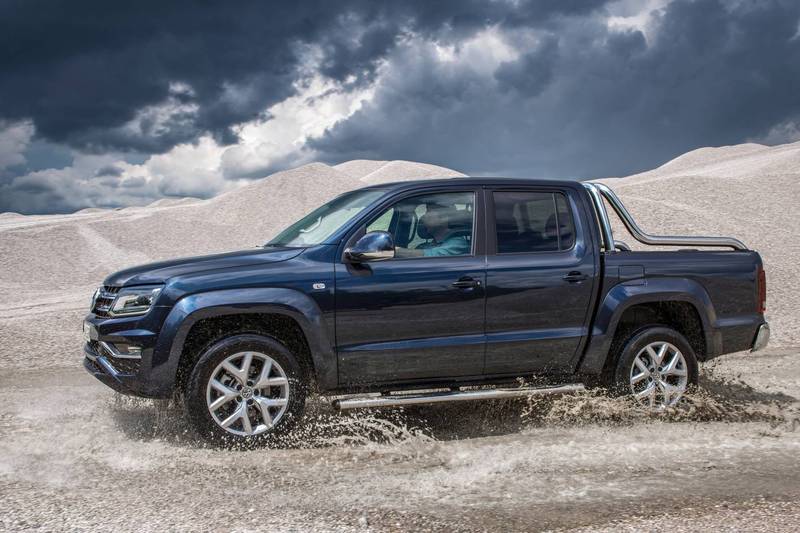 Over-boost increases standard power from 165kW to 180kW. Torque lifts from 550Nm to 580Nm. Kicking in at 70 per cent accelerator extension, optimal over-boost is delivered in 3rd or 4th gear from 50km/h and hangs in for 10 seconds. After a five second off time, over-boost can again be accessed.
Remarkably for a vehicle of its type, the Amarok V6 is capable of completing the 0-100kp/h sprint in 7.9 seconds and - in controlled conditions - of accelerating from 80-120kp/h in 5.5 seconds. Uniquely among its peers, the Amarok V6 has disc brakes front and back.
On sale from November 24, Volkswagen had as of yesterday received more than 6000 inquries from interested customers. "The Amarok V6 is not an over-hyped concept or a badge engineering exercise," Volkswagen Commercial Vehicles Director Carlos Santos said. "It's real, it's almost here and it brings the world's best V6 turbo diesel, the same unit used by Porsche and Audi in luxury SUVs."
Full pricing and specification for Amarok V6 will be announced in coming weeks.
Advertisment
Advertisment