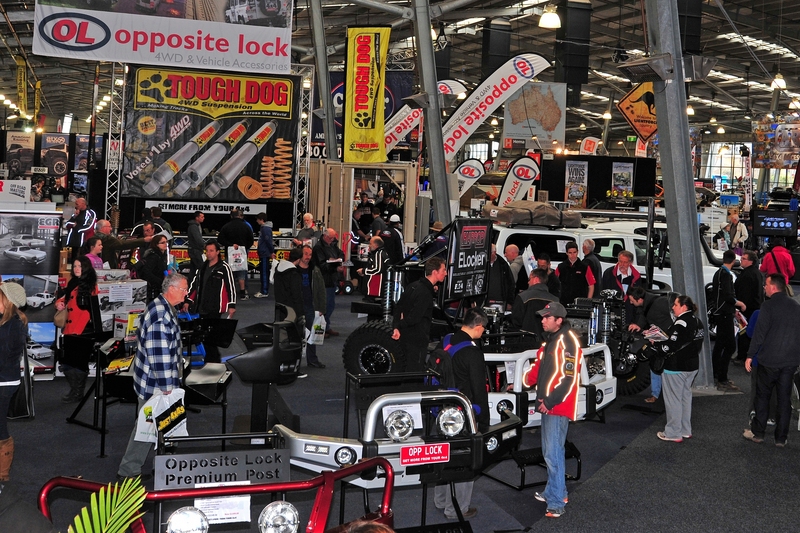 This year's National 4x4 & Outdoors Show and Fishing & Boating Expo at the Melbourne Showgrounds attracted a total of 30,522 people.

Over 50,000 square metres - the largest footprint ever of Melbourne's Biggest Outdoors Expo - was dedicated to the outdoor lifestyle with 240 exhibitors showcasing hundreds-of-thousands of products, including World and Australian premieres, with crowds lining the streets prior to the gates opening each day.

"The 2013 National 4x4 & Outdoors Show and Fishing & Boating Expo was a resounding success - the overall crowd numbers were really pleasing, the weather gods smiled on us and there was a real buzz around the show this year," said Paul Morgan, Event Manager.

"The feedback we received so far has been overwhelmingly positive, with many exhibitors recording strong sales, in fact some their largest ever, and visitors impressed by the variety of products and activities on display.

"From previous shows, we knew that parking would be limited at the Showgrounds, so we liaised with Metro Trains for special train services on the weekend, which proved extremely popular."

For the first time ever, a dedicated Automotive Pavilion was established; hosting the Australian premiere of Tata Motors as well the latest from Holden, Suzuki, Nissan and Isuzu UTE, with the manufacturers extremely satisfied by the weekend's showing and interest.

"With the demise of the Melbourne International Motor Show this year it was imperative that we found a replacement that allowedus to display and demonstrate the benefits of our vehicle to the Victorian market and the show provided the perfect opportunity to do so - with great success."

"The Melbourne 4x4 Show was a great success and yet again a very well-run event. Paul Morgan and the team at ETF have again delivered a fantastic event, with plenty of exhibitors with outstanding stands. There was plenty of entertainment and presentations throughout the entire show," said Justin Schulte, General Manager Sales - Retail, Dometic Australia Pty Ltd.

Over $12,000 was raised for the show's official charity of Love Your Sister, with actor Samuel Johnson taking on a Monster Truck on his unicycle as part of his goal to raise $1 million for breast cancer research.

"All of us at Love Your Sister had an amazing time at the National 4x4 & Outdoors Show and are thrilled to have smashed the original fundraising goal of $10,000 by over $2,000. We cannot thank show visitors and their organisers enough for the generousity and support," said Emma Rooke, on behalf of Love Your Sister.

"We learnt quite a few things from the show including that there is no such thing as 'enough balloons', monster trucks are seriously awesome, we will never look at a nanna on the road the same way again thanks to the show on the Action Arena, WAECO make really cool stuff and that Sam should steer clear of trucks, particularly those of the monster variety!"


Fishing & Boating Expo
Over at the Fishing Pavilion, returning exhibitor, Action Kayak & Sail recorded strong sales both during the Show and afterwards with interest increasing in the sport of kayak fishing, while its sister company PFD Australia, exhibiting for the first time, also recorded impressive sales and interest.

"We were really pleased with the results from the weekend with both the Action Kayak & Sail and PFD Australia stands packed across all three days with sales and customer interest exceeding even our highest expectations, demonstrating to us we were exhibiting the right products at the right show ... And we'll definitely be back next year," said Glenn Sheldon, owner, Action Kayak & Sail and PFD Australia.

Visitors to the Show were spoilt for choice with the various interactive exhibits including the Fishing Stage and the Action Arena, with standing room only at many of the shows and presentations by big name guests including Pat Callinan, Peter 'spida' Everitt and Paul Worsteling.


$10,000 win
One lucky visitor to the National 4x4 & Outdoors Show and Fishing & Boating Expo also won a $10,000 Touring and Adventure Package thanks to ARB and Anaconda, simply by walking through the gates and registering their details at the relevant stands.

The National 4x4 & Outdoors Show and Fishing & Boating Expo will return to the Melbourne Showgrounds in 2014, with next year's dates set for August 29-31. 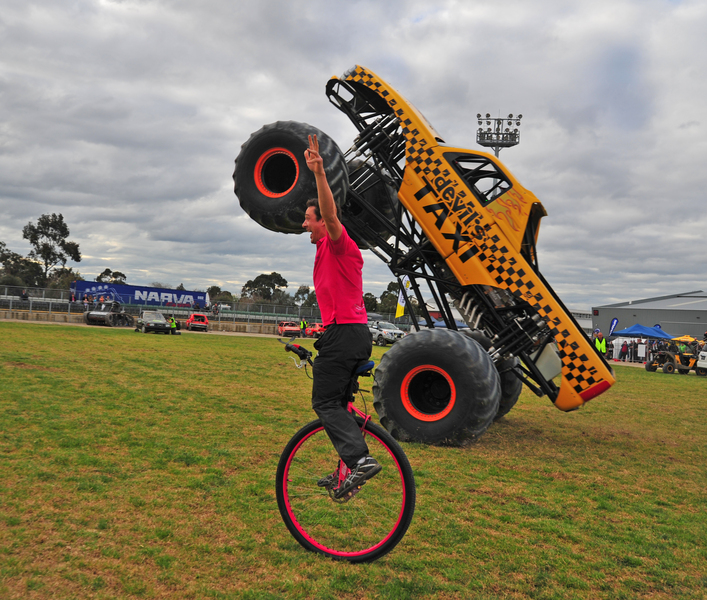 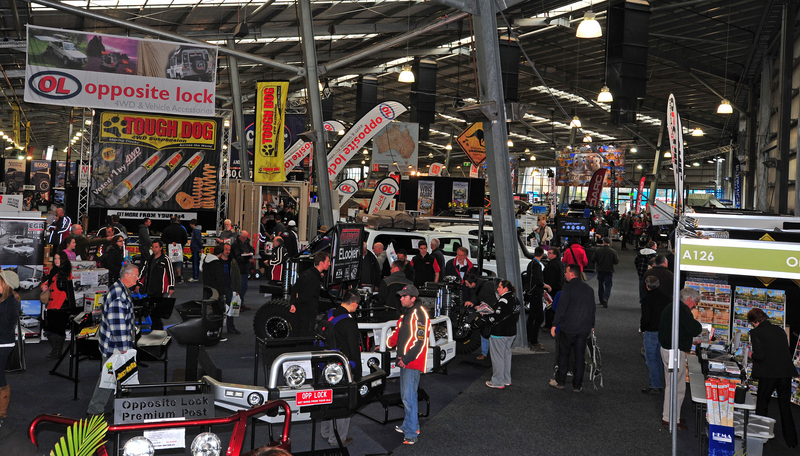 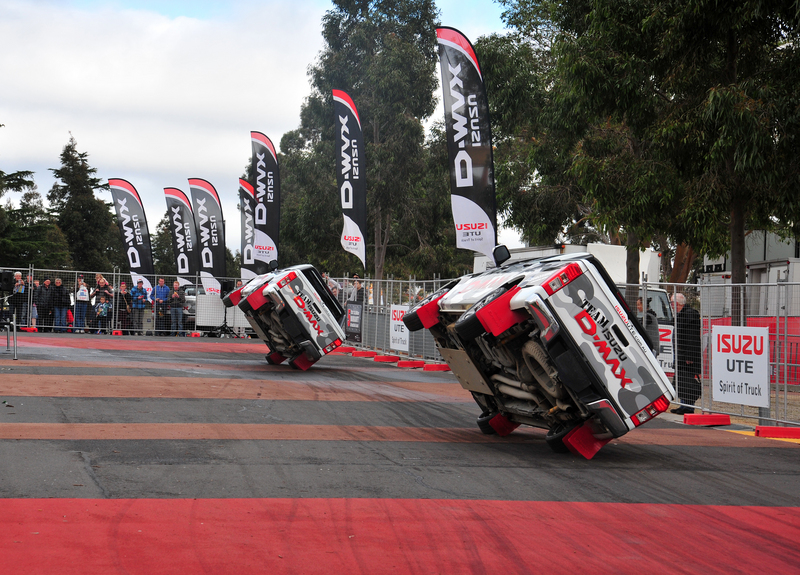 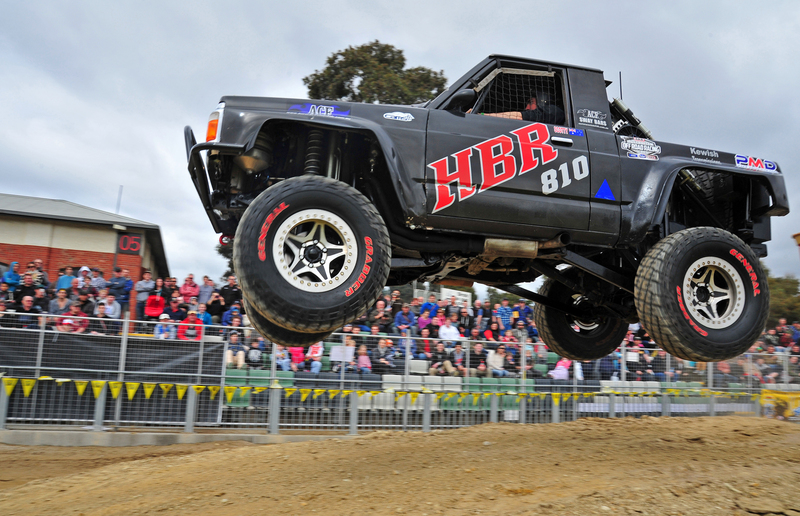