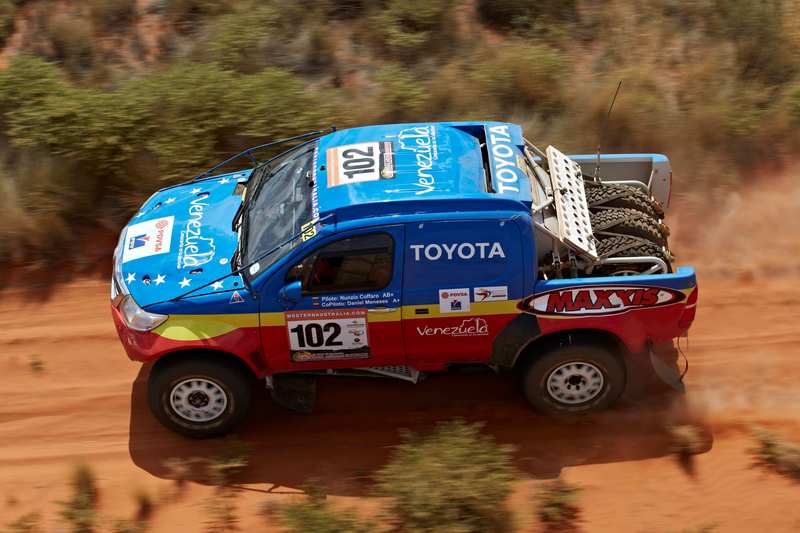 The course comprised remote countryside along the Gascoyne River and around the Kennedy Ranges, covering dry creeks, claypans and fence lines. Leg 4 finished in the small community of Gascoyne Junction where the Safari crew increased the town's population by 500 percent!

First and second on this inland leg were Geoff Olholm/Gordon Trigg (Mitsubishi Pajero) and Nunzio Coffaro/Daniel Meneses (Toyota Hilux). However, as both are carrying time penalties from failing to complete earlier legs, they sit well down the leaderboard. Similarly, the Kerry Turley/Rohan Canavan Patrol performed well on this leg, but is also carrying a time penalty.

Coffaro, from Venezuela, said today's racing was like a movie finale.
"There were three cars racing - the Holden (Hederics), the Isuzu (Di Lallo) and (our) Hilux. But we got a puncture during this time and we changed the tyre and caught up, then the Isuzu got a puncture."

Punctures have been the bane of the Venezuelan team's prototype Hilux since the first day, with Coffaro confirming they'll try different rubber for Leg 5. Having experienced Dakar this year, in the same vehicle, Coffaro has found a new and different challenge on the Safari!

Third on Leg 4, John Hederics and Kees Weel in the Holden Colorado still hold the overall lead in the auto division. Hederics said the second stage was really rough and rocky, but the car was holding up well.
"We're trying to consolidate now and took it easy, we were happy to let other cars go past us. We're glad to be back."

Herridge, in the Production Class Subaru Forester, said he and Hill had a rough day on the course.
"We decided to take it easy today so we wouldn't make any mistakes with the navigation, but we still got lost," Herridge said.
"When we found our way again we got caught in someone else's dust, the frustration set in then we got a puncture, but we made up time in the last stage to finish on a high."

The gap between Hederics/Weel and Rob Herridge/Sam Hill is now 33 minutes.

After suffering a time penalty on Leg 3, the Thai pairing of Rachan Trairat and Peerapong Sombutwong in an Isuzu D-MAX had another dramatic day with a rollover on Leg 4's first stage. They were not hurt and the mechanics are working to get the car back on track for Leg 5.

The Australasian Safari has a double overnight stop in Gascoyne Junction, where floods in December 2010 saw record-high water levels. Shire CEO Dirk Sellenger said the community had almost recovered since then, and will soon have a new $7.6million tavern, roadhouse and caravan park to service the region's locals and tourists.

With the Safari now past its halfway point, Leg 5 will stay in the Gascoyne River region, starting with a 147km stage circumnavigating the huge Bidgemia pastoral station. Competitors will face a rough, overgrown run and flood-damaged river plains with many sandy creeks and river crossings.

The day's huge 301km second stage follows a disused road including a stony floodway, fence lines, and hidden rocks. A highlight will be crossing the Gascoyne River, with Leg 5 finishing with a fast-flowing rally road section.

For more information on Australasian Safari and the latest results visit www.australasiansafari.com.au 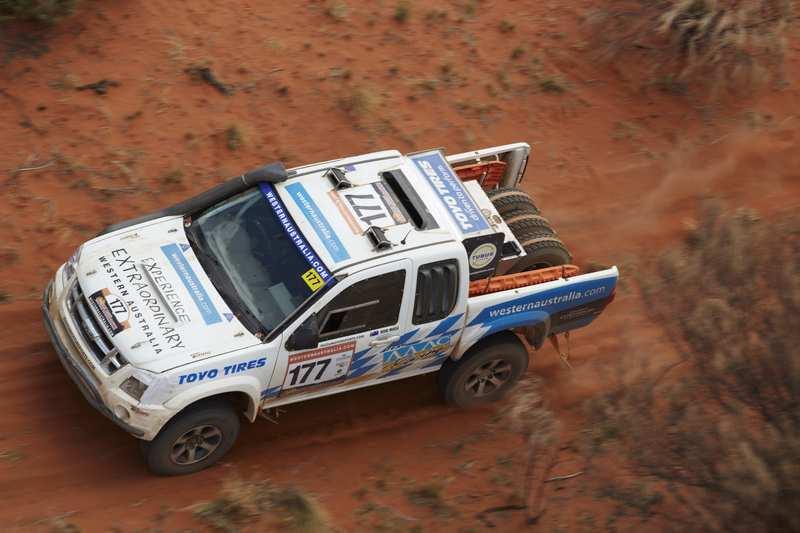 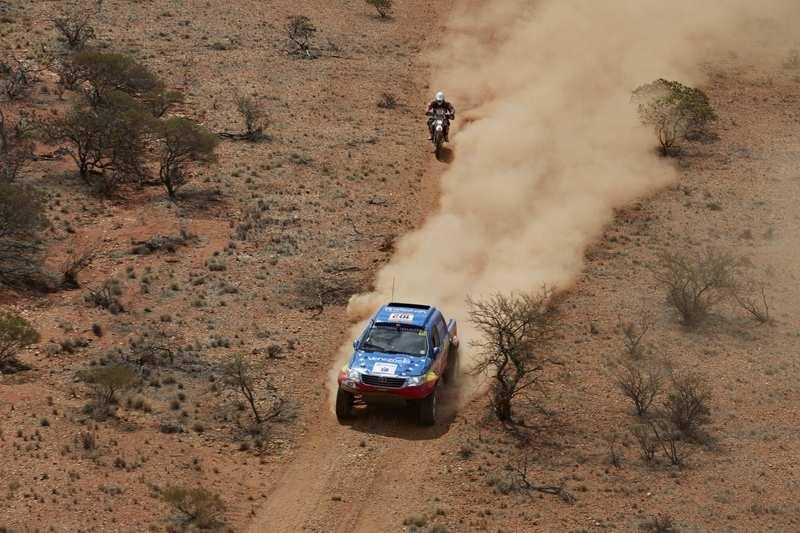 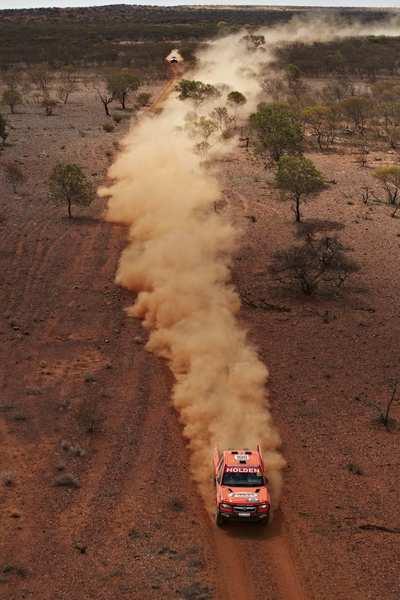 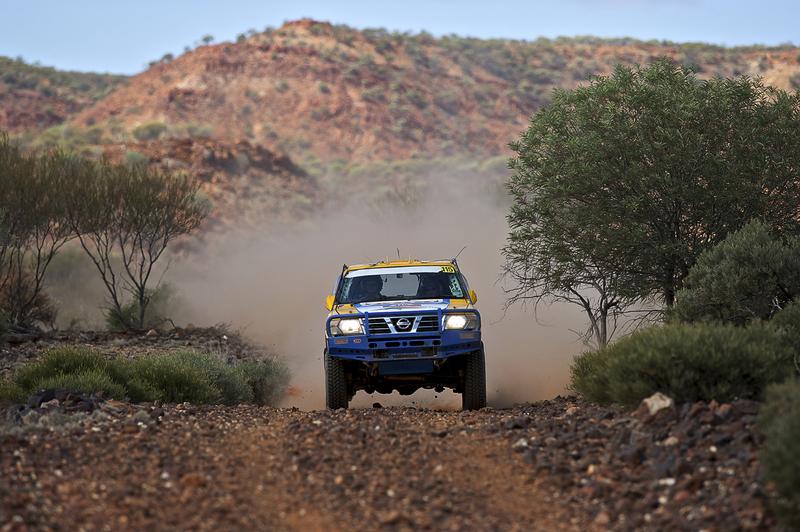