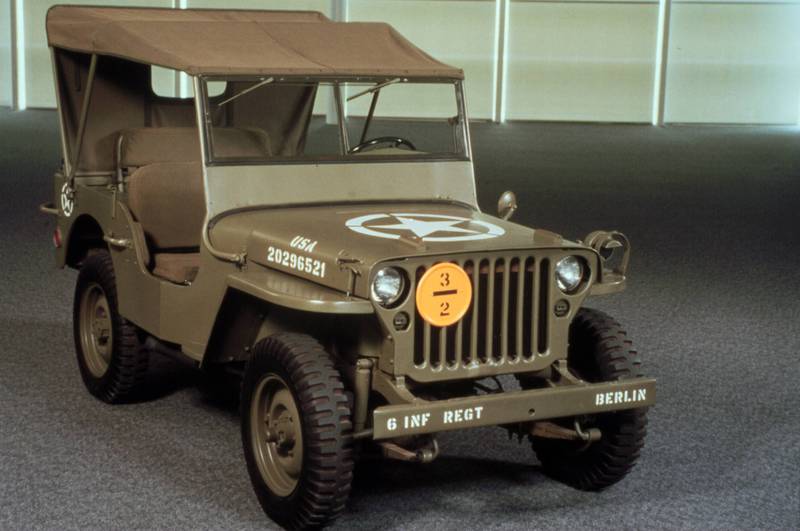 Like many great ideas, the Jeep was borne of necessity, becoming the best known of the early, light utility 4WDs to be mass-produced
The Willys Jeep like the Model-T Ford is a motoring icon. The ubiquitous small four-wheel drive was considered by American President Harry S Truman as "America's greatest contribution to modern warfare." And it was in WWII that the Jeep was to earn its stripes, and be credited to a large degree with the success experienced by American and Allied forces.

Like many great ideas, the Jeep was borne of necessity, becoming the best known of the early, light utility 4WDs to be mass-produced.

In June 1940 as war raged in Europe, the US military issued specifications for a General Purpose Vehicle (GPV) four-wheel drive that could go anywhere. Manufacturers were given one month to respond.

Only two companies submitted bids with the American Bantam Company winning rights to build a series of prototypes. The Bantam Company was a small affair, and while meeting the stringent government deadlines, were later to find that the US Army was secretly passing on their plans to the Willys-Overland Company and Ford, who were also asked to build prototypes.

The Bantam GPV was built and available for testing by September 1940, having undertaken the critical design and development work that was passed on to Willys and Ford. Two months later the Willys prototype, called the 'Quad' was available, followed 10 days later by the Ford 'Pygmy'. As they were all based on the Bantam's design they all looked similar, although the Ford used a flat grille. The Bantam was powered by a 45hp engine, as was the Ford, while the Willys used a 63hp engine. All three prototypes met approval and an order for 1500 was placed with each manufacturer.

Considering American Bantam had undertaken the majority of design work there was pressure to give them the complete contract, but the Quartermaster General wanted alternative suppliers, and the Bantam was eventually overlooked in favour of Willys and Ford.

The initial order stipulated the Bantam design be used, with the use of the Ford flat bonnet on all models (as this added usable space to the body) as well as other selected improvements from each manufacturer. Although using three manufacturers all three models became increasingly similar.

The Quartermaster Corps placed an order for 16,000 vehicles with Willys for an improved model designated the MB while as a further insult to the American Bantam Co. a second order of 16,000 vehicles went to Ford, providing they built the Jeeps to the Willys specifications. The Bantam Company was forced to cease Jeep production in 1941.

While Willys registered the Jeep trademark, a Federal Trade Commission hearing of 1943 established that Willys did not invent the Jeep, which was largely the work of Karl Probst of the American Bantam Company.
Both the Willys and Ford company's built Jeeps, which are virtually identical, with all parts interchangeable.

The Willys MB
The original quarter ton 4x4 truck was conceived by the American Bantam Company and was copied by Ford and Willys-Overland. The Willys version was initially called the Quad and featured a stronger 60hp engine although it also weighted almost 500lbs more. The Willys borrowed the flat hood designed by Ford, and all three used a similar Spicer four-wheel drivetrain.

The Willys-Overland Quad went by the factory designation MA (Model A). Following construction of their initial 1500 order, the Willys was overhauled by chief engineer Barney Roos and the slightly upgraded model went by the designation MB.

The MB Jeep was described as a general purpose, personnel or cargo carrier adaptable for reconnaissance or command and designated as a quarter ton 4x4 truck. It was a 4x4, powered by a 4-cylinder L-head petrol motor through a three-speed transmission equipped with a transfer case. The engine displaced 134.2 ci and produced 60hp @ 4000rpm and 105 ft-lbs. @ 2000 rpm.

Its body was open, with a folding top, a windshield that could fold flat onto the bonnet, and a spare wheel was mounted on the rear. Its wheelbase was 80-inches with an overall length of 132.5-inches. 62-inch width and 52-in height with roof down. Ground clearance was 9-inches, with a maximum fording depth of 21-inches.
The Jeep was designed for practical in-field servicing, with the engine able to be removed leaving the gearbox and transfer box in place. The three speed Warner Gear T-84J gearbox had synchromesh on top and second. The transfer case was a 2-speed Spicer Model 18, with Spicer axles used at front and rear.

The MB Jeep differed in many ways from the MA, with the majority of revisions designed to increase interchangeability of the Jeep with other military vehicles.

These changes included a new improved air cleaner, installation of a bigger 6-volt 40amp capacity generator, 6-volt battery and 5-inch sealed beam headlights. Small front and rear blackout lamps were also added. Front headlights were positioned within the iron bars of the grille, and the bonnet hood was also flatter. The handbrake was moved from the left side of the driver to the centre, and a floor mounted gear shifter was used in place of the MA's steering column shift.

Whereas the MA fuel tank had a 10-gallon capacity, the MBs carried 15 gallons.
Other MB features included the provision for carrying an axe and shovel on the drivers side, the use of a double, rather than a single bow canvas top, and adoption of conventional military version dash gauges. Steering tie-rods were mounted higher on the MB and additional protection provided for the hydraulic brake hoses and sealed spring shackles. Also fitted was a power take-off.

After production commenced other additions included a dashboard box, and tyres were changed from 5.00 to 6.00x16.

From 1941 through to 1945 Willys built 361,349 MB Jeeps, while Ford turned out 277,896 General Purpose Willys, which were nearly identical to the MB, with the Ford identified by their inverted U-section front chassis cross-member which differed from the tubular cross member used by Willys.

The last military Jeep of World War II was produced by Willys-Overland in Toledo, Ohio on 20 August 1945. 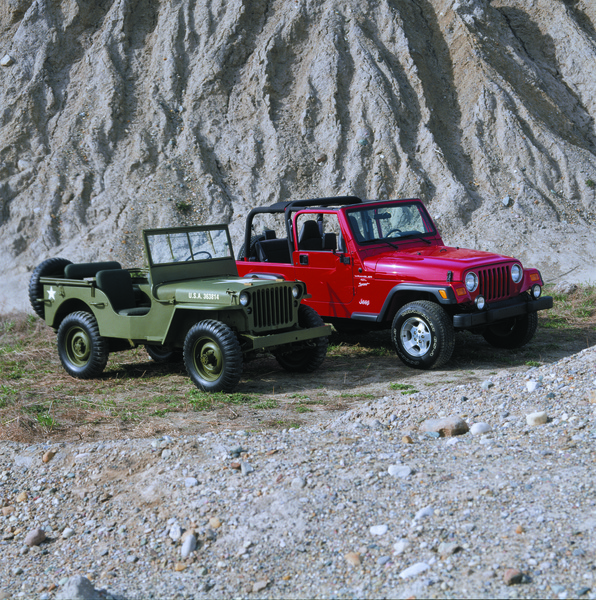